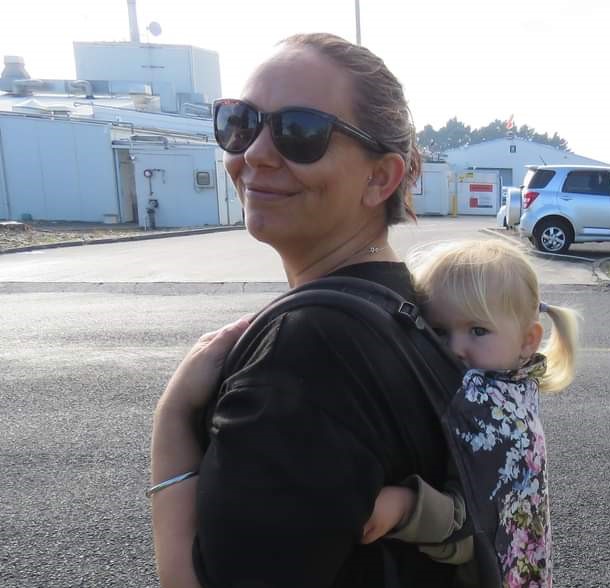 Next in our series of Mother and Daughter vegan activists, we meet Summer Aitken and her two-year old daughter, Nova.

Summer, can you outline your journey towards veganism/animal rights?

I grew up in a small rural community on a lifestyle block and was indoctrinated with messages like ‘cows turn grass into milk’ and ‘animals give us meat.’ I was always the child that brought home strays and bottle-fed dozens of lambs for the farmer next door, but due to my upbringing the disconnect was strong and I continued to eat animals well into adulthood.

I worked for a long time in dog rescue and a comment from a rescue colleague was a major turning point in my thinking. She said, “I wonder how many of us who spend hours and hours of every day saving dogs’ lives go home and put the body of some other poor animal in the oven and eat it.”

That really shook me and I stopped eating meat.

Soon afterwards, I was invited to a friend’s dairy farm to feed the calves. While I was there I learned about ‘colostrum cows’ – they had coloured tape around their tails to identify them, and a desperate, grief-stricken look in their eyes. These depressed looking animals who had so recently given birth were marched into the milking shed before the rest of the herd, and their colostrum brought to the calf shed on the back of a tractor trailer. At the calf shed some of the tiny newborns had yellow ear tags and were fed the colostrum from the milking shed, and other calves in separate pens didn’t have ear tags were fed powdered milk replacement. I asked a lot of questions and the answers devastated me.  It was around nine years ago now, and I’ve been vegan from that day on.

Activism helps me cope in a non-vegan world. I feel that the least I can do for the animals is actively try to help change things for them.

Activism helps me cope in a non-vegan world. I feel that the least I can do for the animals is actively try to help change things for them.

Nova has been attending animal rights demonstrations and vigils since she was in the womb, and has always been vegan. Tell us why you think veganism is the best diet/lifestyle for her?

As a long-term vegan I’ve done a lot of research on nutrition over the years and I’m confident that a balanced plant based diet is the healthiest way for Nova to eat. She gets all the nutrition she requires for optimal growth and development from whole plant foods and breastmilk. Nova’s been vegan since her conception and is an absolute picture of health – she had an unassisted homebirth, has never had any illnesses, is in the 91st percentile for height, and is ahead of all her developmental milestones.

But veganism is more about ethics to our family. I am teaching Nova compassion for all beings. I want to instil in her that it’s never okay to harm someone else for your own benefit, and that absolutely includes our friends of different species. Veganism comes naturally to small children who would never instinctively hurt an animal, so I believe this lifestyle allows Nova to keep her indiscriminate compassion intact.

Veganism comes naturally to small children who would never instinctively hurt an animal, so I believe this lifestyle allows Nova to keep her indiscriminate compassion intact.

Tell us some stories about your little girl that show her ‘vegan-ness?

When Nova sees cows in a paddock she’ll say, “oh he’s so cute,” just the same as when we see a puppy or a cat. She doesn’t see the separation between pets and farmed animals and ‘pests’. A praying mantis made their way into our kitchen recently and she asked if she could pat him. I thought that was a beautiful example of how she doesn’t discriminate between species.

Nova has been to several slaughterhouse vigils and shows genuine empathy for the animals there. She’s only recently turned two but she understands that we are trying to help them.

She also eats a lot of things that other children her age wouldn’t, including raw tofu, broccoli, mushrooms, and hemp seeds by the spoonful!

What do you hope for Nova in the coming years?

I hope that in the coming years the world will move away from animal agriculture towards plant based food systems, so that Nova and her generation can live in a kinder, more peaceful world.

Through our animal rights activism I hope Nova will learn that it’s important to speak up for what you believe in. I try to show her that advocating for those who are oppressed, exploited, and otherwise less fortunate than ourselves is the right thing to do. I hope she’ll see that even when you stand in the minority, if you stand peacefully on the side of love and non-violence you can make a difference. 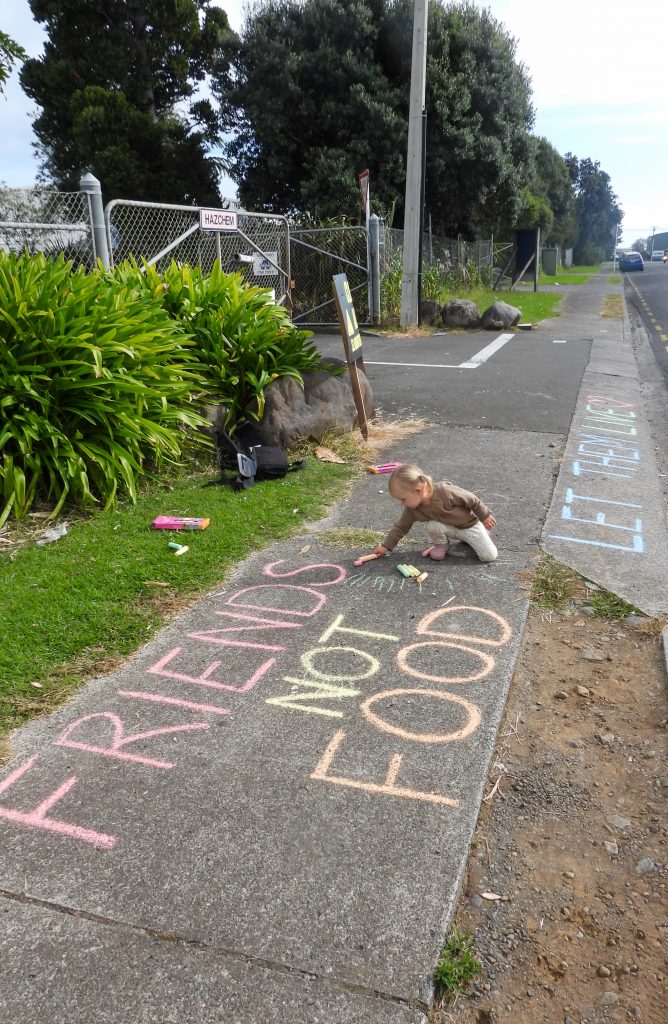 Thankyou for your time, Summer.