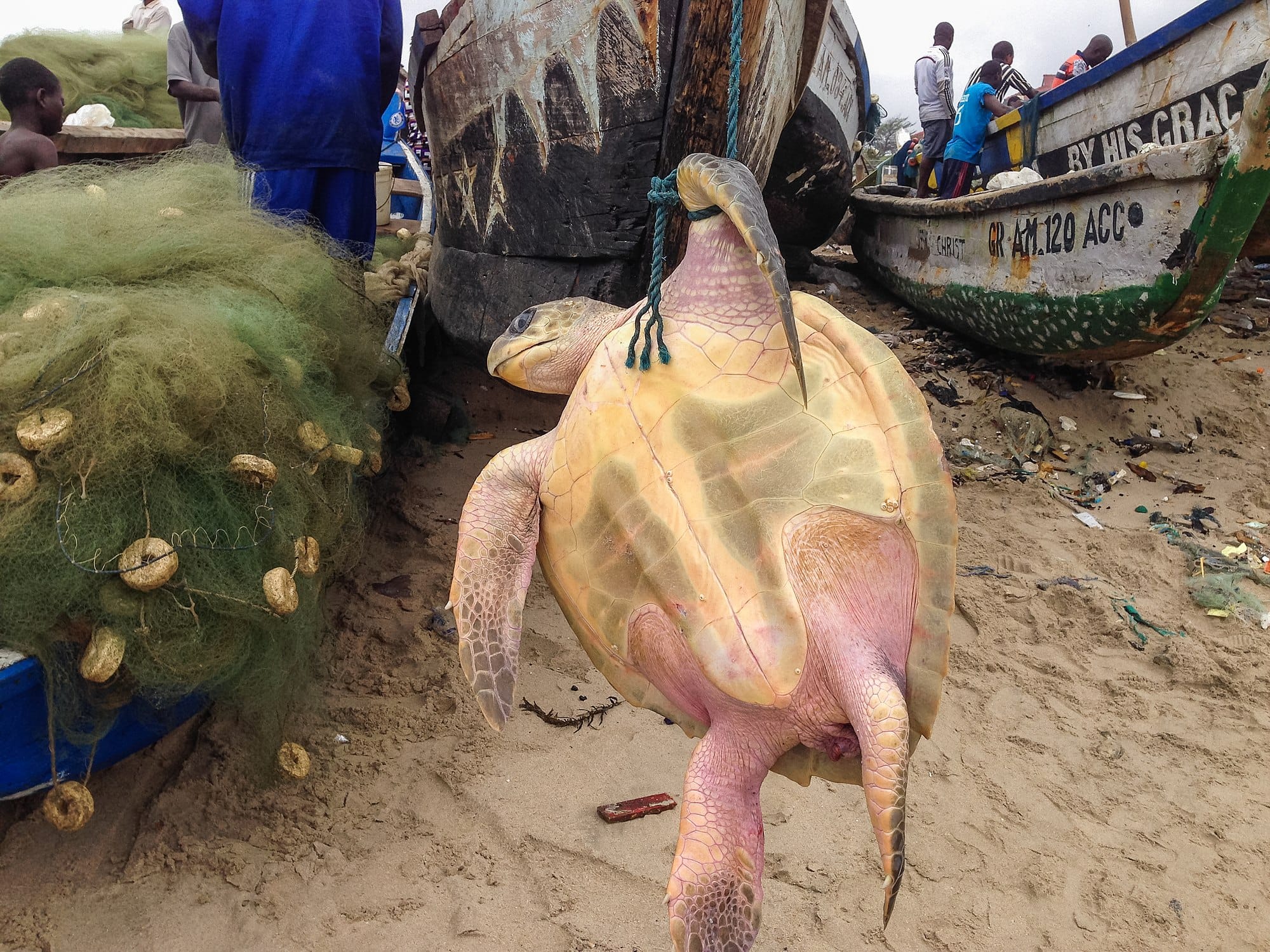 Turtles have been on this Earth for well over 200 million years. Now, however, the turtle is facing a grim future. Over half of the world’s turtle species are at risk of extinction.

The turtle’s current state of danger is due to the actions of people! There are several different factors contributing to the endangerment of the world’s turtles. 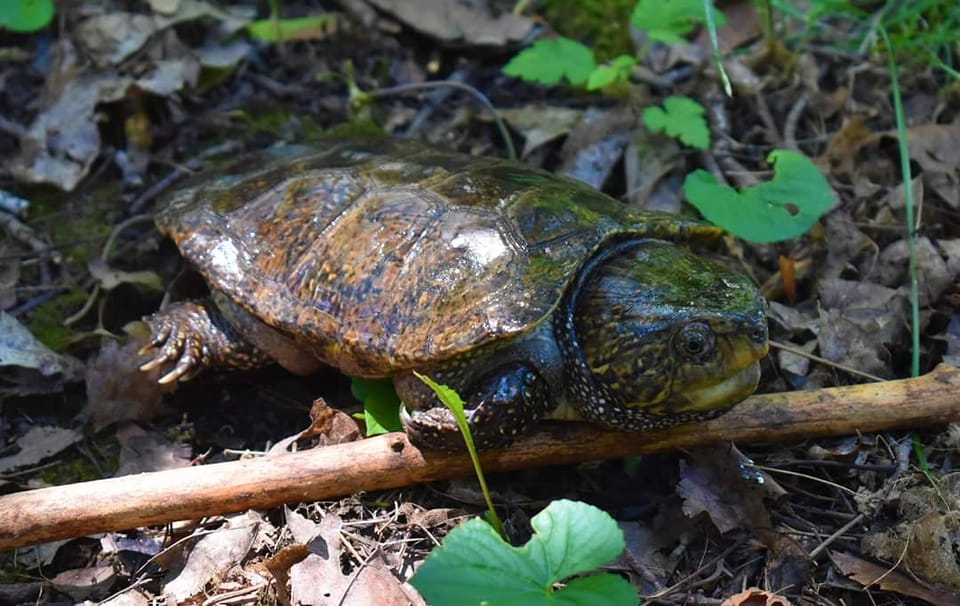 Chinese Big-Headed Turtle (Platysternon megacephalum). This turtle is a critically endangered species, declining due to being exploited and hunted for meat. Photo credit: Matt Ellerbeck

The biggest issue impacting these animals is the loss or fragmentation of their natural habitat. Turtle habitats of all kinds are being degraded and destroyed at an alarming rate. Wetlands are drained, forests are destroyed and waterfronts are developed. Turtles are literally losing their homes.

The loss of habitat and the increase of human activities and recreation on the water and on beaches also affects turtles and their nests in a negative way. Waterfront developments restrict turtles from prime basking and nesting sites. Containments and sewage runoff from such developments can also cause harm to turtles.

Pesticides, oils, chemicals, and industrial pollution may contaminate the habitats of turtles and their local prey items. When the turtles eat contaminated prey, they may become poisoned and die. These developments may also cause water levels to rise which can drown nest sites, destroying turtle eggs. 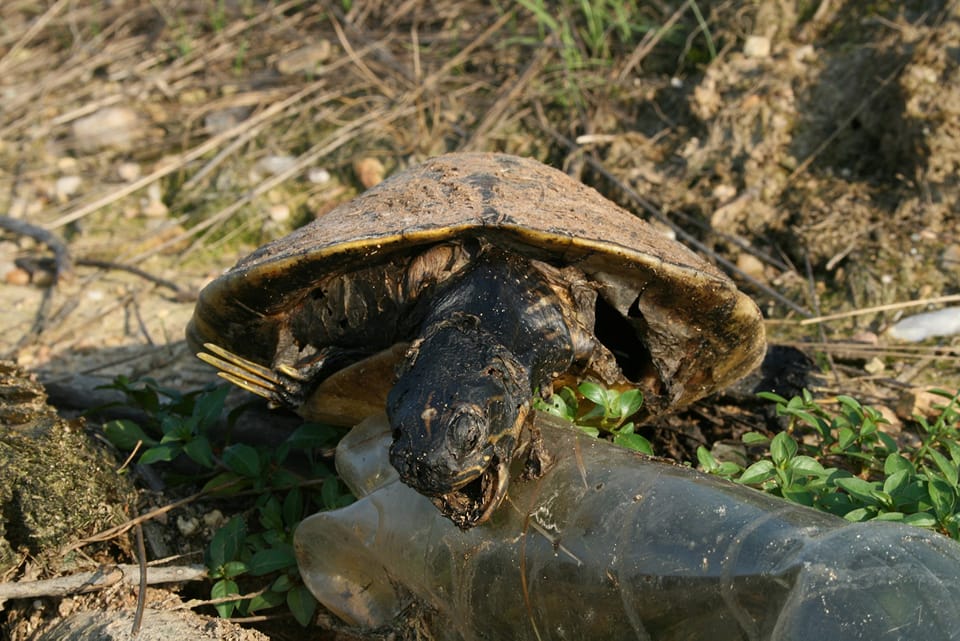 Plastic waste and pollutants can harm and kill turtles in a variety of ways. Plastic bags and twine can choke and strangle turtles, while ingesting waste can cause death. You can help by properly storing waste, cutting plastic rings, and cleaning litter around wetlands, waterfronts, and beaches
Photo credit: Ildar Sagdejev 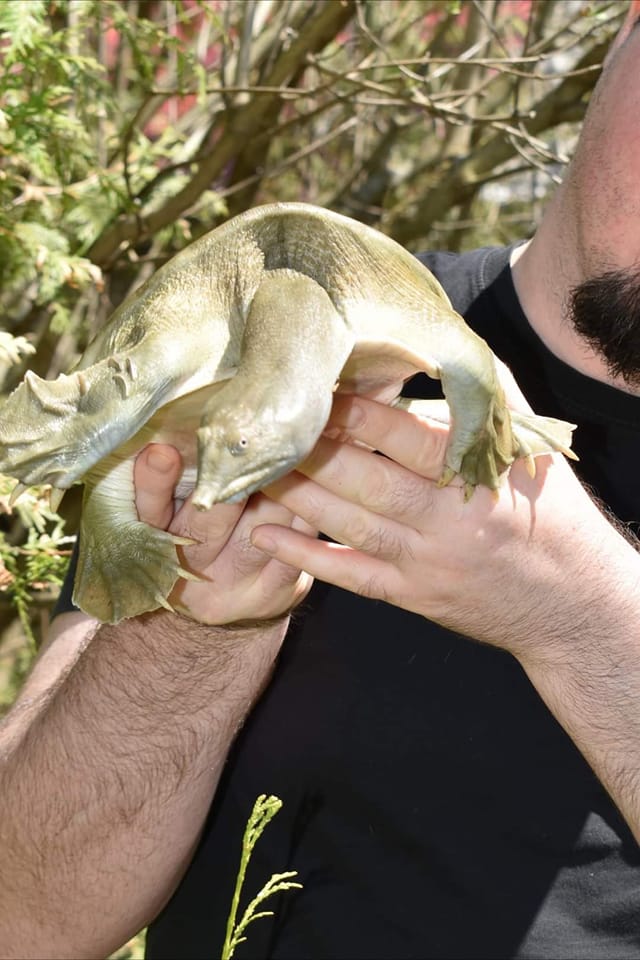 Matt with a Chinese Softshell Turtle (Pelodiscus sinensis). Populations of these turtles are decreasing. They are hunted for meat and are now listed as a Vulnerable Species.

Recreational activities on the water can also have devastating impacts on turtles, such as being killed or severely injured when they are hit by boats or water vehicles. Fishermen will often kill turtles for fear of their preying on game fish. Driving on beaches with cars and four wheelers can destroy nests in the sand.  Killing turtles for sport is still widespread in parts of the United States. 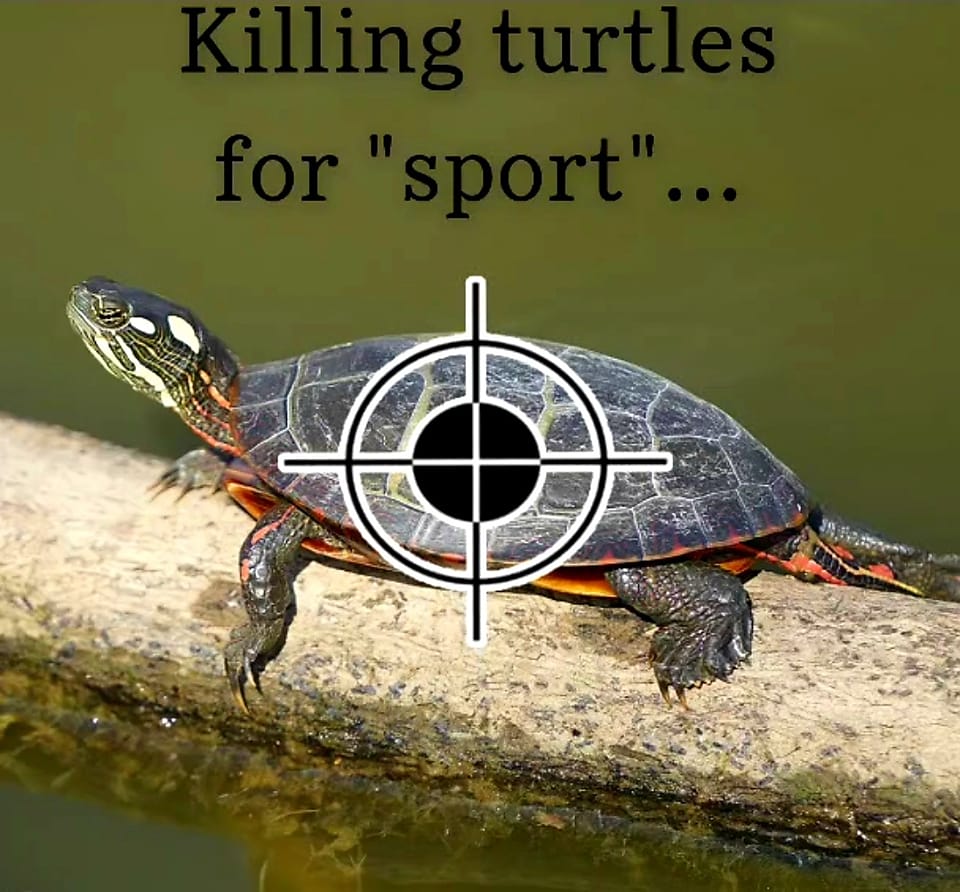 The Reptile And Amphibian Conservancy states that shooting basking turtles for sport remains a persistent problem throughout much of the Southeastern United States. Photo credit without graphics: Danielle Brigida 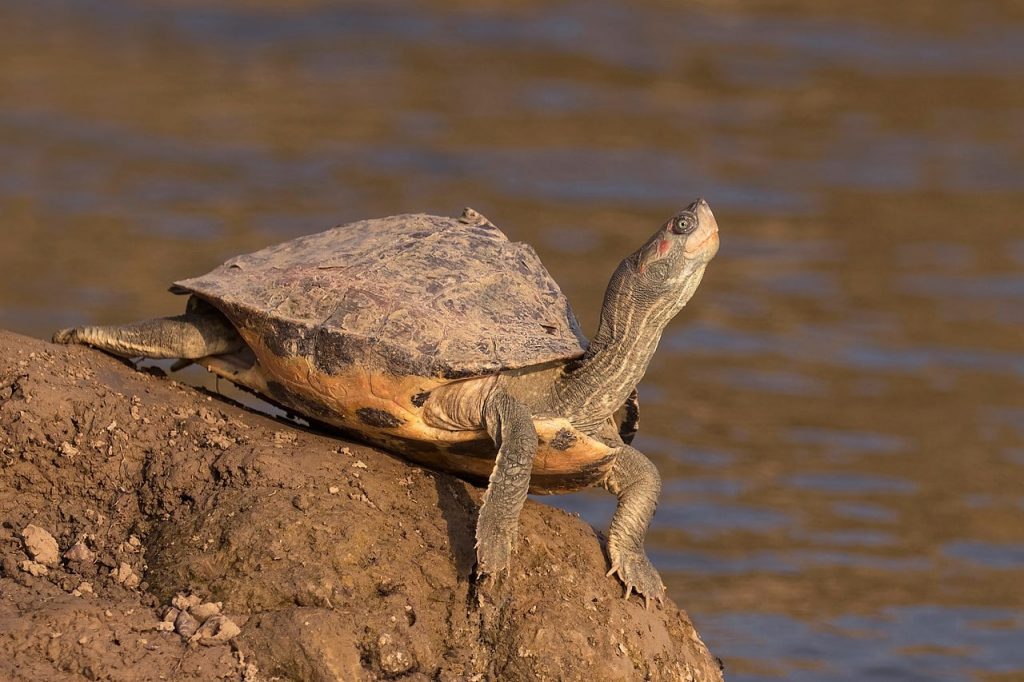 The Indian Tent Turtle (Pangshura tentoria) is impacted by various forms of exploitation. According to the IUCN, this species is collected for both domestic and international food markets and pet trade. Trade and seizures of subspecies circumdata have increased in recent years. Habitat loss and degradation also impacts certain populations of these turtles. Photo credit: Charles J. Sharp 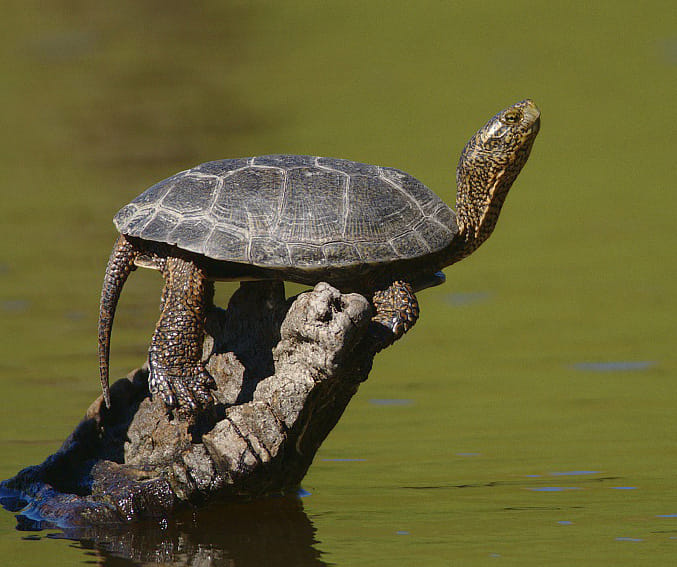 The Western Pond Turtle (Actinemys marmorata) is sadly disappearing. The IUCN states subpopulations are continuing to decline and lists the turtle as a Vulnerable Species. The destruction of wetland habitats is a major threat to this gentle species. Photo credit: Yathin S Krishnappa

Where good habitat does exist it is often altered by roads and highways. This leads to the deaths of countless turtles on roads when they are struck by vehicles. Legions of turtles must cross roads when looking for nest sites to lay their eggs. This is particularly detrimental to turtle populations because not only does it lead to the death of a large portion of the breeding population (i.e. the mature female turtles) but the next generation of turtles is also killed off when the eggs are destroyed. This can lead to local populations of turtle species becoming exterminated. Even if the female turtles do successfully find nesting spots and lay their eggs, the baby turtles have a small chance of reaching maturity. Nests are often destroyed by predators like raccoons and skunks. While human activities have had negative impacts on turtles, they have helped increase these turtle predators. Human waste provides an unlimited food source for these predators. This has caused their populations to grow and this surplus of predators takes a very heavy toll on turtle nests. 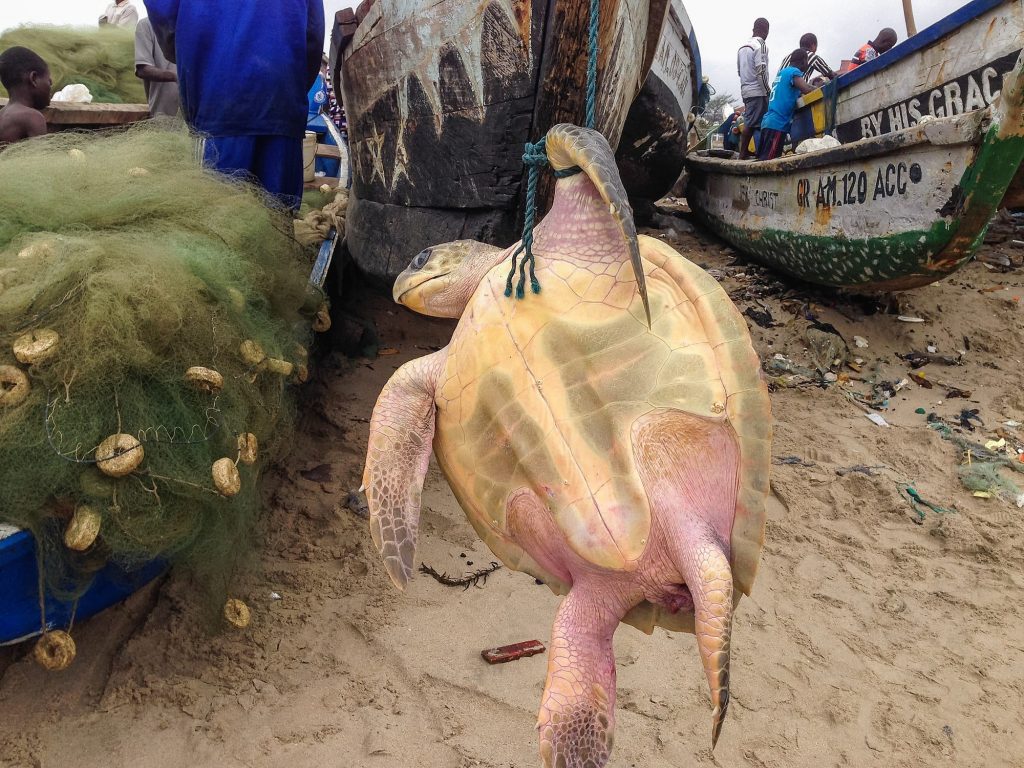 Turtles including rare and endangered ones, suffer from being captured from the wild, sometimes from their nesting sites. Both turtles and their eggs are used in traditional medicines, and their shells are used for trinkets.
Photo credit: Muntaka Chasant

When the factors above are combined, it accounts for massive losses. This is why the conservation and protection of these animals is paramount for their survival. 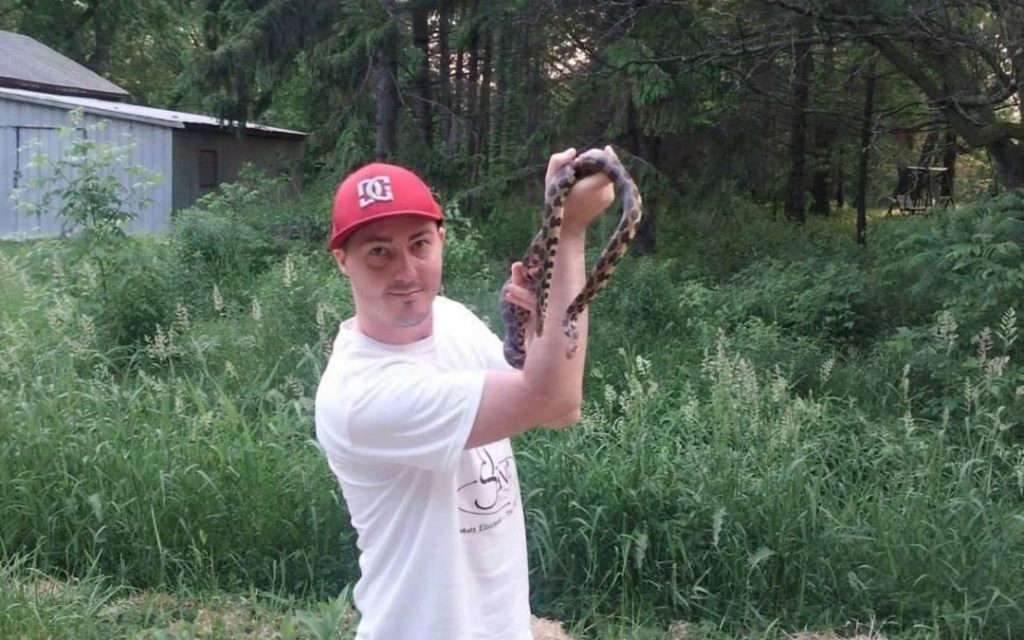 Canadian reptile advocate Matt Ellerbeck, whose preservation work has earned him both a Green Globe Nomination and an Award from the Cataraqui Conservation Foundation. 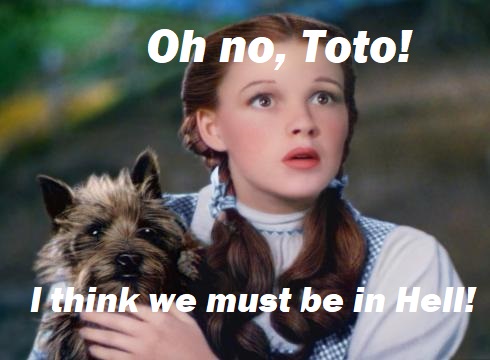 In this powerful article Karen Estensen Rubio reminds us that pandemics are the consequence of the Hell On Earth the Animal Industrial Complex has created for our fellow animals, and that moving to plant-based is the only solution.

“The movement toward a plant-based world is a juggernaut that won’t be stopped, but if we are to save our planet, we must speed it up. It’s the only food system that makes sense for our health – and indeed the survival of all life on Earth.”

The planet is facing mass extinction, declining health, and climate-disruption upheavals that threaten human survival because of ignorance and inaction, state top scientists in a recent paper.

The scale of the threats to the biosphere and all its lifeforms – including humanity – is so great that it is difficult to grasp for even well-informed experts.

Climate-induced mass migrations, more pandemics and conflicts over resources will be inevitable unless urgent action is taken.

Remedies requires far-reaching changes to global capitalism, education and equality. They include abolishing the idea of perpetual economic growth, properly pricing environmental externalities, stopping the use of fossil fuels, reining in corporate lobbying, and empowering women.

Unless governments begin to take the extent of the problem seriously we face a ‘ghastly’ future. 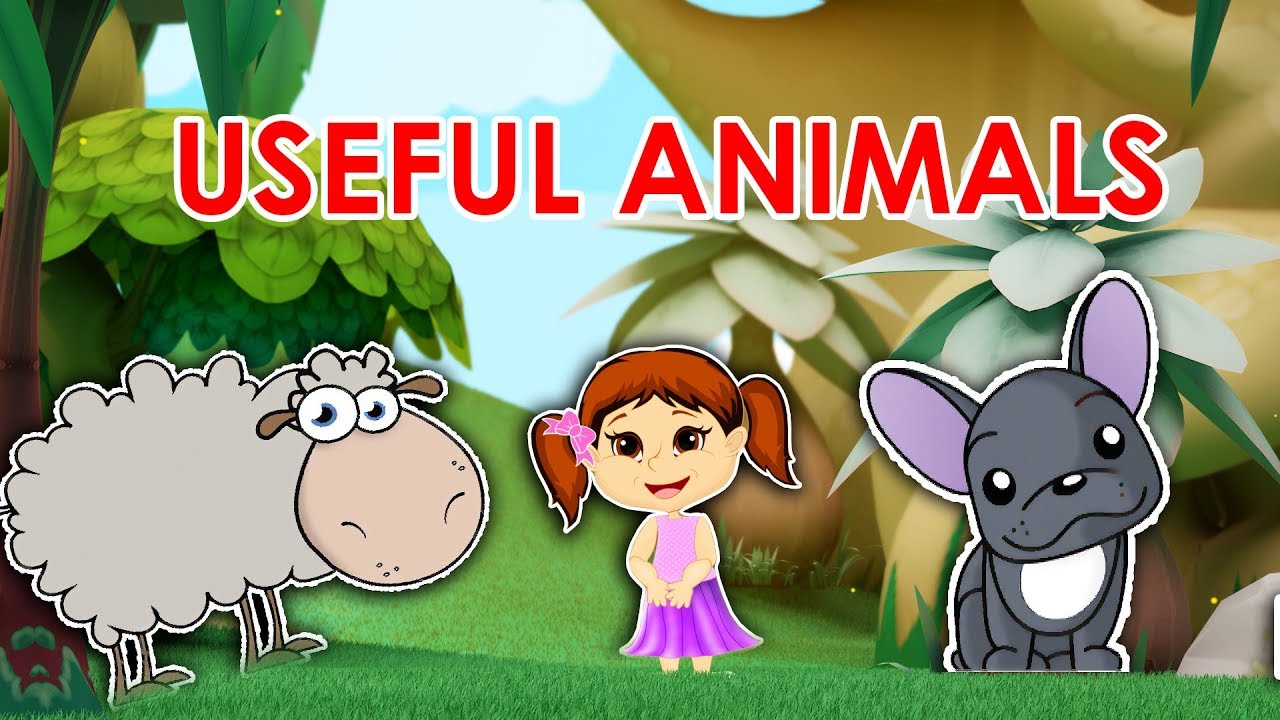 The idea that other creatures should be  ‘useful’ to us is shown experiments on countless animals, their exploitation for work and entertainment, and their slaughter for food.

If we modify our anthropocentric approach and value our fellow creatures for their own sake,  together with their right to share the planet, then it will be a win for all. 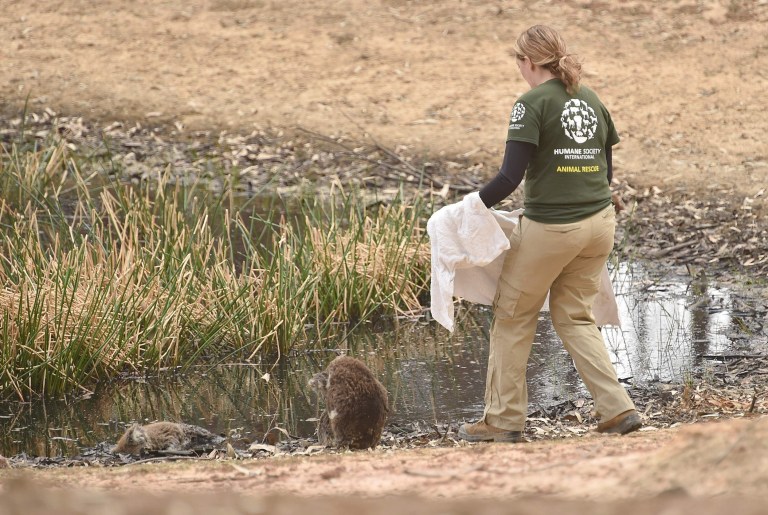 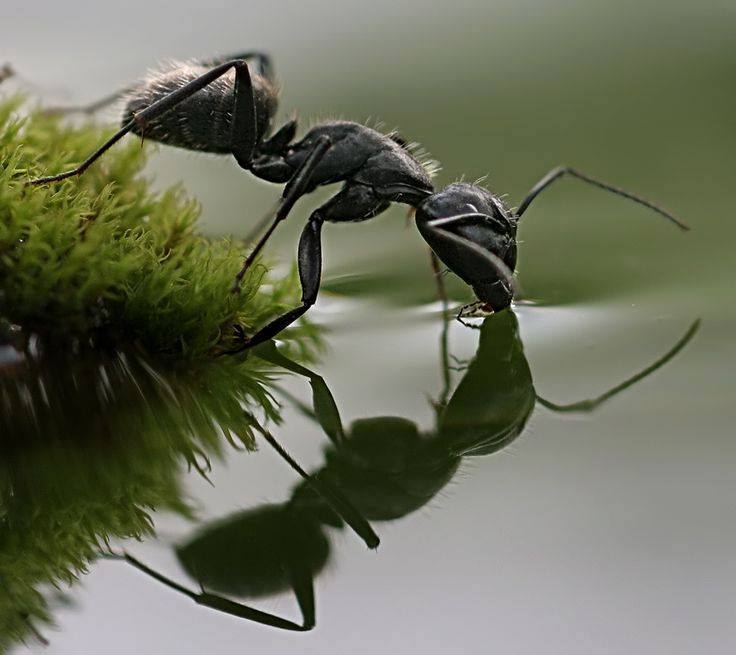 Eighty percent of the biomass of insects has disappeared in just thirty years, and intensive agriculture, particularly the heavy use of pesticides, is  the main driver of this collapse.

The decline in populations worldwide is devastating not only for the insect species but also for many birds, reptiles, amphibians and fish that eat insects.     It should also be of huge concern to us:-

“Insects are at the heart of every food web, they pollinate the large majority of plant species, keep the soil healthy, recycle nutrients, control pests, and much more.”

Widespread deforestation to grow grains to feed cattle over the last 30 years is a major cause.   Stopping animal agriculture is one of the ways we can begin to reverse this worrying trend.

Insects are an essential part of the web of life.  We need to learn the lesson that exterminating other species for our own ends is not only morally wrong, it is bringing about devastation in the natural world.