Voices for Animals Across the Years: The Jains 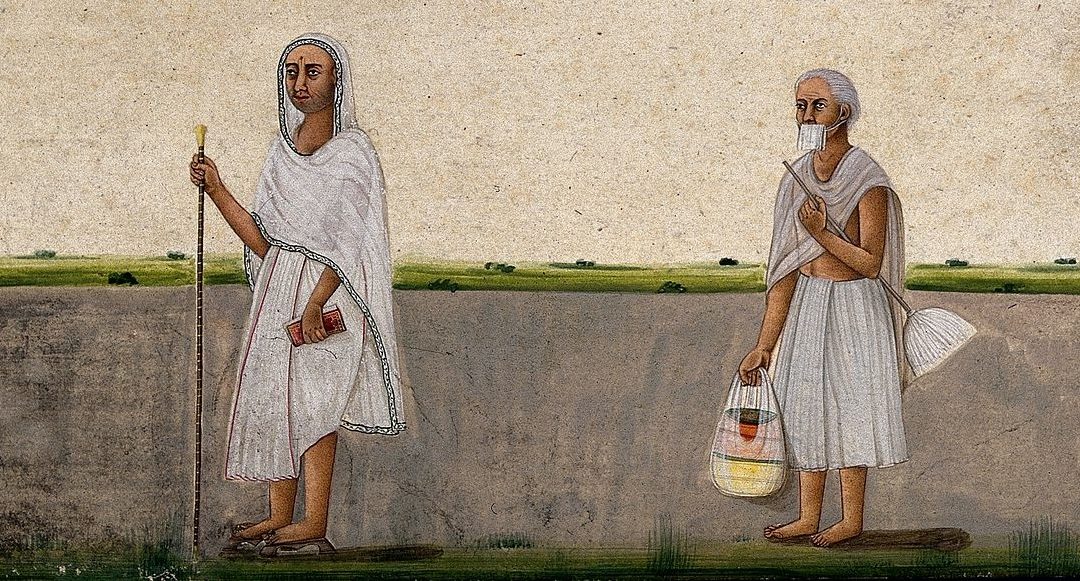 Jainism is a religion founded in ancient India and is currently practised by around 6 million people worldwide, mostly in India itself.

During the 6th century BCE, Mahāvīra became one of the most influential teachers of Jainism.   Mahavira said: “Do not injure, abuse, oppress, enslave, insult, torment, torture, or kill any creature or living being.” He exhorted his followers to “regard every living being as thyself and hurt no one.”

Jainism is arguably the most non-violent and austere religion in the world.   Though born a Hindu, Mahatma Gandhi admired the Jains’ commitment to complete nonviolence, and he incorporated that belief into his movement for Indian independence.

The ancient Hindu concept of ahimsa, meaning harmlessness,  is a central tenet of Jainism,  and while ahimsa is also a principle of Hinduism and Buddhism,  many Hindus and Buddhists are not vegetarian.  Jains, however, have strongly advocated vegetarianism throughout the ages.

Jains believe all living creatures possess a soul.   Orthodox monks and nuns demonstrate this reverence for all life by wearing cloth masks over their faces to prevent them from accidentally inhaling tiny flying insects,  and carrying a soft broom so they can sweep the ground in front of them to avoid crushing any living organism under their feet. 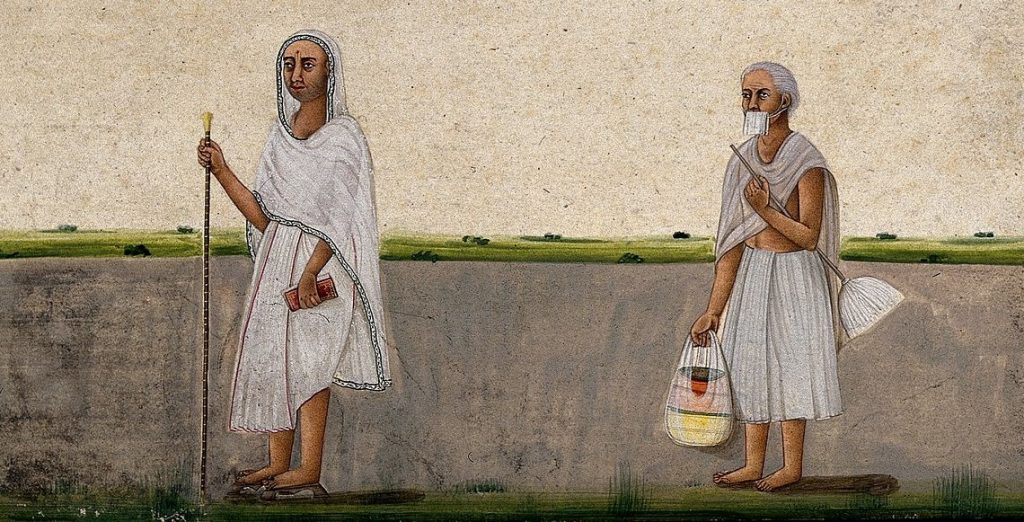 Orthodox Jains in the 19th century

Almost every Jain community in India has established animal hospitals to care for injured and abandoned animals. Many Jains also rescue animals from slaughterhouses. 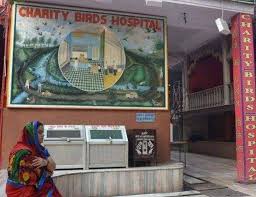 Jain thought has strongly influenced the animal rights movement by promoting the idea of harmlessness towards other animals.

Ahimsa states that we have no right to inflict suffering and death onto another living creature and that if harmlessness were the keynote of our lives, then not only would no other animal die for us but it would make the entire world non-violent and harmonious.