Voices For Animals Across The Years: Dian Fossey 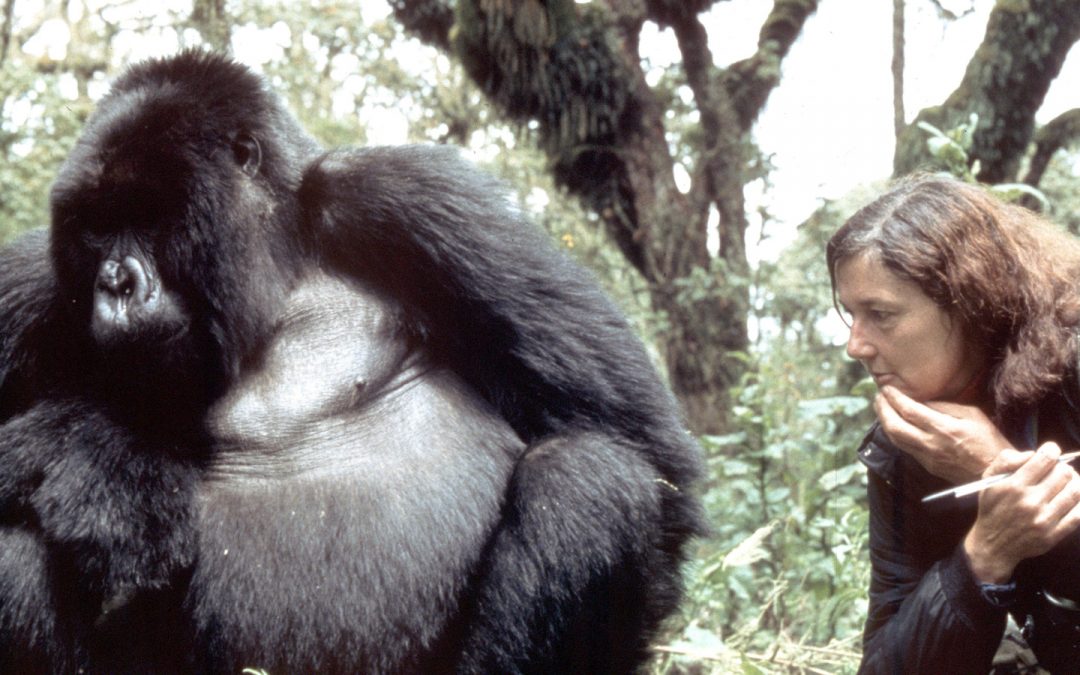 Born in San Francisco in 1932 Dian Fossey’s parents divorced when she was young, and she grew up with her mother and stepfather.   She had loved animals her whole life, and at first wanted to be a veterinarian, but finding physics and chemistry challenging turned her focus to occupational therapy, graduating from San Jose State College in 1954.

Dian worked for some years as an occupational therapist but she longed to travel, and in particular she wanted to visit Africa.  In 1963, while she was working at the Kosair Children’s Hospital in Kentucky, she took out a bank loan to make her dream come true.   She travelled to Africa for the first time, visiting Kenya, Tanzania, Congo, and Zimbabwe.  One of the last sites on her tour was the Olduvai Gorge in Tanzania, the archaeological site of famed paleoanthropologists Louis and Mary Leakey.  Visiting Dr Louis Leakey was a pivotal experience in Dian’s life, and on hearing about his initiation of Jane Goodall’s work with chimpanzees, ’a seed was planted in her head.’

Upon arriving home in Kentucky, she resumed her work at Kosair Children’s Hospital, and in 1966 when Dr. Leakey visited Louisville she went to one of his lectures and showed him articles she had published about her African trip.  He was impressed, and suggested that she head a long-term field project to study the gorillas in Africa, adding – as a way of testing her level of commitment to what he knew would be an arduous assignment – that she would need an appendectomy first.  By the time he had secured funding for the study Dian had repaid her bank loan, was trying to learn Swahili – and had had her appendix removed!    In December 1966, she was again on her way to Africa, the beginning of her groundbreaking work with mountain gorilla groups that contributed enormously to the field of primatology, and that lasted until her tragic murder in 1985.