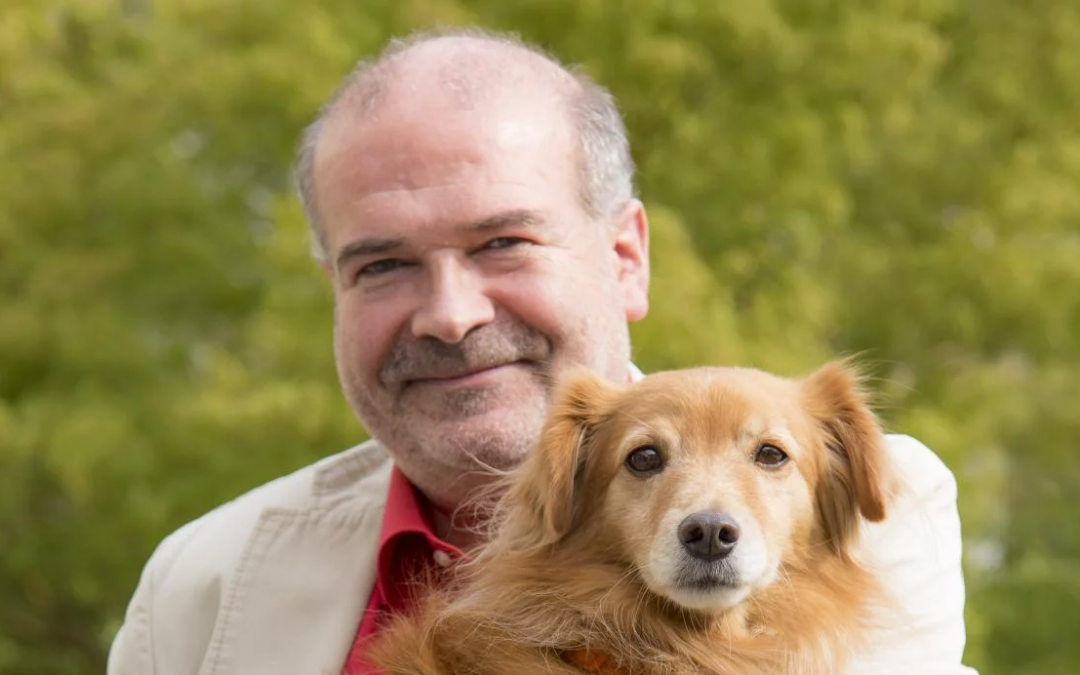 A jackdaw Heli Dungler rescued as a child and kept as a pet is credited with his realisation that wild animals needed to be in their own environment, with their own kind. “She had fallen out of the nest and I took her home and raised her” he said. ”She accompanied me everywhere.  She was incredibly witty and intelligent.  But then one day a flock of jackdaws came into the village and she showed me that she would like to fly with the others,    I let her go.  At that moment I realized that caring for animals means letting go.”

The young boy who reluctantly parted with his pet that day grew up to preside over one of the largest animal welfare organisations in the world. With offices in 15 countries, and a full-time staff of more than 400, FOUR PAWS is today an independent global voice campaigning, lobbying and providing sanctuaries for abused animals.  Their vision? A world where people treat animals with respect, empathy and understanding.

Heli Dungler was born in the picturesque town of Waidhofen an der Thaya in Lower Austria in 1963, and grew up close to woodlands where he loved to go to observe the wildlife.  At age 19 he relocated to Vienna to study veterinary medicine.  Unhappy with the Course’s emphasis on agricultural work he

dropped out of veterinary school and took a job managing marine mammal campaigns for Greenpeace Austria.  Inside him, his desire to actively promote animal welfare was growing, and in Vienna in 1988 he and three friends founded ‘Vier Pfoten’ ‘FOUR PAWS.’

One of the first campaigns of the fledgling organisation was against the fur industry.    At the time – and even now – fur animal husbandry is not regulated, and typically animals raised for their pelts are kept in tiny cages and are sometimes skinned alive.  As a direct result of FOUR PAWS campaigns, which in part mounted opposition to the contamination of groundwater fur farming produces, the last fur farm in Austria closed in 1998.

Other early  campaigns were for higher animal welfare standards in agriculture, especially hens in cages, and for the liberation of wild animals used in circus acts.

In 1998 Vier Pfoten debuted in sanctuary work by founding the Bear Sanctuary Arbesbach in Austria. In November 2000, in  partnership with the Fondation Brigitte Bardot, it opened a 2.7-acre sanctuary called the Belitsa Dancing Bear Park  in Sofia, Bulgaria.   Bulgarian Dancing Bears are trained to ‘dance’ using a particularly cruel method of conditioned response.   A nail is hammered into their sensitive nose and a ring inserted so they can be led by a chain. Then they are put on hot plates or hot ash, at the same time as the owner plays on a violin or accordian.   The sound of the musical instrument eventually becomes the ‘trigger’ to get the bear moving or ‘dancing’ before the public for money.   Because of the work of Four Paws, by 2007 there were no more “dancing bears” in Bulgaria and the Bulgarian Parliament declared European brown bears a protected species who could no longer be hunted, bought, sold,  or displayed to a paying audience. 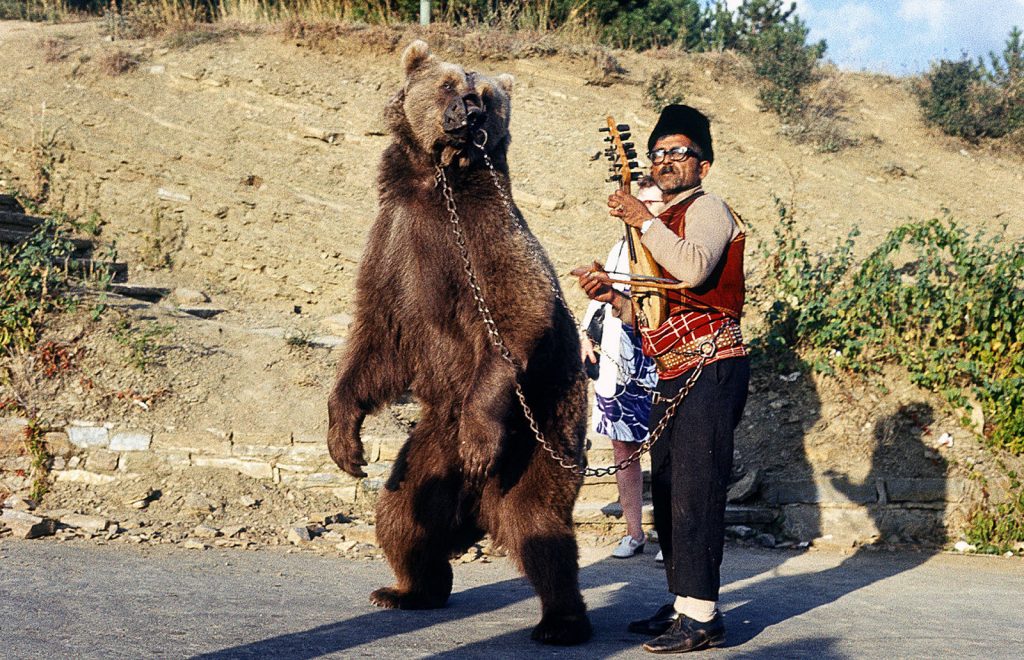 FOUR PAWS currently has seven bear sanctuaries, yet it is estimated that hundreds of bears are today still kept in captivity in Europe, some of them in the most appalling conditions. In Southeast Europe in particular they are often held in cages that are far too small, badly structured and inadequately equipped. Not only circuses and private owners keep animals in conditions not suited to their species, many zoos and animal parks do too.

One of the most egregious ways bears are treated is in the bear bile industry.   Many thousands of  Asiatic black bears are kept captive in China, Vietnam and elsewhere for their bile. Bear’s bile is extracted using various invasive techniques, all of which cause severe suffering, pain and infection.

The method claimed to be the most ‘humane’ by bile farmers, is a ‘free-drip’ method, where bears undergo crude surgery by unqualified people to create a permanent open passage from their gallbladder through their abdomen. The bile is ‘tapped’ by forcing a metal tube through the wound to reach the bile in the gallbladders.  Not only do they endure this constant pain, many bile bears are confined in ‘crush’ cages where they can barely move and endure. 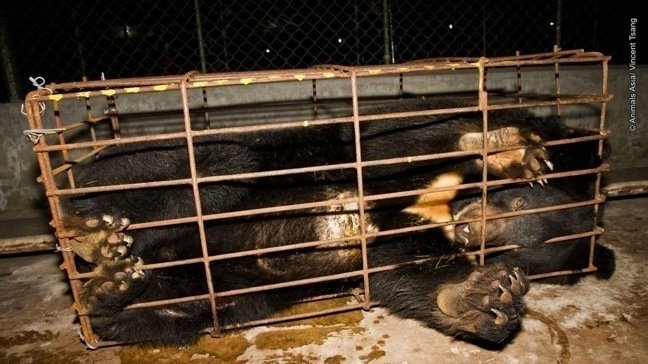 In September 2019 FOUR PAWS rescued 7 Asiatic black bears from their tiny cages in a southern Vietnam bile bear farm, and were relocated to their new, species appropriate home in Ninh Binh.

In the 1990s, as his organisation grew, Dungler needed to spend more time in his directing/administration role, and the  public face of Vier Pfoten became chief veterinarian and project manager, Amir Khalil.  On behalf of FOUR PAWS he led dramatic rescues of starving animals left in zoos after wars in eastern Europe, Libya, Yemen and the Gaza region.   Seven hundred  animals were rescued from the Tripoli Zoo after the fall of the Muammar Gaddafi regime.

In the 2000s FOUR PAWS won global acclaim for their sterilization and vaccination programmes for dogs and cats. Ahead of the Euro 2012 football championships in 2012, they treated 4,000 street dogs in the Ukraine, including descendants of pets who were left behind after the Chernobyl disaster in 1986.

In the early 2000s, Dungler formed a South African subsidiary,  and bought a formerly notorious hunting ranch,  along with all of the animals there that the previous owner was willing to sell.  Khalil was sent to South Africa to supervise turning the hunting ranch into the Lionsrock sanctuary and destination 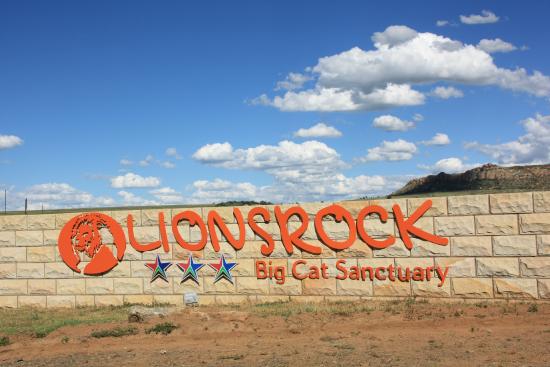 resort that opened to visitors in February 2008.  Among the few big cat sanctuaries worldwide, it houses  77 big cats often from failed zoos and circuses, in a semi-wild environment.

In 2018 FOUR PAWS began work on a  sanctuary for elephants in the Bago region of Myanmar, to house former working elephants.  Demand for teak has decreased in Myanmar because of stricter environmental controls, and logging elephants are no longer needed.  Elephants who no longer have any economic purpose are killed or sold into the tourism industry since elephant rides are still viewed as an attraction.  FOUR PAWS are giving these magnificent endangered animals a sanctuary where they can recover from their past labours, and ideally be introduced back into the wild.

It was on a visit to Lionsrock on January 7, 2020, that Dungler suffered a massive heart attack and died suddenly.   The organisation he presided over released a statement.

“His death is a severe blow for us and fills us with great pain…  The world has lost a very special animal lover and visionary.  We will honor his memory by continuing the work he loved so much, in his spirit.” 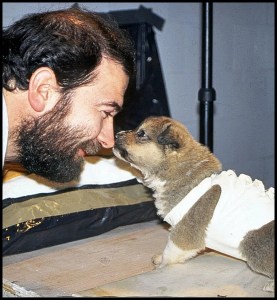 Rest in Peace Heli Dungler.  Your life’s work will continue through the organisation you founded.