Viscous soup should be Vicious soup. The horror of shark finning. 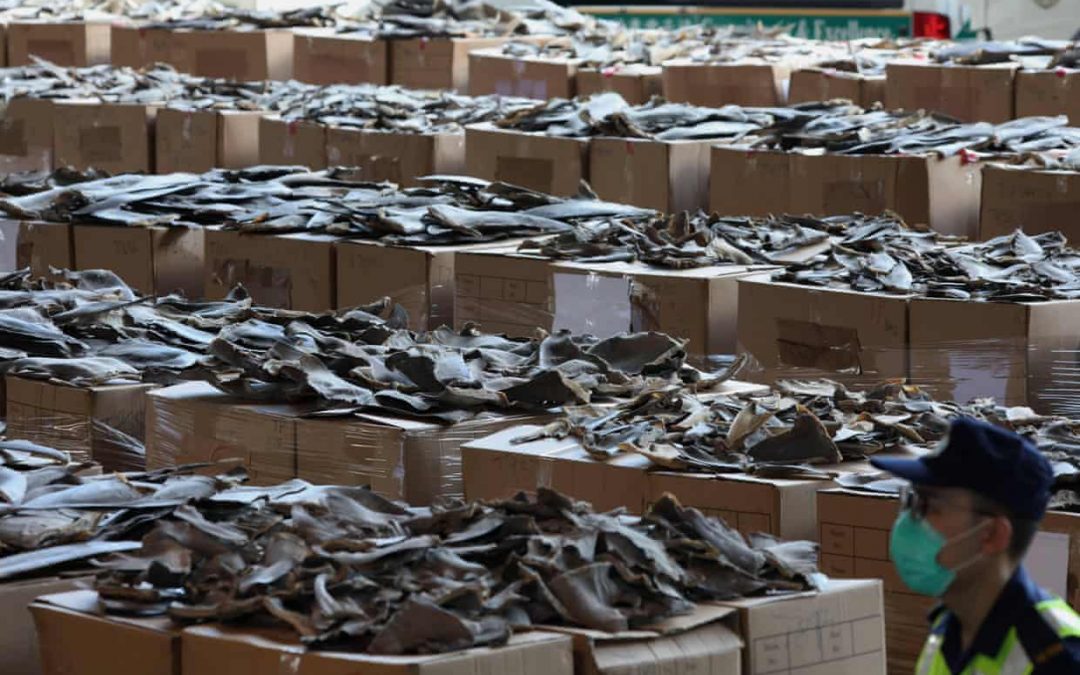 – Hong Kong is the largest shark fin importer in the world, and responsible for about half of the global trade.

– The fins are often cut from sharks while they are still alive, and they are then thrown back into the ocean to die an agonising death.

– In May, customs officials made the biggest shark fin seizure in Hong Kong history: 26 tonnes of fins, contained  in two shipping containers from Ecuador, cut from the bodies of 38,500 endangered sharks.

– Shark fin soup is a feature at wedding banquets and other feasts in Hong Kong and other parts of Asia, as because they are expensive and prized as a status symbol.

– 100 million sharks are being mutilated and killed every year for this gluggy soup.  The fins themselves don’t have much taste.

– When the demand for shark fin soup stops, so will the carnage.