Veganism: The Elephant In The Room 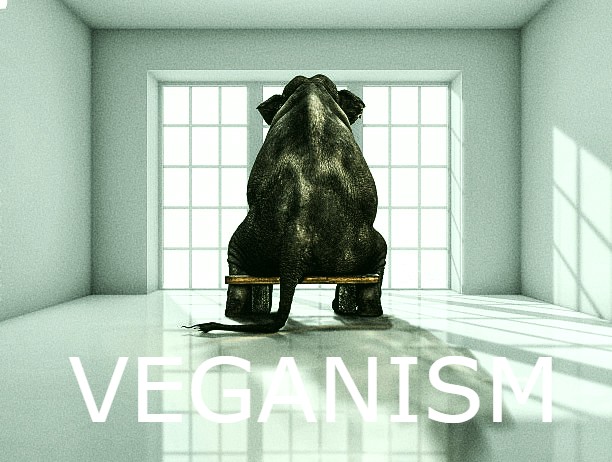 Veganism can stem global warming and help bring an end to War.  But it’s still the elephant in the room, writes May Safely Graze editor, Sandra Kyle

In raising the alarm about climate change recently Secretary General of the United Nations António Guterres said we’re ‘going in the wrong direction’ in combatting global warming, but failed to mention animal agriculture as a significant cause.  In November 2021, the COP26 climate summit left animal agriculture out of its agenda completely.

In my country, New Zealand, a full half of our greenhouse gas emissions are caused by animal agriculture, yet our new Climate Change Adaptation Plan fails to address the problem.

The United Nations has formally stated that we are in a ‘Code Red,’ environmental emergency, and all around us we see the climate crisis playing out in realtime – for example, the European heatwaves and Pakistan floods just in the last few months.

When it comes to global warming, animal agriculture is the elephant in the room we refuse to see. The process of raising and killing animals for food is much more carbon-intensive than growing and harvesting plants, and comes with a high cost in emissions. In breeding, raising, and slaughtering billions of animals for food every year we use much more land and fresh water, and create massive amounts of waste and pollution.

When it comes to veganism, though, there is not one, but two gigantic elephants in the room.   The Russian/Ukraine conflict has now been recognised as a full-scale war, one of many conflicts and insurgencies going on around the globe. What is the other elephant in the room that is standing in the way of all our efforts to make peace in the world?

The other elephant in the room is the violence and cruelty inherent in the animal agriculture industry, and the misery it inflicts on sentient beings. As many Jewish writers, including Isaac Beshavis Singer, have pointed out, it is a holocaust of vast proportions where we show the victims no mercy, and from where there is no escape.

“As long as there are slaughterhouses there will be battlefields” Tolstoy said in ‘What I Believe’.   If we want a world without wars, we have to stop waging war on helpless animals.

And if we want a chance to bring global warming back from the brink, our leaders need to begin to name animal agriculture as a large part of the problem, and start working towards a plant-based world

Looking for the Little – The Photography of Hendrika Pauley