Slaughterhouses of the Sea Series: 1: Death by Bombing 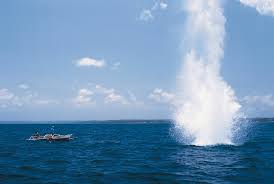 No 1: Death by Bombing

When we think of slaughterhouses we think of a building encased within impenetrable walls, a place where the unseemly happenings inside are hidden from public view, where land animals go to be killed for our consumption.    But what about the trillions of fishes killed every year? How are they killed en masse? What are the watery slaughterhouses that we also know so little about?

Commercial and small business fisheries use a range of methods to kill fishes, and all of them result in extremely painful and drawn out deaths. What we do to fishes and other sea creatures, who are every bit as sentient as you and I, is nothing short of torture.  In this series I will give a short outline of some of the cruel and unsustainable fishing practices used worldwide.

Blast fishing is one of the most unsustainable and cruel methods of killing huge schools of fish for easy collection. This mostly illegal practice has been happening for decades, causing lively colourful coral reefs, the underlying habitat that supports fishes and other organisms, to turn into desolate grey graveyards. It has been widespread in Indonesia, Malaysia, Lebanon, the Philippines, areas of the Pacific, and Tanzania. All that is needed is a plastic bottle and some dynamite and the fish are killed in the hundreds.

Tanzania, however, is the only country where blast fishing is still widespread. Explosives have become readily available due to a construction and mining boom (excuse the pun). A report released in 2016 recorded more than 300 explosions in 30 days, from the Kenya-Tanzania border down to Mozambique. The report concluded that “given the scale of blast fishing, the environmental impact on fisheries, coral reefs and cetaceans is likely to be substantial.”

Traditional methods of fishing in Tanzania included basket traps and hook and line. However, lucrative tuna are more easily caught by blowing them out of the water.  Gill Braulik , Director of Cetacean Program Tanzania, says that the explosion causes a pressure wave  in the seas killing everything within a few meters. It kills not only adult fish but also juveniles and any other sea life in the vicinity including corals and turtles. It reduces the three-dimensional reef structure, an important ecological habitat for living,  spawning and feeding, to a one dimensional rubble, affecting the biodiversity of the entire area. 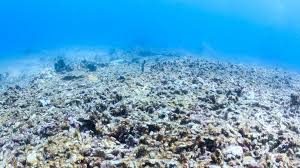 Yet the Minister for Livestock and Fisheries Development, Mr Luhaga Mpina calls for an increase in ‘fish production’ in 2019 to meet demand from an increase in population growth and tourists. He said that in 2016 Tanzania was compelled to import 13.92 million kilograms of fish in 2016 to meet local demand. Despite being a signatory to the United Nations sustainable development goals, Mr Mpina blithely ignores Goal 14: Life Below Water.  Mr Mpina suggests that Tanzania has  2,736,248 tons of harvestable fish in the oceans and lakes. He is calling for more and not less fishing. Let that sink in (again, excuse the pun).

Economic imperative is the driving force behind the killing of fish by blasting them from their salty water homes direct to a dinner plate.   Some may also sink unseen and unknown to the bottom of the rubbly ocean floor, along with other victims.    The loss is unimaginable.

Blasting fish out of the water dead, or gasping their last breaths, is just one method of destroying the life of fishes.   Our ocean kin are casualties of violence against the innocent and helpless.   It can only be described as a War, one with no rules of engagement.

Connecting With Other Animals Acknowledges Our Kinship With Them