Connecting With Other Animals Acknowledges Our Kinship With Them 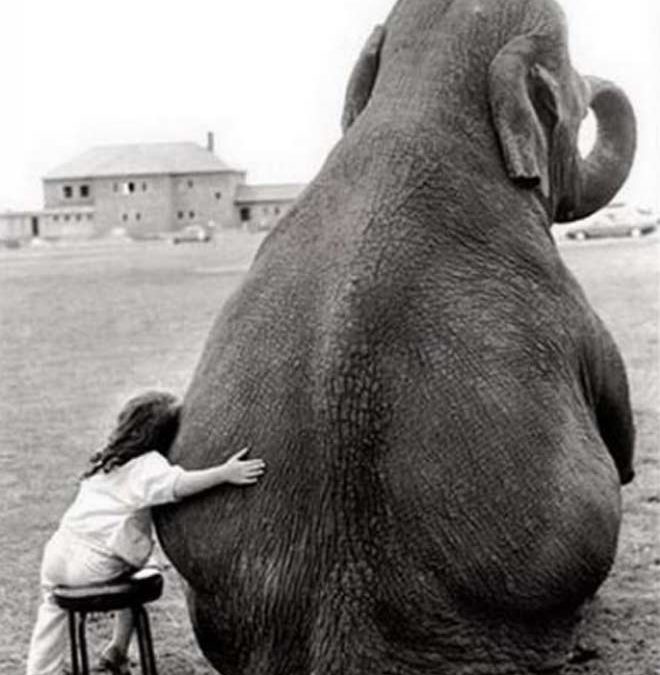 End Animal Slaughter contributor LYNLEY TULLOCH reflects on our lack of connectedness with other animals, and how we can turn it around

The notion of intimacy, the feeling of closeness and connection, is linked to a sense of belonging. When we connect with others, we feel ourselves as not just a separate being but as one who has a meaningful place among others. Humans are deeply social beings, fragile and vulnerable to being cast adrift. Without each other we are like Tom Hanks on the movie Castaway, slowly going insane, creating a friend out of a volleyball just to feel a sense of connection. 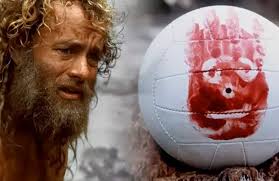 Tom Hanks as The Castaway, and his friend ‘Wilson’ the Volleyball

With the exception of few hermits, who have somehow managed to completely detach from every other living being, most of us need each other. And it’s not just humans we seek to connect with. Many people gain an important sense of connection from the non-human animals that share their lives. And many non-human animals such as dogs are reciprocally connected to us, having co-evolved ‘around the campfire’. 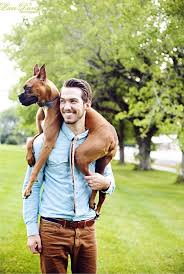 Dogs and humans have been evolving together for 32,000 years

Animal species are similar in this regard.   They often live in herds or colonies with varying levels of complexity. They may also associate with animals of other species if it is mutually beneficial. Some species may have a predatory relationship with other species – but as Mathew Ricard (author of ‘A Plea for the Animals’)  says, the vast majority of animals will largely ignore other species. Mostly non-human animals will exist peacefully together.

Interdependence refers to the way all animals, including humans, have evolved together in a vast and intricate ecological web. I can’t pretend to be an ecologist, and I will leave the deep knowledge around the systems in the biosphere to them, but when thinking about our place on Earth one thing remains clear. We not only need humans, but also non-human animals to not only survive, but to thrive.

Yet our current relationship with nonhuman animals is deeply malevolent. We trash their homes with the ease of erasing a picture from a blackboard; cutting down rainforests, draining wetlands, burning scrub lands and damning rivers, mining the Earth and the sea beds.  At times we even reverse the course of a river’s flow for human advantage, such is our sense of entitlement. We pollute the homes of animals with plastics and other rubbish, as well as industrial waste. 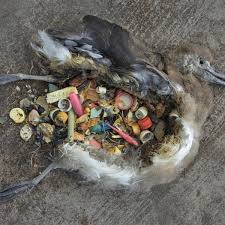 A young seabird with the contents of its stomach

And then when it all gets too much, when we have had enough shopping in malls,  we go into nature to reconnect!   Intuitively we know how far we have come from ourselves, from our kinship with those around us. The sense of intimacy we need with nature is as important to us as our relationship with other humans.

A recent study has shown that humans make up 0.01% of all life, but have destroyed 83% of wild mammals… 60% of all mammals on Earth are now farmed.

It is hard to deny that we have lost our way as a species. A recent study has shown that humans make up 0.01% of all life, but have destroyed 83% of wild mammals. Conversely, domesticated farm animals kept by humans such as cattle, sheep, goats, pigs and so on abound. The same study demonstrated that 60% of all mammals on Earth are now farmed.

The relationship between the farmer and the farmed animal is one of exploitation and betrayal from the outset.

To make matters worse, farmed animals are the most abused on Earth. Kept in varying degrees of captivity they have become completely reliant on the people who farm them. However, the relationship between the farmer and the farmed animal is one of exploitation and betrayal from the outset. Despite declaring a love for the animals in their care, farmers ultimately send them to be killed at a mere fraction of their lives. 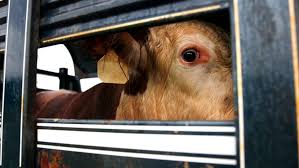 Farmers raise cattle who come to depend on them, then they send them to slaughter

Our dependence as a species on the flesh and secretions of our kin (nonhuman animals) is frankly disturbing. The integrity of the nonhuman animal kept on farms is considered at best in welfare terms. They are given no agency and limited freedom (in a narrow sense of the word). Policy speak and legal requirements for their welfare can serve to obscure the hell they live in. Despite increasing access to video footage from farms showing the exploitative and cruel conditions farm animals are subject to, many humans continue to seek justification for farming and eating animals and their products.

In general, we don’t like to identify with the side of the oppressor. Yet sometimes it is hard to see, hard to accept, that we are the oppressor simply by participating in the malevolent order that has been created. By eating meat, for example, we are saying that it is acceptable to farm a sentient being for their flesh. We are saying we are fine with being the 0.01 % of Earth that chooses to incarcerate and exploit all other nonhuman animals.

It is time to rethink our relationship with nonhuman animals and see them in terms of kinship rather than ‘the other’. Only then will we feel the true sense of intimacy with animals, one based on love and compassion. Only then will we have a life worth living. 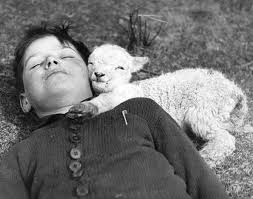