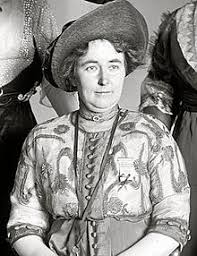 A remarkable early vegan dedicated her life to ending vivisection, as well as the protection and rights of animals

Born into a wealthy and noble Swedish family, Lind af Hageby was the granddaughter of the chamberlain to the King of Sweden, and the daughter of Emil Lind af Hageby, a prominent lawyer. Fortunate to have a private income, her education and financial independence enabled her to pursue her political activism.  She wrote books and tracts, and travelled the world to deliver lectures when most women of her class were expected to stay at home embroidering.

After attending Cheltenham Ladies College in England, in 1900 Lind af Hageby went to Paris, where she and a Swedish friend, Leisa Katherine Schartau, visited the celebrated Pasteur Institute.  They were distressed by the vivisection they saw there, and when they returned to Sweden joined the Nordic Anti-Vivisection Society. In 1902 the women decided to enrol at the London School of Medicine for Women to gain the medical education they needed to train themselves as anti-vivisection activists.  They infiltrated School of Medicine lectures to document the vivisection that was taking place there, and in 1903 they witnessed a procedure carried out by one Professor Starling.  Professor Starling had previously performed an operation on a brown terrier dog two months prior, depriving it of the use of its pancreas. In the intervening time the dog had been living in a cage, upsetting many with its howls and whines.

On the day they were there, the young women watched as Professor Starling opened up the dog’s abdomen to inspect the result of the first operation.  He then clamped the wound and handed the animal over to a Dr. Bayliss, who made a completely new wound in the neck for the purpose of another lecture. After another half hour, the animal, conscious and apparently suffering greatly, was given to an unlicensed research student who killed it.

That same year Lind and Schartau published a book that included the distressing incident they had witnessed, called ‘Shambles of Science: Extracts from the Diary of Two Students of Physiology’.  They wrote up the operation on the brown dog in a chapter called  ‘Fun’, describing how he had been dissected without anaesthesia in front of an audience of laughing medical students.   The book became an instant hit, sparking a nationwide discussion about vivisection and resulting in a Court case against the doctors, who, in not sufficiently anaesthetising the dog, acted illegally.  Bayliss testified that the dog had been anaesthetized and was suffering from chorea, a disease that caused involuntary spasms.  The jury accepted Bayliss’s account, and the book was withdrawn only to be re-published by Lind af Hageby without the controversial chapter,  and with a new chapter about the trial.  The protracted scandal that became known as ‘The Brown Dog Affair’ went on for years, caused riots, and divided the country. 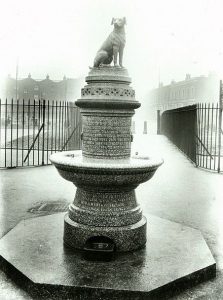 The first statue of the brown dog by Joseph Whitehead was presumed destroyed in 1910. 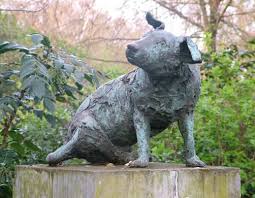 A new statue by Nicola Hicks was erected in Battersea Park in 1985 to remember all the animals who have suffered and died in laboratories.

In 1906 Lind af Hageby co-founded the Animal Defense and Anti Vivisection Society (ADAVS) with the Duchess of Hamilton. As part of the society’s work, Lind af Hageby drafted a petition in or around 1906, called ‘Anti-Vivisection Declaration’, which was distributed around the world, and translated into several languages. In July 1909 she organized the first international anti-vivisection conference in London.

‘She is a woman of marvellous power’.

Lind af Hageby became known as an extraordinary speaker, particularly after a second libel trial in 1913, when she sued Dr. Caleb Saleeby and the Pall Mall Gazette over two articles by Saleeby accusing her of ‘a systematic campaign of falsehood’.   She represented herself during the trial, and her opening statement lasted nine-and-a-half hours, her evidence nine hours, her cross-examination eight-and-a-half hours, and her closing statement three-and-a-half hours!   The trial judge, Mr Justice Bugnell later said: “Her final speech was a very fine one… She is a woman of marvellous power.”

Lind af Hageby lost the case, but it attracted publicity for her mission.  A vegetarian dinner was held in her honour after the trial.

During World War I Lind af Hageby joined the International Committee of Women for Permanent Peace, set up veterinary hospitals for horses hurt on the battlefield and with the co-operation of the French government created the Purple Cross Service for wounded horses.   She also opened a sanatorium in France for wounded soldiers, and wrote anti-war pamphlets.  After the war she became involved in protesting against blood sports, and opposed the sale of old horses to slaughterhouses.

She continued throughout her life to advocate social reform and economic equality living as a vegan and becoming a board member of the London Vegetarian Society. She was also active in the Humanitarian League.   An admirer of Darwin’s theory of Natural Selection, she saw it as essential to the cause of animals, because it

“brought about the decay of the old anthropocentric idea of man … It taught that if there is this kinship physically between all living creatures, surely a responsibility rests upon us to see that these creatures, who have nerves as we have, who are made of the same flesh and blood as we are, who have minds differing from ours not in kind but in degree, should be protected …”

In 1950, at the age of 73, she attended The Hague World Congress for the Protection of Animals.   From 1954 she ran a 237-acre animal sanctuary near Shaftesbury in Dorset, an estate left to the Animal Defence and Anti-Vivisection Society by the Duchess of Hamilton.

Lind af Hageby died at her home in London at 7 St Edmunds Terrace, St John’s Wood on 26 December 1963. The society’s assets were transferred to the Animal Defence Trust, which continues to this day to offer grants for animal-protection issues. 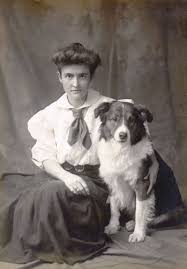