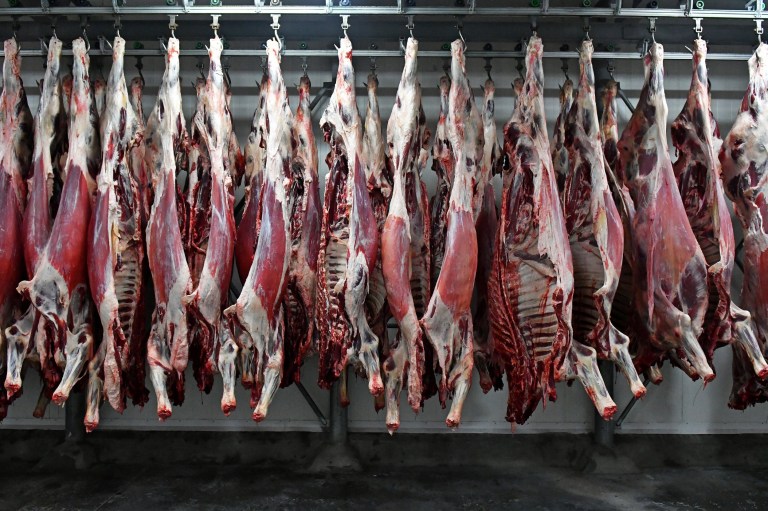 Author Upton Sinclair’s 1906 novel ‘The Jungle’ created such a public outcry at the time that it led to the Pure Food and Drug Act being passed by Congress.  The reaction of the public to his novel, written to portray the cruel treatment of animals and harsh conditions of workers in Chicago slaughterhouses, surprised and disappointed the author.   ‘I aimed at the public’s heart, and by accident I hit the stomach” Sinclair said.

More than 100 years later, the work of relentlessly slaughtering living, breathing animals and turning them into cuts of meat is still one of the most harrowing jobs anyone can do. Understandably, it takes a punishing toll on the workers and their families.  For example, there have been a number of studies relating slaughterhouse work to domestic and community violence.   The only way many workers can cope by becoming ‘desensitised’.

In this BBC News story a woman who worked in the Industry in the UK gives an insight into what happens between the ‘blood covered walls’ of modern abattoirs.

“At the end of the slaughter line there was a huge skip, and it was filled with hundreds of cows’ heads. Each one of them had been flayed, with all of the saleable flesh removed. But one thing was still attached – their eyeballs.

Whenever I walked past that skip, I couldn’t help but feel like I had hundreds of pairs of eyes watching me”.

In 2020 these places of horror and suffering have no place in any society.  Slaughterhouses need to close now.