FARMING IS ‘A NUMBERS GAME’ 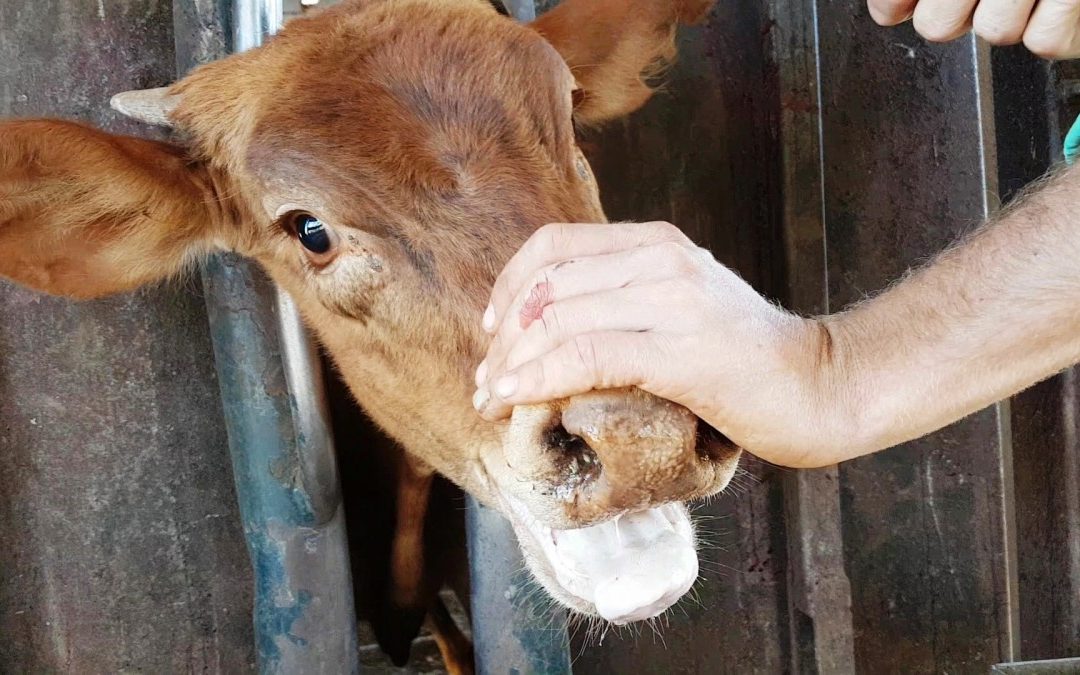 In remote stations in the Australian outback, sick animals are left to starve or be shot, sometimes with cheap bullets that don’t kill the animals outright causing them acute suffering.  Workers routinely abuse the animals, kicking and punching cows in the face, jumping on their backs and beating them with a stick.

Such behaviours were uncovered when ‘Sentient’, an Israeli non-profit, sent ‘backpackers’ to outback farms.  The footage they shot shows cows crying out in pain as they are dehorned without anaesthetic – dispensed with because it’s ‘too much hassle’ and in order to save money.   To economise vets are often not called when animals are sick, and they are left to die a lingering death or are shot.

Sentient beings are just a number in these places: counted on their dollar worth and that alone.  What’s more, after a lifetime of such abuse,  many endure the horror of live-export to places like Asia where they end up in cruel, unregulated slaughterhouses.  From birth to death they have known nothing but abuse, suffering and terror.

There is a way to stop such abominations from happening, and that is to eat a vegan diet.