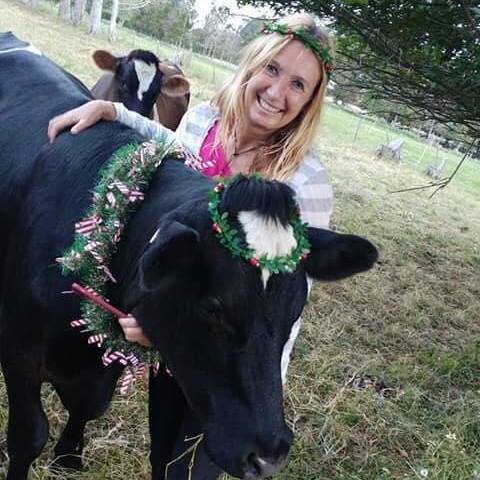 We’ve all had a bad day every now and again. Some are worse than others, involving a threat to our lives or our safety. Imagine if that kind of bad day were also your last?

I remember someone telling me a while back about some steers that she raised on her property for their meat. These steers were friendly and loved eating apples. When the time came for them to be killed, she would call one of them over. As she was giving the steer an apple, the home kill chap planted a bullet in his head. The steer was having a good day that turned into a very bad one. 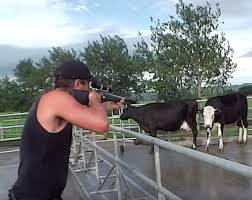 They trust us, and we betray them.

In her book ‘The Ultimate Betrayal. Is There Happy Meat?’ , Hope Bohanec discusses the ethics of such a betrayal. When an animal trusts you with their life, says Bohanec, killing them is the worst act of violence and inhumanity possible. She says, “the more humanely an animal is treated, the greater the bond of trust, and the greater the bond of trust, the more severe the crime of betrayal.” There has been a moral transgression, which includes fraud, betrayal and violence.

There has been a moral transgression, which includes fraud, betrayal and violence.

Furthermore, Bohanec discusses the lies we tell ourselves about ‘humane slaughter’ and the idea that it is acceptable to kill an animal as long as she or he lived a good life. You often hear people talk about how the animal had a great life, and only had one bad day (the day of his/her death). One bad day, when the sun was shining down through dappled leaves, and the apple’s sweetness burst in the steer’s mouth. Maybe out of the corner of his eye the steer saw the man raise his gun, but it was too late. One bad moment of realization, and he was dead.

We need to become very real about what we are doing when we kill animals for their meat. We are taking the life of a living, sentient being. This animal does not want to lose their life, it is all they have. Once they are gone their individuality and sentience goes with them, and any possibility they ever had to enjoy themselves drains out of them with their blood.

Too often we have minimized an animal’s suffering on the basis that she or he is not human. We reduce their rich emotional lives to one-dimensional instincts. But animals, just like us, are driven not just by instincts, but by subjective feelings.  Current scientific research convincingly demonstrates that animals can feel the same emotions as humans. 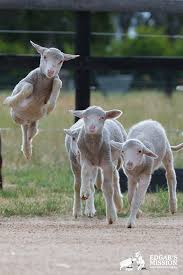 The scientific consensus is that animals feel similar emotions to ourselves.

This much I know to be true. But there are some things I don’t know.

And I don’t know how humans can hold life in such contempt.

But I do know a whole lot more than the Eighteenth century Western philosopher Rene Descartes. Descartes did not agree that animals feel pain. Despite loving his dog and caring for him, he stated that animals were mere automatons – reacting to external stimuli as a matter of mere reflex or impulse.

I don’t need to do scientific experiments to know animals have deep feelings. There is a pig pen at the back of my house and every Saturday one of them is killed for meat. There is no denying the absolute terror in the squeals. The last guttural horrified gasp as the pig chokes to death on his own blood is harrowing. That last grasp at life sinks into my stomach like a stone, turns my own blood to frozen water. I can sense his feeling of powerlessness as he realized he was being killed. It travelled though my body too. We are all one.

That last grasp at life sinks into my stomach like a stone, turns my own blood to frozen water. 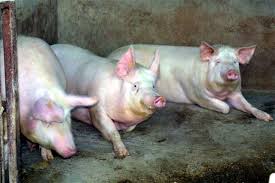 In focusing on the sameness between humans and animals, new questions are beginning to emerge regarding our treatment of them. Currently humans parade around the Earth as if animals are the mere backdrop to our superior existence, instead of our kin. We often treat them as nothing more than stuffed puppets to look at, or bags of meat encased in skin to eat.

This is a plea to re-think our relationship with animals, especially farmed animals. Farmed animals are the most abused and betrayed animals on Earth. We breed them specifically to satisfy our desires for food and clothes. We mutilate their bodies, forcibly impregnate them, incarcerate them in filthy concrete pens, cages and feedlots, and jam them full of antibiotics to keep them alive just long enough for them to get big enough to eat. We also kill their offspring if they are not wanted ( for example male chicks in the egg industry and bobby calves in the dairy industry).

Animals are our kin, not our inferiors. We need to develop a new ethic guiding our relationship with them based on compassion, respect, and care.