Animal cruelty is largely ignored, when it comes to fishes 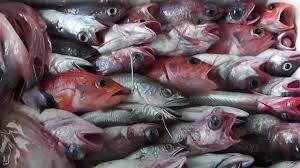 This week a global salmon farm operation headquartered in Canada, is under investigation for animal cruelty as a result of a campaign conducted by Compassion Over Killing (COK).   Undercover footage shows salmon being scooped out of cramped tanks and tossed into plastic containers where they are left to slowly suffocate.

Fishes are without doubt the most abused vertebrates on the planet, and the last for the public to recognize their sentience.    Despite many scientific investigations showing they feel pain and emotions, are smart, and form attachments just like other groups of animals, it is still widely believed by the general public that fishes do not possess these characteristics.  Joker Star Joaquin Phoenix describes a fishing experience that he had at the age of 3: “The animal went from a living, vibrant creature fighting for life to a violent death. I recognized it, as did my brothers and sisters.”

It is not OK to torture sentient beings by painfully ripping open their flesh, and suffocating them.  It is a bad idea to teach a child to fish, and it’s time to throw the fishing rod on the recycle truck.    Commercial fishing and fish farming is extremely cruel to fishes, and should be banned.

So what does a fish feel and know?   Read the Q&A with scientist and author Jonathan Balcome, author of What a Fish Knows: The Inner Lives of our Underwater Cousins