Xmas Not A Merry Time For Farmed Animals 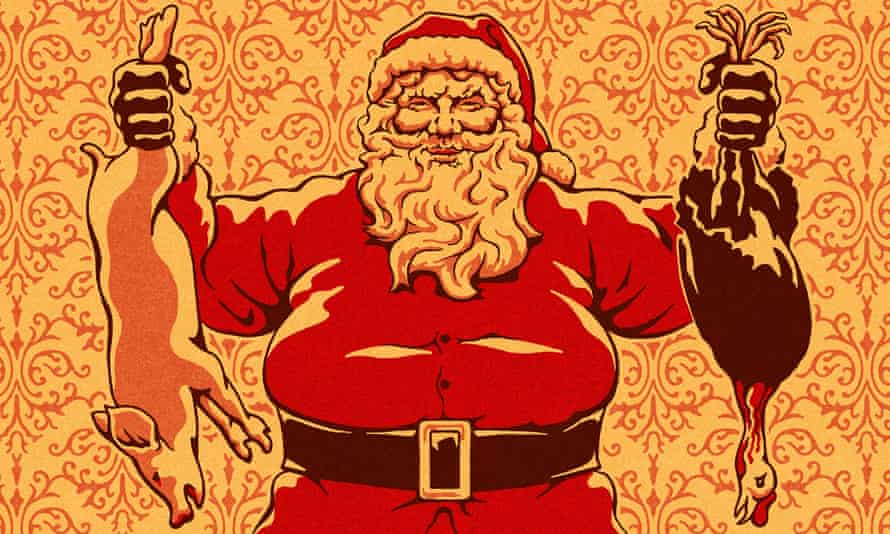 As I stand at my two local slaughterhouses here in Whanganui New Zealand I witness the ‘Xmas Rush’, as many more trucks arrive with animals to be slaughtered.

It is heartbreaking to see the gentle animals peering out of the narrow openings of their vehicles, looking out at the world for the last time before their deaths.

However, I remind myself that our cruelty and indifference towards animals is nothing new, and, thankfully, our acknowledgement of animal sentience is much more widespread than it was.  The extract below is from Ian Hay, from his Guardian article a few years ago:

“This has never been a good season for animals, but two or three centuries ago it was rather worse. Christmas dinner was preceded by artisanal cruelty in all its terrible variety. Poultry, for instance: the less they ran or fluttered about, the fatter they got, so geese would be nailed by their webbed feet to the floor, while chickens and game birds were confined to windowless cells, sometimes after their keeper had taken the extra precaution of blinding them or cutting off their legs.

Mammals were, literally, a tougher proposition. Popular belief said that meat was best tenderised while it was still alive, so calves and pigs were whipped to death with knotted ropes, and bulls killed only after dogs had baited them. Succulent Dorset lambs, according to the historian Keith Thomas, arrived at the Christmas tables of the Georgian gentry only after a lengthy imprisonment in “dark little cabins”.

A desire for paler meat led to longer deaths. A calf’s executioner, having cut the animal at the neck, would let it bleed for a while and then staunch the wound for a day to let death come slowly. As for turkeys, the custom was to snip a vein inside their mouths and hang them upside down, so that their blood dripped out little by little. The upside-down position remains a constant of turkey slaughter, though the process today is industrial, possibly less painful and necessarily quicker.

Somewhere around 10 million of the birds will be eaten this Christmas in Britain, ending their brief lives suspended by their legs from a production line that plunges them head-first into the electrified stunning baths, and then to the slaughterhouse workers who slash open their carotid arteries. One stroke usually does it.”

We still have a long way to go, but our awareness is expanding, and the momentum to stop killing animals and the closure of slaughterhouses is also growing.

We must continue our work until every slaughterhouse is closed forever.  Once the institutionalised carnage of our fellow beings is over, we can truly begin to build a violence-free world.

I would like to wish all our subscribers and readers and your human and animal family members a joyous holiday season.   Thankyou for your support for my little website’s goals.   Here in New Zealand we have not been impacted by Covid-19 nearly as much as other parts of the world, and I send love to all of you in countries that have experienced extensive lockdowns and other difficulties.   I hope 2021 will be a much better year for you, for us, and for the animals.