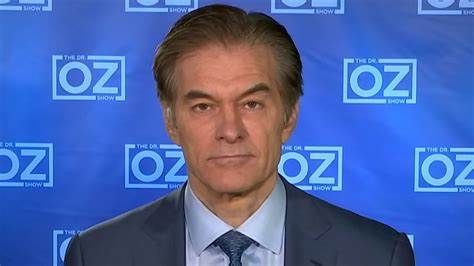 I remember watching Dr Mehmet Oz on The Oprah Winfrey Show, where he made many appearances over the years.  Oprah was clearly a fan, and Harpo Productions subsequently launched The Dr Oz Show, a daily television program on medical matters and health that was hosted by the charismatic heart surgeon.  The program, while popular, came under a lot of scrutiny by the medical establishment as he featured such topics as faith healing and the paranormal.  Now the doctor is embroiled in even more serious allegations, that he abused animals when he was ‘principal investigator’ in the Columbia University Institute of Comparative Medicine labs.

Mehmet Oz is a true American success story.  The son of Turkish immigrants whose father literally grew up ‘dirt poor’ – sleeping on a dirt floor in his native country – before emigrating to the United States.   Before he became a medical celebrity he had a brilliant career as a heart surgeon and academic, and in the latest stage of his self -reinvention is venturing into politics, currently running for the Pennsylvania Senate.   From his point of view, the news that surfaced this week that he supervised a vivisection laboratory that committed animal abuse is terrible timing.

After centuries of vivisection going back to 500 BCE, and that swelled enormously from the mid 20th century, we seem to be reaching a point where testing on animals is losing public sanction.  Yet an estimated 100 million animals still suffer and die every year in laboratories all over the world, with little or no protection from cruelty.  While a wide range of animals are experimented on, most commonly used are non-human primates, rats and mice, dogs, pigs, cats, sheep, rabbits and pigeons.  The animals are then killed when they are no longer useful to the experiment.

It is cruel and unethical to sentence animals to a barren life in a laboratory cage, intentionally cause them pain, disfiguration, loneliness, fear and despair, and then at the end of it all, take their lives.  But it is also bad science.

In 2004 the FDA estimated that 92 percent of drugs that pass preclinical tests, and use animals, fail to proceed to the market.  One has to ask how all that time, money, energy – and animal suffering – can be justified for such a poor result.

Humane alternatives to animal testing now exist, including computer modelling, in vitro technology, human-patient simulators among others, and what’s more they are cheaper, faster and more accurate than animal tests.

It is time to stop the cruelty and waste that is animal testing, and use current technology to achieve better outcomes.

Animal Activists Sway A Jury By Their Mercy