VOICES FOR ANIMALS ACROSS THE AGES: ELLA WHEELER WILCOX 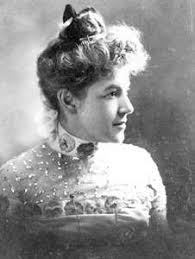 Ella Wheeler Wilcox (November 5, 1850 – October 30, 1919) was an American author and poet. Her works include Poems of Passion, and Solitude.   She coined some memorable phrases, including  “Laugh, and the world laughs with you; weep, and you weep alone”.

Her poems, written in rhyming verse, were filled with insight, and though not highly critically acclaimed were widely accepted and loved by the public. Her works popularized what at the time was known as ‘New Thought’ embodying the belief that all life is connected spiritually as well as physically, and that people are spiritual beings.  As ‘Voice for the Voiceless’,  her most famous Animal Rights poem shows, she believed that animals also have souls.   Some of her most popular works were ‘Poems of Passion’, (1883) A Woman of the World’ (1904)‘Poems of Peace’, (1906), and ‘Poems of Experience’ (1910). Her autobiography,  titled ‘The Worlds and I’, was published a year before her death.

‘You may choose your words like a connoisseur, And polish it up with art, But the word that sways, and stirs, and stays, Is the word that comes from the heart’.  Ella Wheeler Wilcox 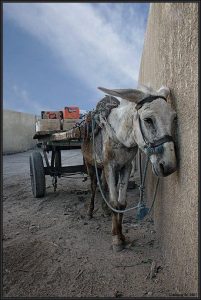 THE VOICE OF THE VOICELESS

I am the voice of the voiceless;
Through me the dumb shall speak;
Till the deaf world’s ear be made to hear
The cry of the wordless weak.
From street, from cage, and from kennel,
From jungle and stall, the wail
Of my tortured kin proclaims the sin
Of the mighty against the frail.

I am a ray from the centre;
And I will feed God’s spark,
Till a great light glows in the night and shows
The dark deeds done in the dark.
And full on the thoughtless sleeper
Shall flash its glaring flame,
Till he wakens to see what crimes may be
Cloaked under an honoured name.

The same Force formed the sparrow
That fashioned man, the king;
The God of the Whole gave a spark of soul
To furred and to feathered thing.
And I am my brother’s keeper,
And I will fight his fight,
And speak the word for beast and bird,
Till the world shall set things right. 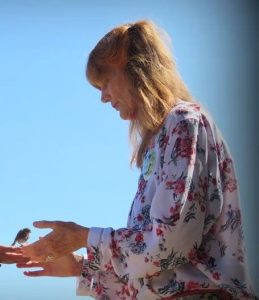 Let no voice cavil at Science–
The strong torch-bearer of God;
For brave are his deeds, though dying creeds,
Must fall where his feet have trod.
But he who would trample kindness
And mercy into the dust–
He has missed the trail, and his quest will fail:
He is not the guide to trust.

For love is the true religion,
And love is the law sublime;
And all that is wrought, where love is not,
Will die at the touch of time.
And Science, the great revealer,
Must flame his torch at the Source;
And keep it bright with that holy light,
Or his feet shall fail on the course. 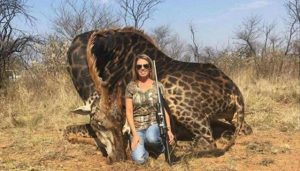 Oh, never a brute in the forest,
And never a snake in the fen,
Or ravening bird, starvation stirred,
Has hunted its prey like men.
For hunger, and fear, and passion
Alone drive beasts to slay,
But wonderful man, the crown of the plan,
Tortures, and kills, for play.

He goes well fed from his table;
He kisses his child and wife;
Then he haunts a wood, till he orphans a brood,
Or robs a deer of its life.
He aims at a speck in the azure;
Winged love, that has flown at a call;
It reels down to die, and he lets it lie;
His pleasure was seeing it fall. 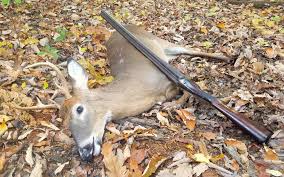 And one there was, weary of laurels,
Of burdens and troubles of State;
So the jungle he sought, with the beautiful thought
Of shooting a she lion’s mate.
And one came down from the pulpit,
In the pride of a duty done,
And his cloth sufficed, as his emblem of Christ,
While murder smoked out of his gun.

One strays from the haunts of fashion
With an indolent, unused brain;
But his sluggish heart feels a sudden start
In the purpose of giving pain.
And the fluttering flock of pigeons,
As they rise on eager wings,
From prison to death, bring a catch in his breath:
Oh, the rapture of killing things!

Now, this is the race as we find it,
Where love, in the creed, spells hate;
And where bird and beast meet a foe in the priest
And in rulers of fashion and State.
But up to the Kingdom of Thinkers
Has risen the cry of our kin;
And the weapons of thought are burnished and brought
To clash with the bludgeons of sin.

Far Christ, of a million churches,
Come near to the earth again;
Be more than a Name; be a living Flame;
‘Make Good’ in the hearts of men.
Shine full on the path of Science,
And show it the heights above,
Where vast truths lie for the searching eye
That shall follow the torch of love. 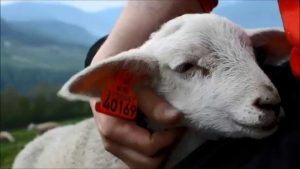