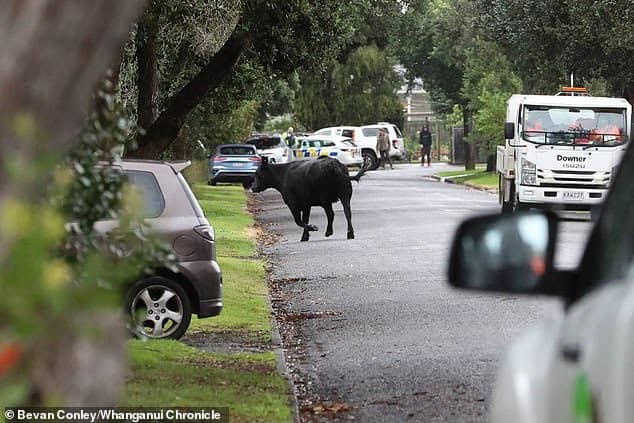 Two steers made a brave effort to escape their fate in a slaughterhouse in Aotearoa New Zealand this week.    The speciesism that values some non-human lives over others sealed their fate.

On Monday 11th July a cow who had been running around the streets in a New Zealand town for nearly two hours was shot dead by police.  Another steer who escaped with him was contained and returned to the very place both animals were desperately trying to flee.

Self-isolating with Covid, I couldn’t drive to where the drama was unfolding to appeal for the lives of the animals. I am familiar with all three slaughterhouses in this town.   Since moving to Whanganui four years ago I have been doing peaceful weekly vigils at two of them, as part of the Animal Save movement.  I have countless photos and videos of frightened, depressed cows, and friends and I  have recorded them lowing, mooing, and bellowing their distress as they wait to be killed.   From the very moment they arrive they are on high alert.   Their instincts tell them something is very wrong, and they can probably ‘smell the blood in the air’.  It is rare animals ever get a chance to escape, but one came up at Waimarie Meats on Monday, and two steers went for it.

Forced to stay home and follow online, I telephoned the police to ask them not to kill the animals, saying I could provide a temporary home for them until a sanctuary could be found.   I had just been told the steer had been killed when I received a call from a police officer, who politely explained why such drastic action was taken.

According to the officer the decision was made because the steer in question was agitated, and had already charged an officer and knocked him to the ground.     The steer was stuck in mud near a cycleway that runs along the riverside near the meatworks, and risked breaking a leg as he tried to extricate himself.  The officers were also concerned if he did get himself out he could run onto the main road and cause a crash, or attack members of the public (despite the fact that he had already been running through the suburb for more than an hour prior to this). 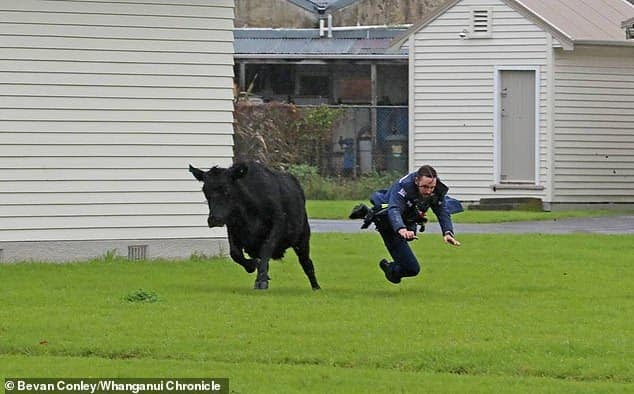 I asked why several officers couldn’t have approached the distressed animal while he was partially immobilised.  They could have tried to calm him down by talking softly, then use ropes to secure him, and help him out of the mud.   The animal was frightened, and vulnerable.  Why was the most violent and lethal option chosen before anything else was tried?  The officer replied that they had carried out the course of action they thought best in the circumstances.

I was angry and upset.   Why don’t people care about the lives of farmed animals?  There is no intrinsic difference between the life of this steer and the life of my own beloved dog.    Our society has a ‘speciesist’ mentality that creates arbitrary distinctions between different animals, such as dogs and cats, and the animals we farm for food. Speciesism also carries the idea of human entitlement to the point that our steak sandwich is more important than the only life an animal will ever have.   We think nothing of ripping off their skin for a fur or leather jacket, forcing them into slaughterhouses for a sausage, separating newborn calves from their mothers because we want to drink their milk.  We do this hundreds of billions of times in the world every year, hundreds of millions of times in Aotearoa New Zealand, and it is all normal.    But ‘normal’ is not ‘right’.   Our treatment of other animals is purely and simply a question of morality.

While other animals may be vastly different from us in terms of form, and level of intelligence among other things, it is not our differences that are relevant when deciding whether non-humans matter morally, but our similarities.   The most important of these is sentience, the capacity to feel pain and experience emotional states subjectively, and we share this with all other animals on the planet.

The cows who made a valiant bid for freedom on Monday spent their last hours in pain and terror.   Within their massive bodies their hearts were hammering as they ran the streets of Whanganui looking for a safe haven, only to discover that none could be found.

Knowing how they suffered I didn’t find the puns from this George article remotely funny, and was saddened (but not surprised) at the tenor of online comments on local news pages.  Pathetic, predictable comments such as ‘steak-out’ abounded, and most of the reactions – hundreds of them – were laugh emojis.  In the Whanganui Chronicle article a witness was quoted referring to the cow as ‘this thing’, and their writer used the word ‘beast’ at least once to describe him.   Speciesism in action.

We don’t have to be killing and eating other animals in 2022, and bringing needless suffering upon their innocent heads.  It is high time to fix our prevailing thinking that judges some lives to be less important because of the pleasure we get from a 15 minute meal.

We need to start phasing out animal agriculture from Aotearoa New Zealand, and begin to work towards a plant-based economy.  There will be many advantages if we do, not only for the animals, our health and the environment.    When we finally stop exploiting and killing animals we won’t only be fixing our outdated, inherited thinking.  We’ll be fixing our souls. 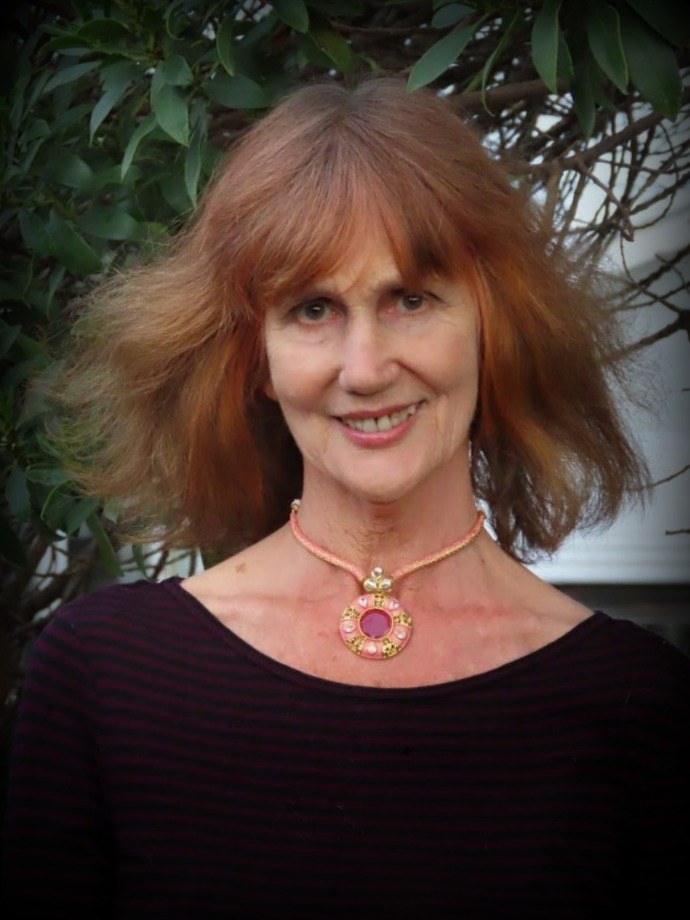 Sandra Kyle is an animal activist, teacher and writer.  She is the Editor of End Animal Slaughter