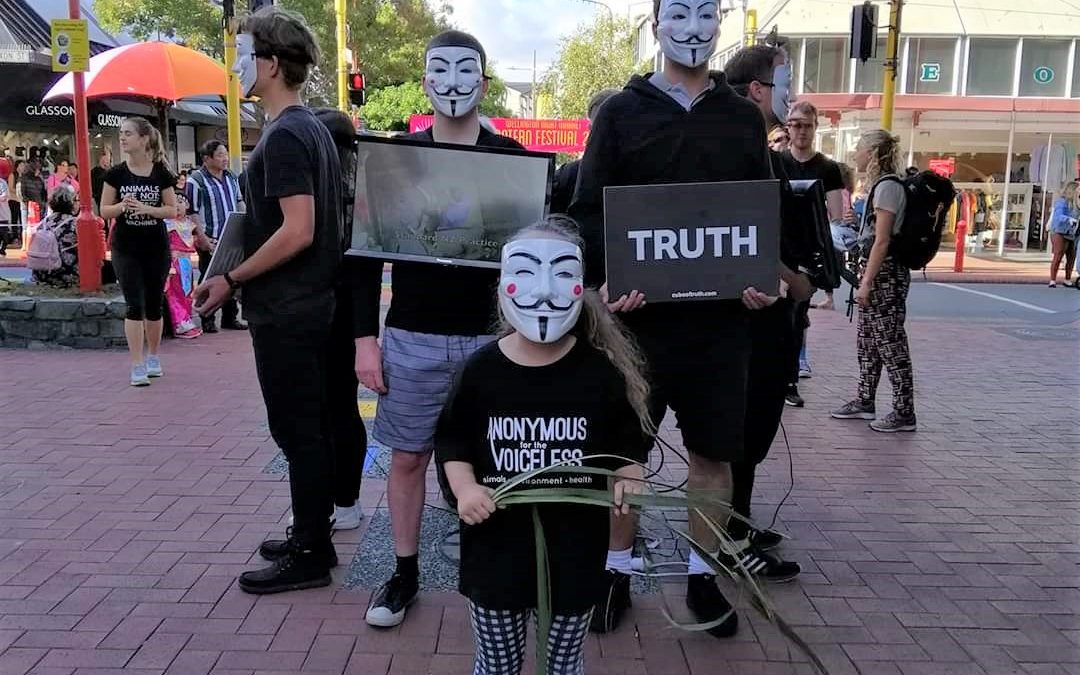 In the first of our series on mother and daughter vegan activists we feature author M C Ronen, and her 10 year old daughter.

Maya, why did you become vegan?

When he was just a toddler, my son developed a keen interest in sharks. Back then my knowledge and understanding of sharks were very limited. My vocabulary encompassed, at best, three kinds of sharks. But as any dedicated parent might do, I wanted to deliberately nurture this new fascination of his, and through his eyes full of wonder, my world expanded.

That’s how I first came across Sea Shepherd. Through them, I was finally exposed to the shocking extent of the atrocities perpetuated on oceanic lives, among them billions of sharks. Several years passed, until in 2012, about six months after my daughter was born, through some reading, I realised that all Sea Shepherd ships were strictly vegan. This caught me by surprise. ‘A bit extreme’ I thought to myself. ‘There goes my dream of chasing whalers in the Southern Ocean…’

Veganism seemed so over the top, that I simply had to understand the reason for it. Defending whales was all well and good – but being vegan? Why? I decided to research it. I looked for vegan sites and read everything I could find. And, to my horror, the penny had finally dropped, and with a crashing resonance. It turned out cows don’t really ‘give us milk’ after all… and chickens, they don’t ‘give us eggs’.  I was embarrassed at the level of my own ignorance. As a mother, it never occurred to me that all mammalian females must be pregnant first in order to lactate, just like me. That was my watershed moment. I decided to go vegan, no detours or baby steps. My husband, then a vegetarian, followed me and after a short while the entire household became vegan. 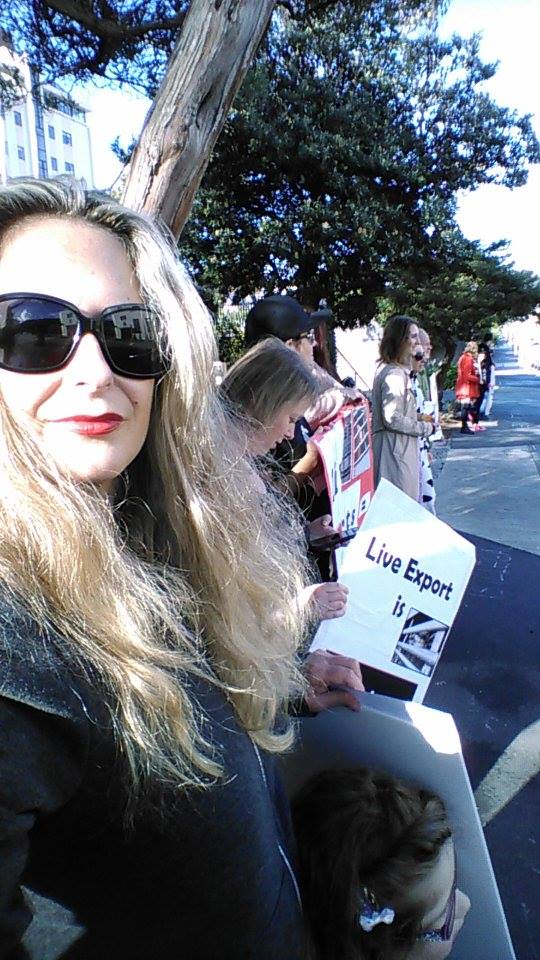 Why did you decide to bring up your children vegan? Why do you think it is the best diet/lifestyle for them?

When I became vegan, I knew of no other vegans. It felt like jumping into a big, wide, black-hole of the unknown. The resources for new vegans were few, and I had to navigate this new life that I had chosen completely by myself.  With the passing of time I made many friends, became an animal rights activist, and the exponential growth of the vegan community made vegan food readily available everywhere.

But only ten years ago it wasn’t so. Compound this overnight introduction to veganism, for me an uncharted territory, with the disapproving faces of Plunket nurses who insisted I had to feed my baby daughter with dairy, and you’ll get some real challenging decisions to be made. But I knew that for me there was no way back. Once you know the atrocities perpetuated against billions of innocent animals by humans, there is no way of erasing this knowledge from your mind. Once you see, you cannot unsee. There was no way for me to keep living life as it was once those societal blinds were removed.

I had to learn the right way to be vegan and provide my children with healthy, nourishing, and desirable meals that include plenty of healthy nutrients, but without the cruelty. I confess I’m not the greatest cook, but I’m improving all the time. There are three posters on the pantry in my house, designed by ‘Simple Happy Kitchen’ that show, in a cute and accessible way, sources of plant-based iron, calcium, and protein. The children still refer to it, even today. 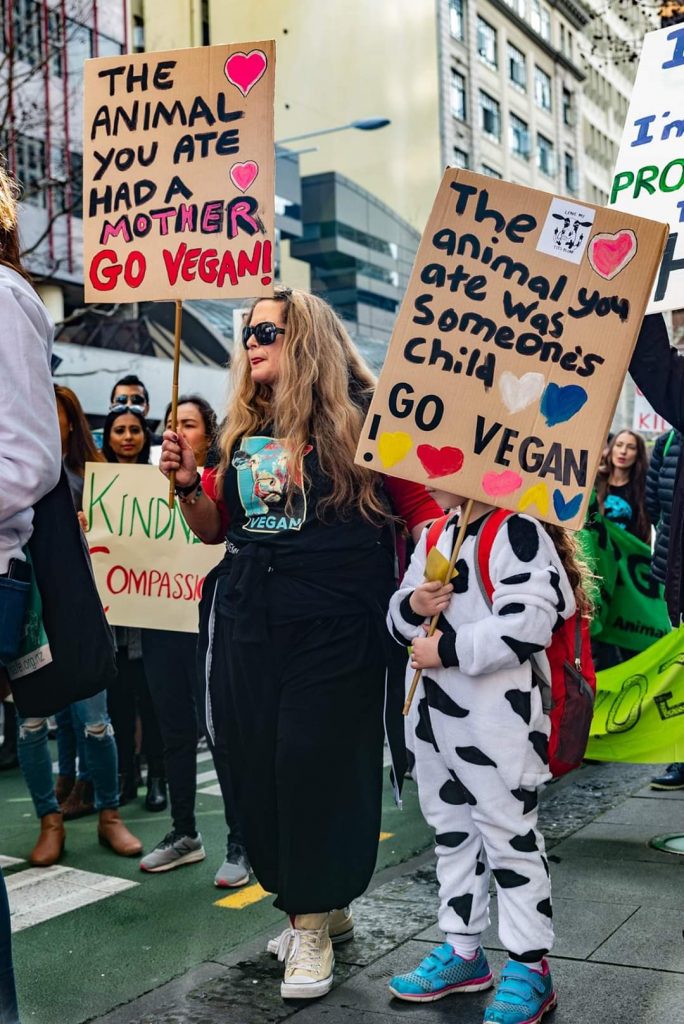 When did you notice that your daughter was also beginning to share your passion for animal rights?

Being vegan in a non-vegan world can be rather challenging. This is true for us adults, but even more so for young children. Being vegan forces you, as an adult, to constantly validate the decision you took to avoid animals’ suffering.

For us it might be easy, because we know the truth, but for children who don’t understand, the decision is hard. Imagine going to a birthday party and being told the cake wasn’t vegan so you ‘can’t eat it’. A child doesn’t understand that as vegans there is no such thing as a food we ‘can’t’ eat – rather we choose not to. As a parent, I decided not to lie to my children, and to let them know exactly why we choose not to. Knowledge is power. From a young age my daughter knew exactly what happens in dairy farms, in egg hatcheries, in pig stalls. I did not cover her eyes when she joined me at  a ‘Cube of Truth’ outreach action and watched slaughterhouse footage on the screens the activists were holding. Knowing the truth means that she is never tempted by non-vegan food. The truth empowers her.

That strength also means she aches to speak up for the animals and share this uncompromising truth widely, in the same way I do. At a young age she started tagging along to various animal rights activities: street outreach, vigils, and marches, and still often does. Activism for the animals is something we live and breathe in our house, and as the saying goes, the apple did not fall far from the tree. 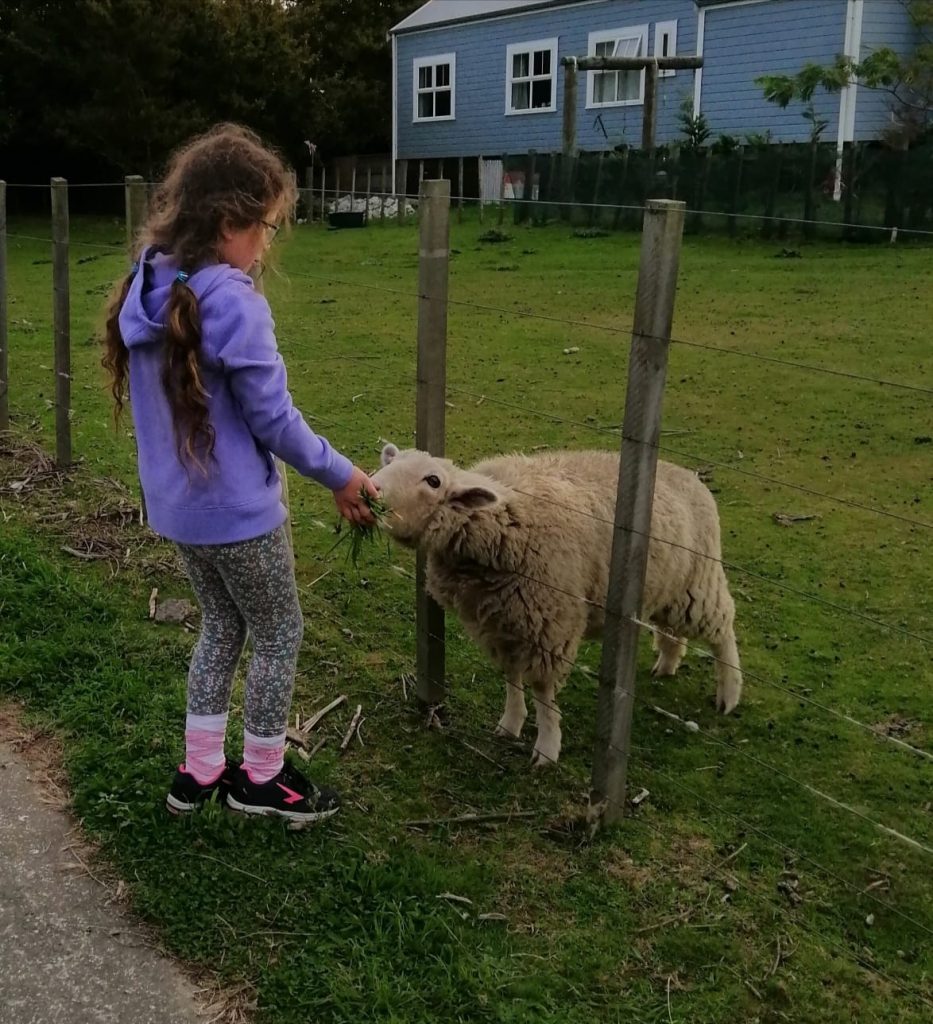 Tell us about the difference she is making with her peers, at school, etc.

At every opportunity she gets, my daughter speaks up for the animals. When children chase a poor bug on school grounds, she defends it and moves it to a safe place; when they rave about the deliciousness of sausage-shaped flesh, she tells them exactly what part of the animals they are eating.  She brings vegan food to every shared-plate occasion, and the children love it (it’s usually the plate that clears all the food first).  When the school goes to the zoo for an educational experience ‘to learn about the animals’, she explains loudly and clearly why she won’t be joining them. When she was younger, she would bring vegan children’s books such as ‘Esther the Wonder Pig’ to share with the class. She would make excellent and compelling speeches about animal cruelty, and the benefits of veganism. She will never be silent. When a classmate recently brought the antler of a dead deer that his father hunted, as part of a ‘Show and Tell’, she counteracted this with a presentation about how magnificent animals are, and how cruel it is to kill them. She does this with ample charm and dedication that keep me in constant awe of her. There are occasions when another child might try to deliberately rattle her, and other times she had to face an ignorant teacher. She deals with such setbacks with enviable maturity and resolve.

Many times, her classmates have reacted with a genuine expression of wanting to change their way of life; however, as can be expected, this is often blocked at home by a horrified parent. My daughter knows that all she can hope for, at her age, is to plant enough seeds in her friends that will hopefully one day mature into beautiful change.   I am so immensely proud of her and everything she does is magic. 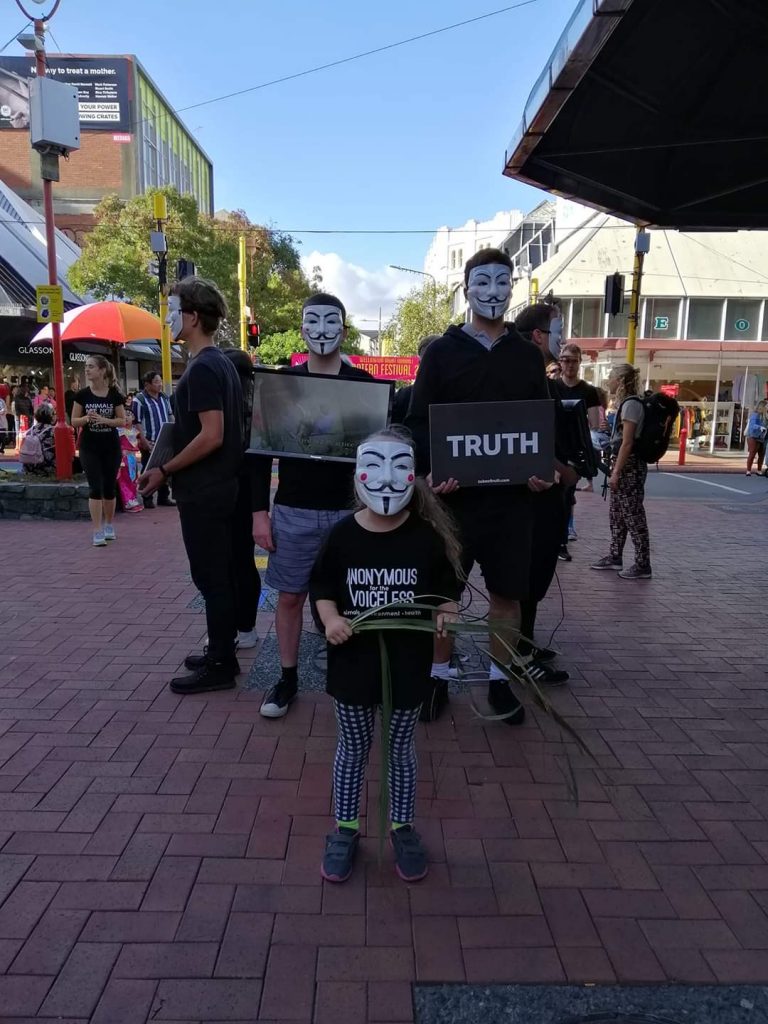 What hopes do you have for her in the future?

I hope my daughter grows into a world where animal rights are made into law, veganism into norm and exploiting animals into a criminal offence. A world dominated by true kindness and deep compassion. A world where one’s success is not measured by how much money they have amassed, but by how many good deeds they have  done, and how many living souls they have helped.

However, thanks to human ignorance, apathy, and greed, I live in real fear that there will be no future for any of our children on this planet. Only recently an attempt by New Zealand officials to remove all reference to ‘plant-based living’ from a formal climate change document, made the news. Too little is being done, and too late.  Governments are still too fearful of touching the strong animal agriculture industry. The only way to avoid destruction is to diversify into a plant-based economy immediately, but this is not really happening.

I can only hope that all parents truly care for the future of their children, and as conditions on this planet start turning against us, more will choose to become vegan to preserve whatever we have left of the paradise we once had, but were too arrogant to share with all beings, in peace.

Thankyou for your time, Maya.