Their foie gras won a medal, but this is how their ducks are treated! 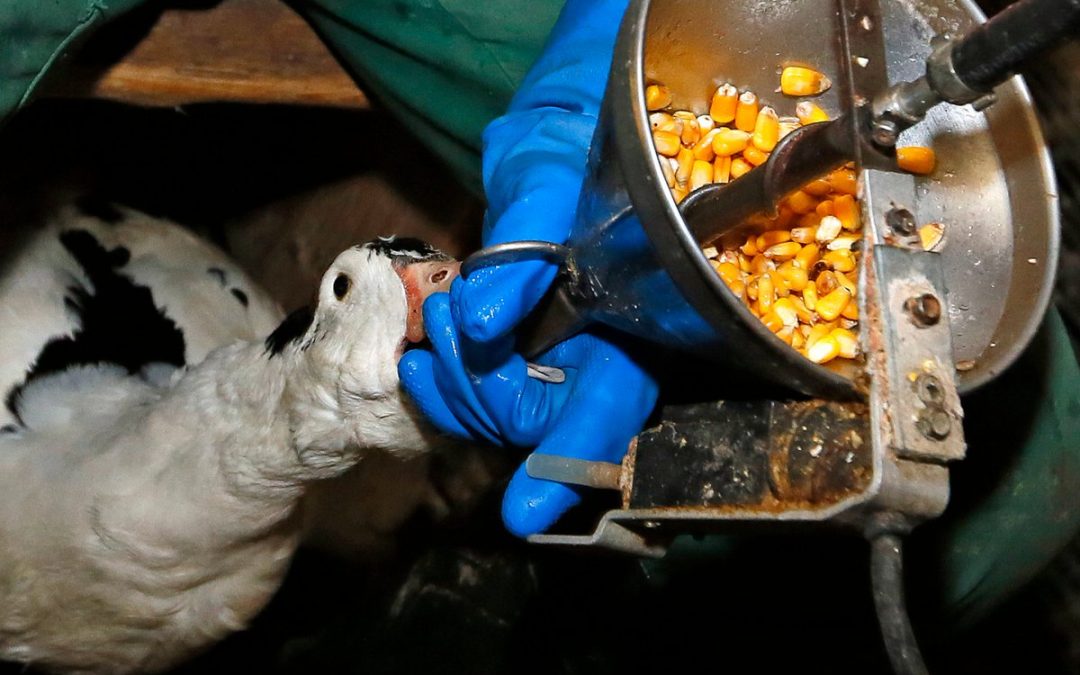 Foie gras, (French: “fat liver”), a delicacy that belongs to the ‘protected cultural and gastronomical heritage of France’, is the liver of a goose or duck that has been fattened by a process of force-feeding. The practice has its roots in ancient Egypt, and was adopted by the Romans and mediaeval Jewry through to modern-day France. The product is produced and consumed worldwide, particularly in Europe, the United States and China.  However, as a result of the campaigns of Animal Rights activists,  awareness about the unbelievable cruelty  that produces foie gras has grown, and more and more restaurants and retailers are withdrawing it from their menus and shelves.

Read the Mercy for Animals article that reveals the cruel forced gorging of male ducks on a prize-winning French foie gras farm, while female ducks (not used for foie gras) are left to slowly suffocate.

‘When the male ducks are several weeks old, they are immobilized in narrow metal cages and force-fed with air pumps. The extreme overfeeding causes the young ducks to gasp for breath and gives them terrible diarrhea. According to L214, the process is so physically traumatizing that 10 times more ducks die during the force-feeding period than under normal conditions’.

‘MFA’s undercover investigator documented a culture of cruelty at HVFG, including: Workers violently shoving metal pipes down ducks’ throats, dead ducks — killed by the cruel force-feeding process — callously thrown away into trash bins, birds with open, bleeding wounds left to suffer without proper veterinary care, and fully conscious ducks being shackled upside down and having their throats cut open’. 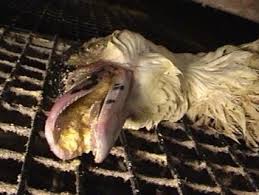