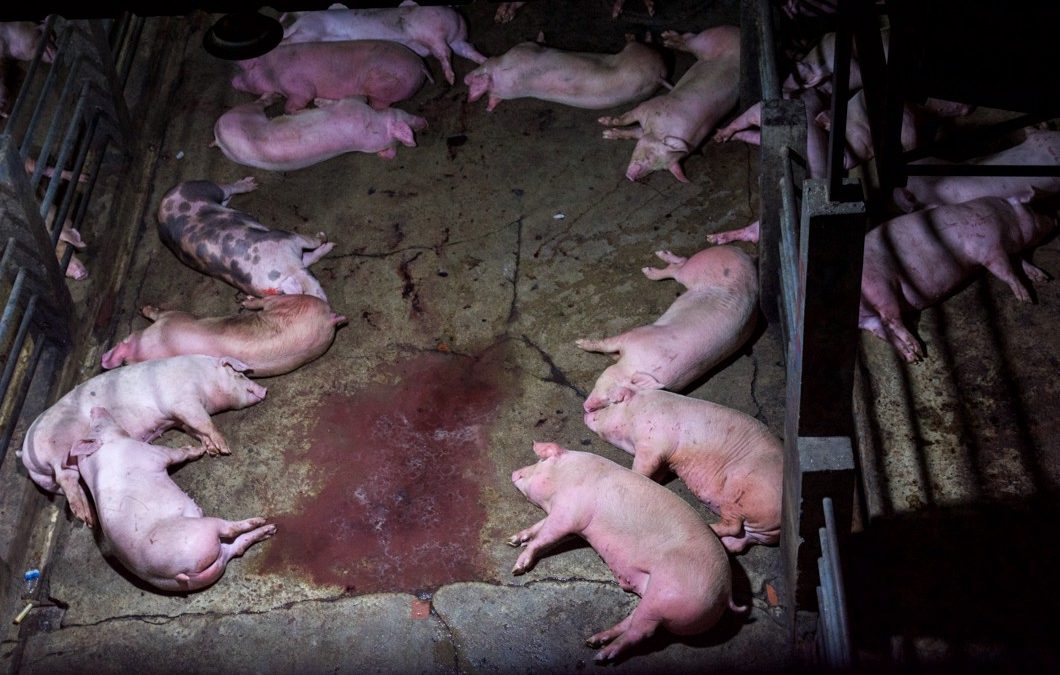 Animal activist Amy Jones and her partner witnessed brutal pig slaughter in a Cambodian abattoir – but felt no hate for the slaughterers.

‘Eventually, the workers rose from their hammocks, picked up their knives, and approached the animals in pairs. One worker used a metal rod to pummel the pig’s head, before sitting on the struggling animal. Then, while the dazed pig writhed and trembled, the other worker knelt and slit the pig’s throat. As the animals died, they were dragged across the bloody concrete floor, to be thrown into a boiling vat of water. The other pigs huddled together, their bodies shaking. The night quickly filled with the sound of screaming animals. In an apartment room close by, a baby began to shriek. The wailing sounded eerily similar to the animals’ screams coming from the killing floor below’.

‘Due to the inherent nature of the job, slaughterhouse workers are frequently exposed to trauma, violence, and extreme stress, and so it’s perhaps not surprising that slaughterhouse employees suffer from a host of physical and psychological problems including PTSD. These problems often spill over into families and communities through an increase in crime rate, particularly drug and alcohol abuse, and higher incidents of domestic abuse’.