REFLECTIONS FROM A TRAVELLING VEGAN 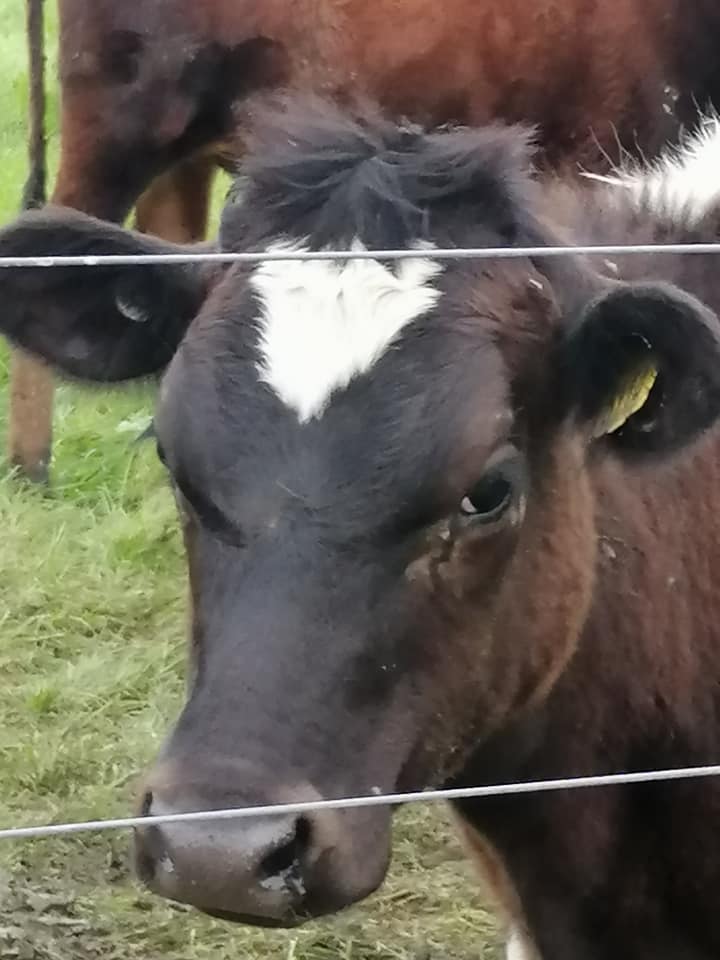 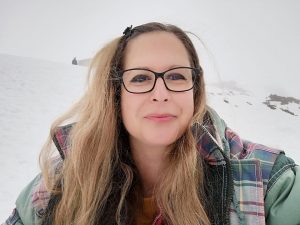 A ski-ing holiday was just the ticket for vegan mother and author, Maya Cohen-Ronen

My family has Just returned from a fantastic three-day stay at and around the Whakapapa ski field, Ruapehu, one of New Zealand’s premiere alpine locations.   From our home in Wellington, the capital, we travelled by car all the way north to Lake Taupo in the middle of the North Island, and back again.   There are no complaints about the weather – Mother Nature turned on both some beautiful dry spells, as well as a snow blizzard!  It was a lovely experience up on the ski field to look out and see a layer of fresh powdery snow brighten the slopes.

It was a family escape, a welcomed break, and also a memorable experience. We had no trouble finding vegan food and we were served a sumptuous vegan high tea in our hotel.  Everything was fantastic about our holiday, except for two things.

The first, which most New Zealand animal guardians would recognise, is the painful inability to travel with companion animals in our country. It is near-impossible to find a hotel with a policy of accepting animals, and even leaving them in the car while walking out and about is strictly prohibited in places like the Tongariro National Park.  We had no choice but to book our dog Phoebe into a kennel on the way. It was a good facility, but we were saddened to leave her behind. She, of course, did not understand that it was just a temporary arrangement, so the sense of betrayal was excruciating.   Compared with how easy it was to travel almost everywhere with our beloved Luther (Rip) when we lived in Scotland, New Zealand is lagging way behind. 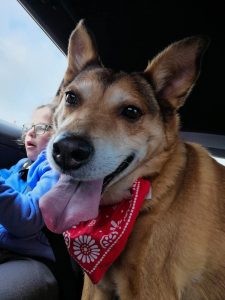 The family’s beloved dog Phoebe goes with them everywhere.

The second, is… we saw so many cows.

FIELDS AND FIELDS of cows.

Some were males, some dairy cows, some bulls, some heifers. Slaves one and all to the profiteers of the meat and dairy industries. Short-lived victims of oblivious addicts to their flesh and secretions. I wonder how people who cannot live without their steak and cheese see them as they stand, innocent and peaceful,  in the fields.   Sometimes I think they don’t even see them at all.

But we did. And it was horrid. It is now spring, calving season.  As we were arriving we gushed at fields full of beautiful, precious young babies. On our way home, these babies were already separated from their mothers so the lactating, grieving cows could “give us” their milk. So young and helpless, some of the calves were not even ready to stand yet!  We also saw a lot of sheep and adorable lambs everywhere. The lambs were all so playful. I saw one running to her mother, who was calling her, just like my daughter would run to me. Somewhere else, two curious babies were exploring a little pond together. They were all so cute and childlike, oblivious to the fate of cruel, bloody slaughter awaiting them in just a few months.  Seeing all this I was angry.  I felt like screaming.  This is all because of us. Flesh eating zombies move amongst us! The cafeteria at Whakapapa stank with the stench of rotting corpses covered in sauce. Can meat-eaters even smell the stink of their choices, I wonder?

If you consume meat and dairy, please wake up!  Open your eyes and see what vegans see!  Stop being the cause of innocent animals suffering.

Release yourselves from the matrix and exit gracefully.  You will never regret it.

Maya is the author of a dystopian thriller ‘The Shed’, and is currently working on her second book.

Meteor, the fugitive from slaughter, will probably have his life spared

Horrific slaughter of whales in the name of culture and tradition