Pigs in Peril: Slaughterhouse deregulation in the US 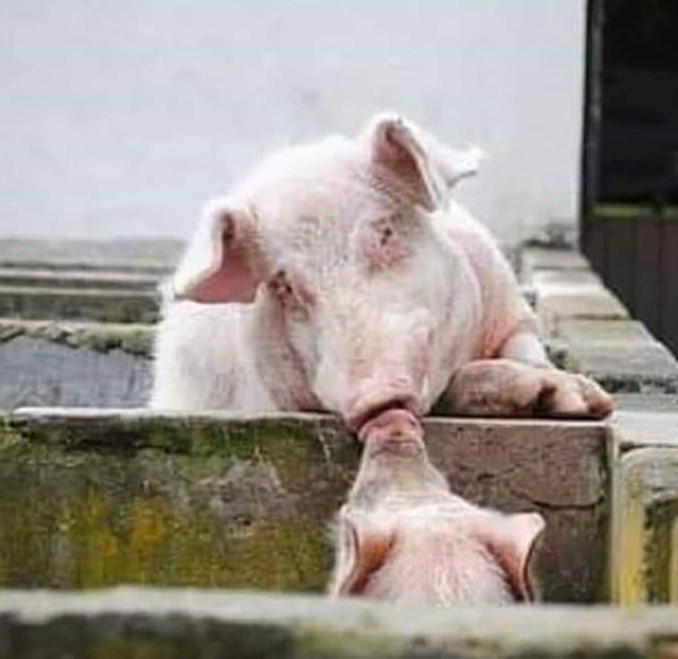 Gail A. Eisnitz, author of ‘Slaughterhouse: The Shocking Story of Greed, Neglect, and Inhumane Treatment Inside the U.S. Meat Industry’, and 2004 winner of the Albert Schweitzer Medal, is the author of our featured article.

In December this year, the U.S. Department of Agriculture will implement its ‘modernization’ plan for the slaughter of pigs (hogs).    Under the new rules, meat processing companies will be given the green light to operate without a ceiling cap, effectively a licence to kill as many pigs as they can, as fast as they can. The new laws also make key inspection duties within plants self-regulating, an inherent conflict of interest that will end up badly not only for workers, but potentially for public health and, of course, for the principal victims, the pig themselves.

As Eisnitz documented in her ground-breaking book,  pigs in high-pressure, chaotic slaughterhouse environments were still conscious after being stunned, shackled, hoisted and stuck (throats slit).  Others regained consciousness and ending up being thrown in the scalding tank, still alive, spending their last moments in unimaginable, excruciating agony.   Employees at these high speed plants routinely resorted to brutality against the animals, to vent their frustrations as they attempted to cope with the physically and emotionally heavy demands on them.

If the legislation comes into effect  this dire situation will only get worse.  Unless there is grassroots action to urge lawmakers to stop the implementation of these ill-conceived and inhumane changes, the Trump government will be responsible for jeopardizing the physical and mental health of slaughterhouse staff; consumers will be more likely to contract disease; and even more intelligent, sentient beings will die in conditions of extreme terror and agony.