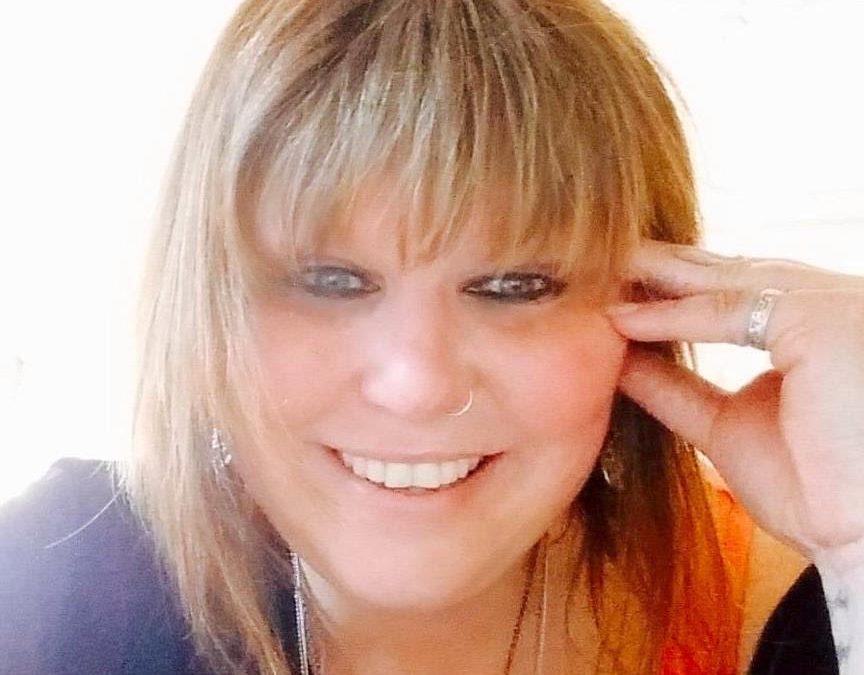 Millions of animals are killed in slaughterhouses in New Zealand every year – but very little is heard about the people doing the work there. Here Gaylene Smith, a former abattoir worker and current Animal Rights activist, describes her job working as a meatpacker in Otago from 1999 to 2004.

EAS How long did you work in the meatpacking/slaughter Industry in New Zealand?

A total of nearly five years.  From 1999 to 2001 I worked at PPCS in Mosgiel, Dunedin. There were no animals killed there, as the sheep carcasses were shipped from Finnegan freezing works in Balclutha.   From 2001 to 2004 I worked for Heartland Prime Meats in Cromwell, Central Otago.  They processed sheep, and at the end of my time there, bobby calves began arriving.

What was your job?  Describe a typical day.

I was a meatpacker.   Every day I started at 6am. I would get changed into my white overalls, plastic apron, white gloves and gumboots. My hair was long and I had to tie it up and put a hairnet on. I also wore earmuffs to help the noise levels.

The first thing I did was to set up my workstation to get ready for the sawmen/boners. It was all about putting out the quota for the day. Some days the sawmen and boners would go super fast so they could get out early.  My main tasks were to vacuum-pack legs; put boned forequarters (front portion of the animal, including leg and half carcass) into tubes of plastic; pack 20-30kg boxes of ribs; put tenderloins onto plastic trays and then plastic wrap; put rump steaks and back straps onto plastic trays.

Were you well paid?

I was well paid. When I left after they started slaughtering calves I took a big pay drop, and had to travel to Queenstown for work from Cromwell, a distance of around 50k.

Was there much chitchat going on in the workplace?  Was music piped over to help the monotony?

Yes there was lots of chat, and also music.  At PPCS I had earmuffs with a built in radio, and at Heartland we had a radio.

Who were the people who worked alongside you?  Did you have good relations with them?

I am the sort of person that gets on well with everyone I work with.  I liked to be lighthearted and to play jokes on people. For example, I told the boss’s daughter she had to blow in the bag as we had run out of air!  We didn’t see much of the white collar staff, every now and then an office person would come through, but not often.   Even though I had a good working relationship with other staff I  didn’t associate with them outside of work.

Would you say your fellow workers were a mixed bunch?  What percentage female to male?  Young (teenagers, twenties) or older 50s plus?

The slaughter men were from Fiji and were Muslim, as the meat we processed was halal. There were many more men than women, and as a woman you had to stand up for yourself.   I had some inappropriate remarks from my Supervisor, for example.  Most of the employees were pakeha men, there were only a couple of Maori that I recall.  The average age was probably around 30.

Would you say staff morale was high/low?

Most days it was high. But it changed when they started slaughtering bobby calves.

Yes they were well run.

Was the quota you were working to demanding?  Did people get pains in their hands, eg rsi, or have sore legs, neck or back at the end of the day?

All of the above. I was off work for over a year with RSI. There were a lot of people with pains due to the fast pace that you had to keep. It could be dangerous, too.  I remember a girl who got her arm caught in the conveyor belt, crushing it.

Normally you don’t have contact with the animals when you work as a packer, but you were aware of them.  The sheep were quiet, you normally wouldn’t hear them in the pens, but the bobby calves you definitely would hear.  They would be in their pens, crying.

What happened to the sheep after they arrived at the slaughterhouse?

They were offloaded from the trucks into pens, and generally they were held there overnight for processing the next day. When their turn came, they would be pushed up the race to be stunned and their throats cut.   Their heads, feet and hides were removed, then they would go into the chiller and sit overnight to cool off for processing in the boning room.  Eventually they would find their way to us, for packing.

Did you see much blood on the tables, floors, walls?

How did you feel at the time for working here?  How do you feel about it now?

I tried not to think of what was happening in the pens and slaughter floor. I had two young children that I was bringing up as a solo Mum. When they started to process the wee bobby calves was when I decided that I needed to get out of the industry. I never ever watched an animal die, I would have gotten upset. It was bad enough going to the pens when the calves were there. They came up to me and sucked my fingers. I would go home crying every day because they were only babies (between 24 and 72 hours old). I had to look for a new job as killing them  didn’t sit right with my soul. I had a new job within 8 weeks of making the decision to leave.

Looking back, I can see that the experience has made me the person that I am today.

What brought about the change for you – from slaughterhouse worker to vegan animal rights activist?

I have always had empathy for animals. Even as a small child I had imaginary insects that I would keep in my socks. You hear people from the slaughter industry talk about disconnecting themselves from their work, and that is exactly what I did. As I learned more, and as a mother, I really made a connection to animals losing their babies. I find the dairy industry in particular, absolutely despicable, and I wanted to stand up for them. Humans dominate the non-human world by factory farming, raping, exploiting and so much more, and I wanted to be on the side of history that stood with their morals against this.  My father said something to me as a child that has stayed with me. “Don’t kill something because you don’t like it. Everything has a place”.

I work in local government now.

Any last words for our readers?

Stand up for what you believe in, even if you are standing alone. You will attract your people, and when you do they will give you the strength to keep fighting. Look into the eyes of a non-human animal and see their soul. Once you have done that there will be no turning back.

Thankyou for your time.