Fish Feel! What the documentary ‘Seaspiracy’ Has Taught Us. 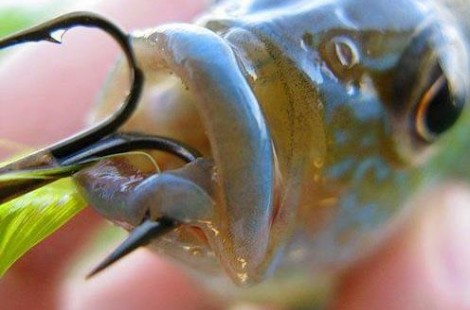 The important documentary by filmmaker Ali Tabrizi is swearing people off eating fish.  One of the most important reasons for this is that fish are sentient.

‘Each fish is an individual with a unique personality and the desire to live. Fish experience pain in a way similar to humans, communicate in complex ways (herrings, for example, signal each other by farting), and can feel fear.

So, when massive commercial-fishing nets rip the animals from their homes, pack them so tightly that their eyes may burst out of their skulls, drag their sensitive scales along the ocean floor, and force them to undergo decompression—which often ruptures their bladders and pushes their stomachs out of their mouths—fish likely experience an excruciating, terrifying journey to the surface. Then, if they are still alive, fishers often cut their gills and leave them to bleed out or toss them onto ice to freeze or suffocate slowly. You wouldn’t want to be kicked, thrown, suffocated, or hacked to death on a chopping block—and neither do they.’