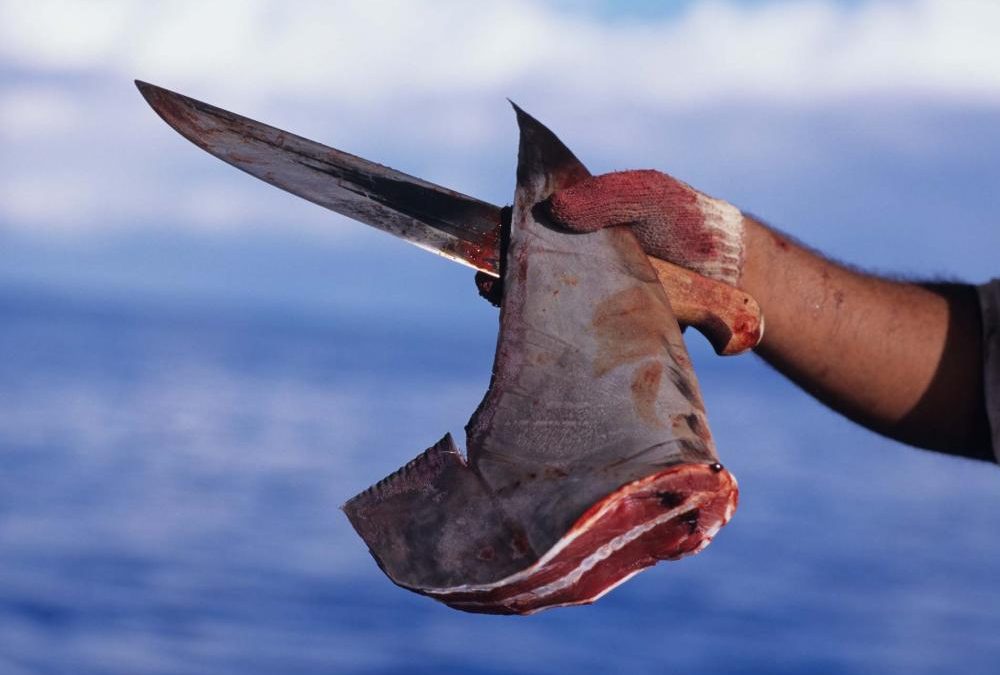 This week nearly $1,000,000 of shark fins hidden in boxes were seized by US customs officials.  Thought to have originated in South America, they were destined for Asia.

Up to 100 million sharks are harvested each year for their fins. The illicit practice, called shark finning, involves fishermen slicing fins off the live shark before throwing them back in the water, where they either suffocate or bleed to death.

The shark fin market in Asia fueling this merciless industry changes the balance of the marine ecosystem and threatens billions of animals.

Scientists have known for years that fish feel pain.   All fishing methods cause suffering to fish.

The solution is to stop eating fish.  It tortures sentient beings and harms the marine ecosystem.

The solution is to adopt a compassionate, sustainable vegan diet.