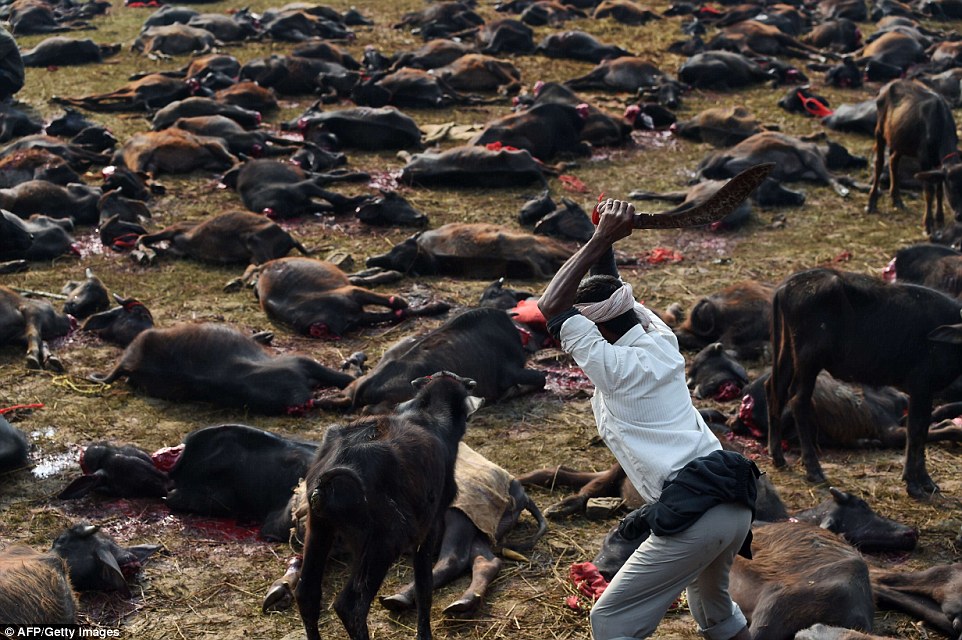 The largest and bloodiest animal sacrifice on the planet is currently taking place in a remote corner of Nepal, in defiance of  a 2015 supreme court ruling that the five-yearly bloodbath should not go ahead in 2019.

In a field near the small temple of Bariyapur, thousands of buffalos stand meekly.   Walking among them are animal welfare groups, their hands smeared with mud and blood,  trying to soothe the animals, and giving them a little food and water. Soon some of the 1,000 butchers hired for the month-long festival, mostly drunk and unskilled at slaughter, enter the field and begin to hack at the bulls, cows and calves with their knives and machetes. The air is filled with agonised bellows and cries, and the field is drenched with blood.   By the end of the festival more than half a million animals will have been hacked to death to bring good luck to worshippers of blood-thirsty Gadhimai, a Hindu goddess of power.

This barbaric tradition is an affront to every sane human being.   The whole world needs to bring pressure on Nepal to make sure it does not happen in 2024, nor even again.