Avian Agony: A tragic incident highlights the reality for billions of chickens in the meat industry 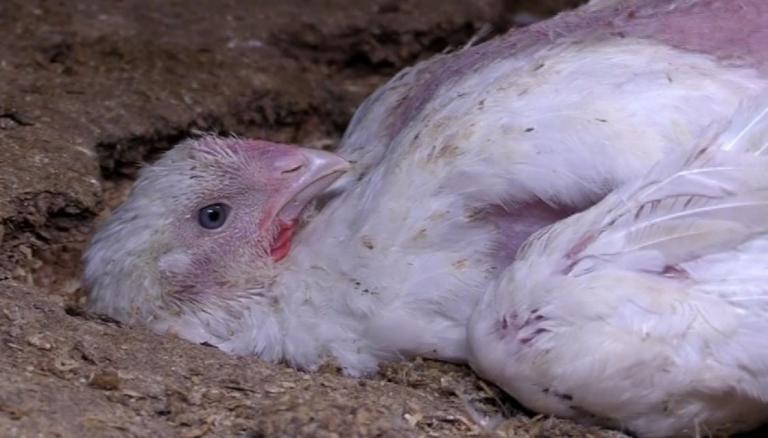 The suffocation this week of nearly 200,000 broiler chickens owing to equipment failure in Helensville, New Zealand, is profoundly shocking.  It is especially heartbreaking for those who know what beautiful, sentient chickens routinely go through in commercial poultry operations.

From the moment they are poured from buckets onto the gigantic shed floor as hatchlings – they have been debeaked without painkillers so they cannot hurt themselves or each other in the extreme frustration of their living conditions – their lives are sheer hell.  Artificially bred for rapid growth that induces lameness and other health issues, living in cramped and artificial conditions,  standing and lying in their own feces and with ammonia burns from resting on waste-strewn litter, a percentage never even reach slaughter weight at 6 weeks old. They die of heart failure, and even starvation if they cannot move to feed. When they are shipped off to the slaughterhouse to have their throats slit they are still infants. Indeed, their cries resemble ‘peep peep peep’, like the babies they still are.

This monumental injustice against sentient beings is legal in every country where chickens are industrially raised for meat.   Here in New Zealand we have a law that recognises animals as sentient, and yet we keep chickens – and pigs, as well as other animals – in such conditions.  Clearly, the law is a farce.

In this article End Animal Slaughter contributor LYNLEY TULLOCH puts the recent Helensville trajedy into context, and asks us to make the right ethical and moral choices by leaving animals off our plate and adopting a vegan diet. 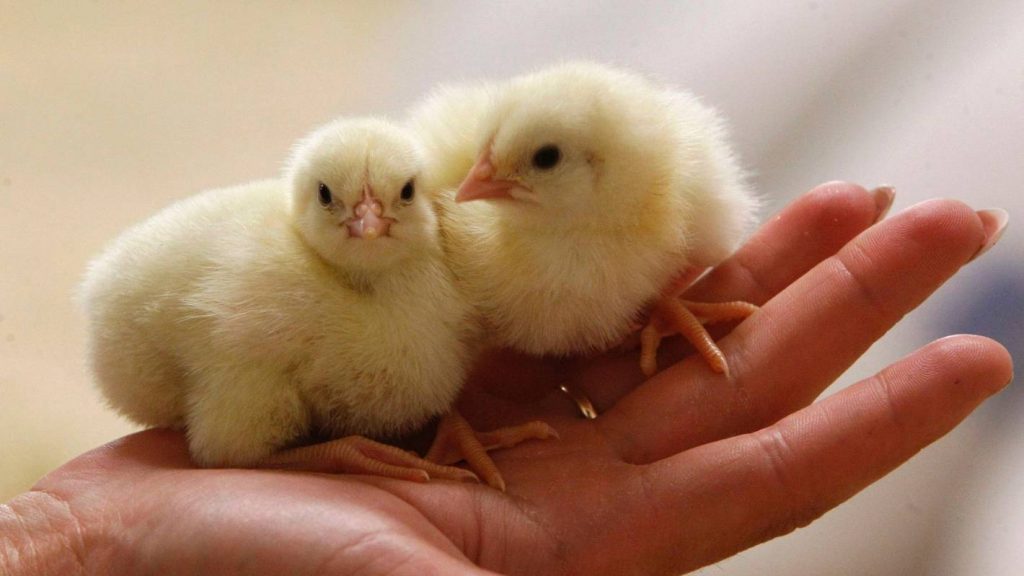 The recent deaths on 4th December of between 180,000  and 190,000 chickens in a west Auckland poultry farm was devastating. These birds, housed in a large indoor shed, suffocated due to a power cut and subsequent generator issue. No air was being pumped into the shed, an alarm also failed, and a worker found them all dead in the morning.

It’s distressing for those of us who consider the sentience of animals of high importance;  that is, the recognition that these birds were capable of suffering.

The birds died of asphyxia – which to ancient Greeks meant “without pulse”. It now denotes “suffocation” – death by  oxygen deprivation. This occurred for the chickens as a result of their air supply being cut off. The birds were entrapped in a confined space and there was inadequate oxygen for them to respirate.

These birds have now been interred on a worm farm, ashes to ashes, and bird to worm. A reversal if you will of the natural cycle of birds eating worms . Except most modern day chickens bred for meat will never encounter a worm in their lives, growing up as they do in huge (hopefully ventilated) sheds (unless there is a power cut).

This is a huge failing on the part of the farm. The Hellensville farm supplies to Tegel who has a monopoly on the chicken meat market in New Zealand. Tegal claims on its website that, “when you choose a Tegal product, you can be assured that the utmost care has been taken to ensure we have raised happy and healthy chickens”.

The incident at the Helensville farm is so clearly in breach of Tegal’s claims that it brings into question anything else they may say.

Would that be outside of the numbers of chickens killed daily in slaughterhouses in New Zealand for meat? Not trying to be funny, but really it depends how you look at it. 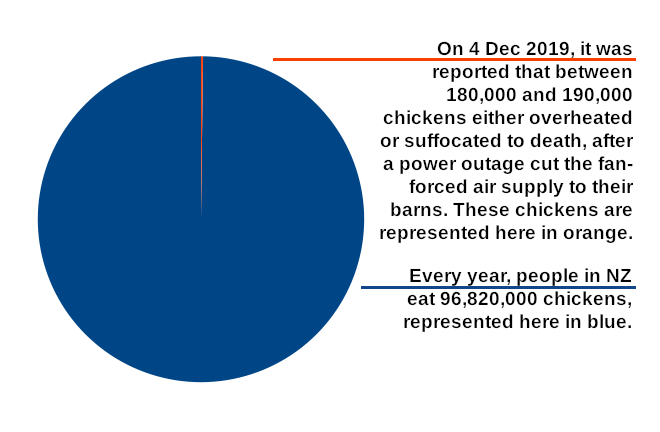 Probably the vast majority of people in New Zealand most likely care about what animals endure before they are killed for meat. They hope that the animal has had a good life.

But what constitutes a good life and who is defining the parameters? If you think the chicken now sitting stuffed on your table had a good life, think again. Recent reports suggest that free range meat chicken claims fail to stack up. What consumers should know is that there is no official certification system for free range and no auditing for whether chickens have access to the outdoors. In New Zealand there are only codes of welfare which include minimum standards. These, however, are not legally binding and are only set to encourage high standards. There are no penalties for non-compliance.

Free range is problematic for chickens bred for meat in any case. The rapid growth of these birds, coupled with lameness and large flock size mean that many can never even hobble to the outdoor area (if indeed there is one).

Those who prepare a chicken or two for the Christmas table  all the while lamenting the deaths of the suffocated chickens should look deeper into the practices of meat chicken farms. By buying the chickens and fueling the market, consumers are participating in one of the most depraved industries in New Zealand.

Most chickens raised for meat in New Zealand are housed in large sheds that require the maintenance of an artificial environment to keep them alive. These sheds may be up to 2250 meters squared and hold 40,000 adult birds.  They are hot housed like tomatoes, and they are experiencing a breach of animal rights (at least they would if they had been bequeathed to them). Make no mistake , chickens bred and raised for meat are some of the most exploited and abused animals on the planet, and that is even without been suffocated in a shed.

Many New Zealanders love to eat these chickens. New Zealand raises about 120 million meat chickens every year. According to the Poultry Industry Association, New Zealanders eat around 20 chickens a year, or 37.5 kilograms of chicken meat.

People in New Zealand are generally aware of the concept of good animal welfare. It would shock them to know what many chickens raised for meat go through. These chickens who are called commercial strain broilers have been selectively bred over the years to favour rapid weight gain. They double in size every week. These chickens reach ‘slaughter weight’ at around 5-6 weeks. As a result they are often afflicted with lameness, breast blister and heart failure. They are literally teetering on the verge of structural collapse when they are killed.

But the worst is yet to come. There are well known issues associated with killing birds en masse in modern day slaughter houses. Research published in the International Journal of Poultry Science claims that electrical stunning of birds is not always reliable. In addition, ”when the neck is not properly cut some birds will enter the scalding tank before they are dead and some may display obvious signs of consciousness”

Maybe the suffocated chickens had a merciful death compared to what was to come for them.  If we want to see an end to animal abuse and suffering, there is only one thing to do.  Leave chicken off our plate, and adopt a vegan diet.