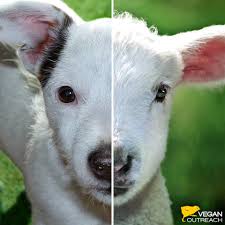 Humans have always used other animals harshly.  The maltreatment of animals in hauling carriages, vivisection, fox-hunting, bull-baiting and cock fighting were among matters debated by social reformers in the early nineteenth century, and that led to the formation of the RSPCA in London in 1824.[5]

Since then, the SPCA has been established in many places in the world including here in New Zealand, in 1872.

In this country, as elsewhere, the SPCA has been criticised for concentrating on domestic ‘pets’ and ignoring the plight of the millions of equally sentient animals suffering in factory farms.

In an exciting development RSPCA members in the UK have called for a major cut in meat and dairy consumption.   Simultaneously, a legal case is being launched by the organisation Humane Being to force government ministers to address the cruelties and injustices of intensive animal agriculture.

In June last year, New Zealand’s animal rights organisation SAFE (Save Animals From Exploitation) partnered with the New Zealand Animal Law Association to challenge the use of cruel farrowing crates in the High Court.  This was the first time in New Zealand history that such a challenge had taken place, and resulted in a decision that farrowing crates to house mother pigs is a violation of the Animal Welfare Act.

Hopefully mounting legal challenges to our governments to address these injustices will be increasingly common in 2021, and the RSPCA UK will have set a precedent for other SPCAs to start campaigning for all animals.