Scalded to death because they cannot lay eggs 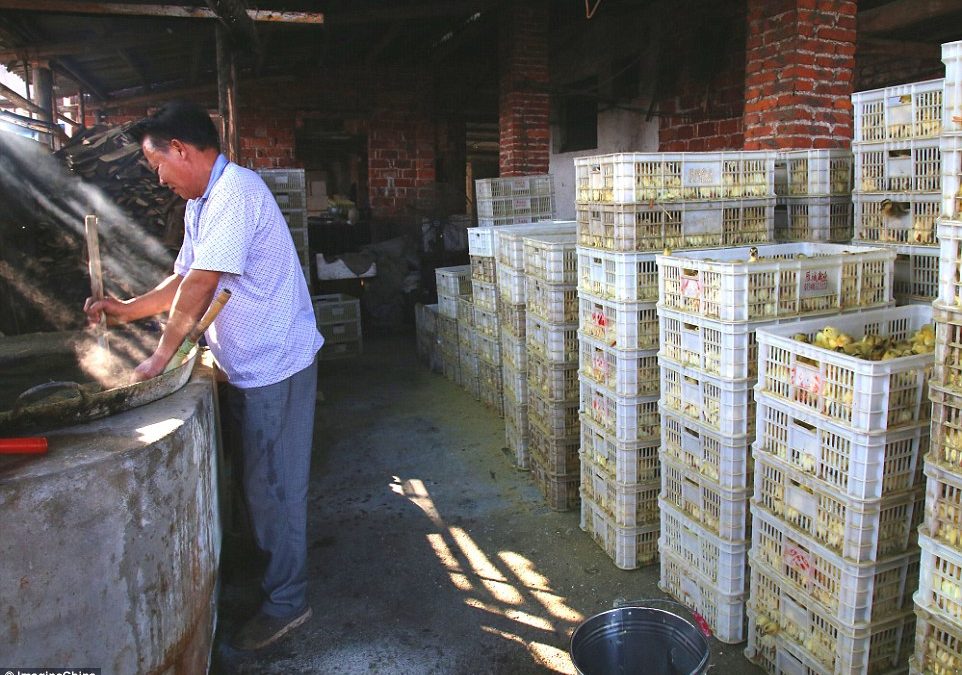 A worker in a Chinese hatchery uses a net to kill newly born male chicks in hot water.  As their little heads bob up, he pushes them down with a wooden spoon while thousands of other fluffy babies await their turn. After dying in agony, these babies’ feathers are removed in a spinning machine before being sold to snake breeders as snake food, or to street vendors to be barbecued.

Not only in China, but across the entire world, billions of day-old male chicks are killed in hatcheries because they cannot lay eggs.  In the West they kill them by grounding them up alive in whirling blades, or gassing them.

This abomination has gone on for decades only because few people knew about it.  As the truth about abuse and cruelty in the animal agriculture industry becomes more widespread, we move closer to a vegan world.