All Hands On Deck For the Animals!

Animal Activist Carl D Scott offers his thoughts on activism, and states that veganism is the least, not the most, we can do.

Carl D Scott is an animal rights activist and blogger based in the city of Ōtepoti/Dunedin, in Aotearoa/New Zealand. He attracted national media attention some years ago when he locked himself in a small cage on the side of the road for a month, to highlight the plight of caged hens.

There are many, many, MANY different ways to do activism.

It can be as simple as talking to friends and family about veganism. It can be other things like posting on social media, blogging, and running websites; vegan outreach; movie screenings; public talks, seminars, or workshops; vegan cooking classes; hosting vegan potlucks; posters, billboards, stickering; vegan festivals and expos; vegan barbecues, cupcake stalls, or other forms of food outreach; art, music, performance; writing and publishing magazines and books; photography, videos, podcasts; lobbying businesses, politicians, and other influencers; media commentary; AV Cubes; SAVE vigils; DxE disruptions; protests like The Official Animal Rights March or Rodeo protests; and all the other types of activism right through the spectrum, to disruptions, investigations, open rescues, and direct action lock ons.

Additionally, donating money to individuals (sometimes through a Patreon account) or groups doing activism, can even be thought of as a form of activism in itself. 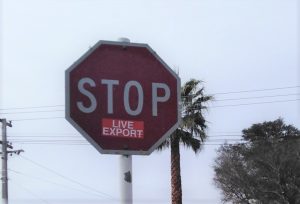 Not everyone can or wants to do disruptions, protests, or direct actions, for a whole range of legitimate reasons. Some have physical or mental health problems. Others experience significant anxiety in social situations, especially when it involves tension or confrontation. Others have family commitments. Some people have to be mindful how activism will impact on their careers. Others are already very busy involved with other activist causes and movements.

And that’s all ok. All of us have different strengths, talents, and abilities. Each of us has something unique to bring to the table. We each have our niche within the movement. We all have something important and valuable to contribute.

But each of us must contribute in whatever ways we can, if we can. It is simply not fair to let a small handful of activists do all the work.

The problem of animal exploitation is gargantuan in scale. It is estimated that nearly 3 trillion animals are killed by our species every year. The problem is also extreme in severity. Most of the 75 billion land animals we kill annually live their short miserable existences in the hell-on-earth nightmares, we call factory farms. This means severe levels of suffering, often over long periods of weeks, months, or even years. And they all – land animals and marine animals alike – die violent, horrible deaths, usually at a very young age, and always against their will to live.

Then there is the massive and serious environmental destruction being caused by industrial animal agriculture and the commercial fishing industry. There are also the millions of people in the West dying needlessly from diseases of excess caused at least in part from consumption of animal products, while other millions in poor nations starve to death because we are giving food they could be eating to farmed animals. Animals also suffer and die in entertainment, for clothing, for scientific research, teaching, and testing, and in other ways too. There are other associated human rights issues as well.

Let’s be frank about this. Let’s say it out loud. We are trying to end the most horrific injustice in history. The suffering and death involved in the animal exploitation industries is not a ‘problem’ or an ‘issue’. It is a crisis. An emergency. Every year we drag our heels, another 2.8 trillion (approximately) animals suffer and die.   I truly believe we can win this. With climate change being a major issue, and with animal agriculture being a major culprit, people are finally listening. 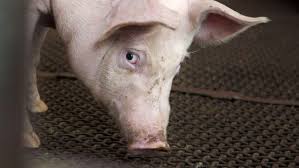 If we’re going to get anywhere, we need all hands on deck. We need as many vegans as possible to be activists. And we need every activist to do as much activism as they can, as often as they can, in whatever ways they can.

However…. This has got to be said. History has proven again and again and again, that the more confronting methods of activism, such as disruptions and direct actions are actually the most effective methods for creating rapid and meaningful change. King, Gandhi, and countless others have demonstrated that. It simply cannot be disputed.

So the bottom line is this: The more people we have doing the more confronting forms of activism, the faster we will make progress. 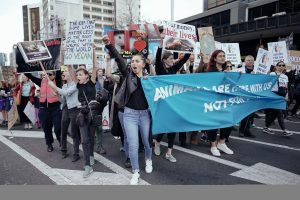 Yes, they do have to be well managed to achieve maximum impact. All forms of activism should strive to reach the highest levels of professionalism possible to achieve credibility for our cause, and to effectively win hearts and minds.  As well as being well organised, hopefully it goes without saying that such actions need to be non-violent.

And while some vegans genuinely can’t do activism, many of us who are active feel extremely frustrated by what we perceive as apathy or laziness by people who really, actually could be doing more. Those of us who are out there busting our guts to make progress, while others seem content to sit on the sidelines and let us do all the work have a right to feel frustrated by that, and to express that frustration. Don’t we? Why should it only be a tiny handful doing everything? Is that fair?

If you know about the problems, and you understand the solutions, you have a moral duty to do something about it. That can take different forms, but we must all contribute. Being vegan is not the most we can do. It is the very least. 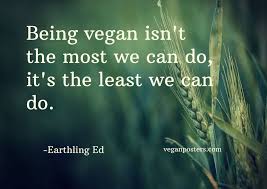