‘They Will Not Hurt or Destroy on the Holy Mountain’ 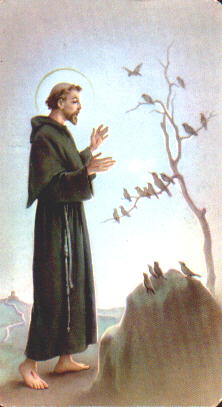 While the vast majority of Christians have espoused a carnivorous diet, in the history of Christianity there have always been vegetarians and vegans.  Some early Christian vegetarians were Clement of Alexandria,  John Chrysostom, Basil the Great, Maximus the Confessor, and St David.

There are a number of passages in the bible that appear to promote the superiority of a harmless vegetarian diet.   For example, Isaiah 11:6–9 reads:-

The wolf shall live with the lamb, the leopard shall lie down with the kid, the calf and the lion and the fatling together, and a little child shall lead them. The cow and the bear shall graze, their young shall lie down together; and the lion shall eat straw like the ox. The nursing child shall play over the hole of the asp, and the weaned child shall put its hand on the adder’s den. They will not hurt or destroy on all my holy mountain; for the earth will be full of the knowledge of the Lord as the waters cover the sea.

The notion of humans having ‘dominion’ over the animals (Genesis 1:26–28) has been interpreted as control over our fellow creatures, and that has led to using them in the most egregious ways.  However, Genesis 1:29-30 seems to proscribe a plant-based diet:-

Then God said, “I give you every seed-bearing plant on the face of the whole earth and every tree that has fruit with seed in it. They will be yours for food. And to all the beasts of the earth and all the birds in the sky and all the creatures that move along the ground—everything that has the breath of life in it—I give every green plant for food.” And it was so.

This Genesis passage also seems to suggest abstaining from meat:-

“But flesh with the life thereof, which is the blood thereof, shall ye not eat.” — Genesis 9:4

The violence in taking another being’s life for food or sacrifice is frowned upon in this passage from Isiah:-

“He that kills an ox is as if he slew a man; he that sacrifices a lamb, as if he cut off a dog’s neck. Yes, they have chosen their own ways, and their soul delights in their abominations.”

Our common existence with other animals is put on an equal footing in this passage:-

“For that which befalleth the sons of men befalleth beasts; even one thing befalleth them: as the one dieth, so dieth the other; yea, they have all one breath; so that a man hath no preeminence above a beast: for all is vanity. All go unto one place; all are of the dust, and all turn to dust again.”

Some quotations from early Christians:

“What is a merciful heart? It is a heart on fire for the whole of creation, for humanity, for the birds, for the animals, for demons, and for all that exists. By the recollection of them the eyes of a merciful person pour forth tears in abundance. By the strong and vehement mercy that grips such a person’s heart, and by such great compassion, the heart is humbled and one cannot bear to hear or to see any injury or slight sorrow in any in creation.” – St Isaac the Syrian

“We do not know God from His essence. We know Him rather from the grandeur of His creation and from His providential care for all creatures. For through these, as though they were mirrors, we may attain insight into His infinite goodness, wisdom and power.” – St Maximus the Confessor

“Not to hurt our humble brethren (the animals) is our first duty to them, but to stop there is not enough. We have a higher mission: to be of service to them whenever they require it… If you have men who will exclude any of God’s creatures from the shelter of compassion and pity, you will have men who will deal likewise with their fellow men.”- Saint Francis of Assisi 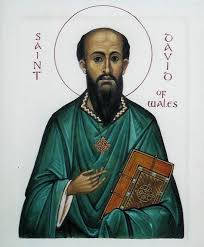 St David, Patron Saint of Wales, was a vegan.