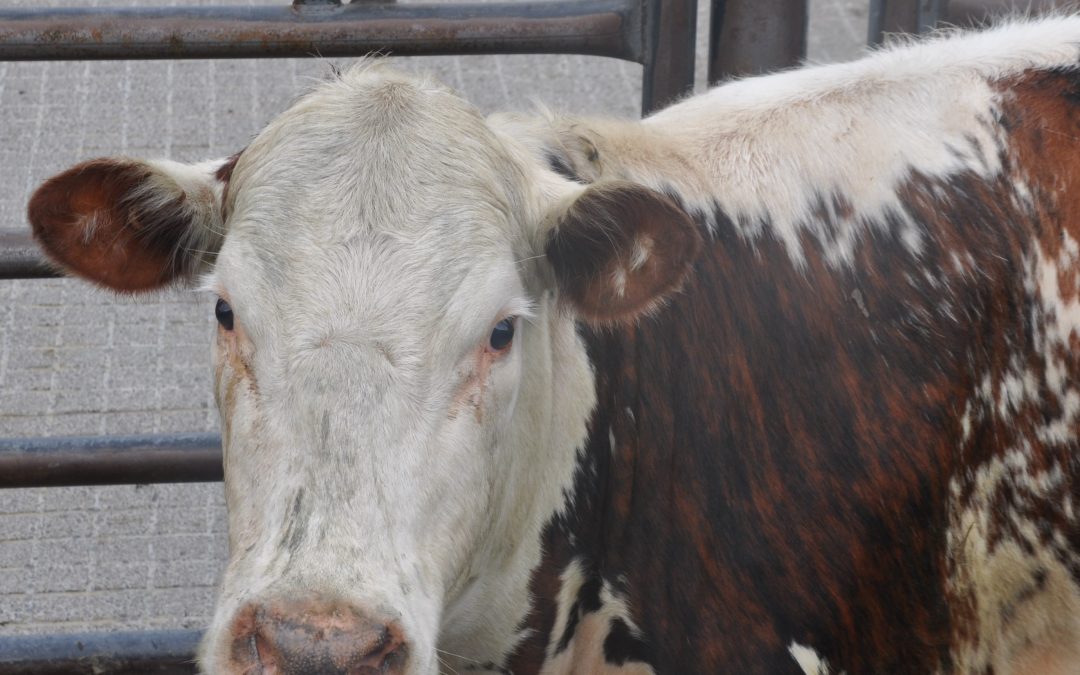 End Animal Slaughter’s SANDRA KYLE does twice-weekly vigils near her home in Whanganui, New Zealand.  These photographs are from her latest vigil. 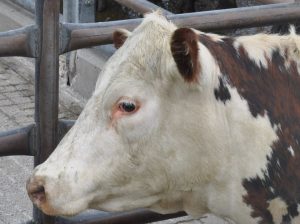 The beautiful beings in my photos were among 150 or so cows waiting at a slaughterhouse to be killed.   I photographed them at one of my twice weekly vigils in Whanganui, New Zealand. 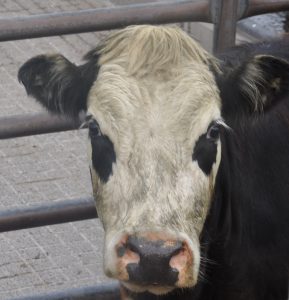 The animals stood on concrete in their own urine and feces, their flesh pressed against iron bars.  While some cows were tightly packed, there was room in other pens for the animals to take a few steps forward and back. As they jostled around nervously, some of them slipped in the muck.   When the innocent and vulnerable find themselves in dire straits it just kills me. 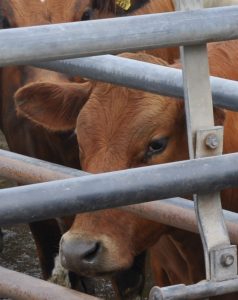 Every face shows their sadness, their fear.   They also reveal their innocence.  Animals, unlike people, are free from defilements. 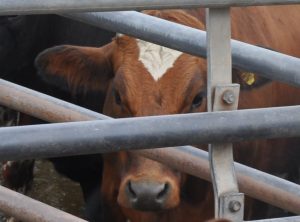 They had been hours without eating, with hours more of hunger to endure before they would be delivered of the misery visited on them by us.    Slaughterhouses do not feed animals, even when they have many hours to wait.  It’s a ‘waste of money’ and also ‘it makes too much of a mess when they’re being processed.’ The last thing they want is intestinal contents and feces everywhere, adding to the risk of contamination. So the girls and boys go hungry. 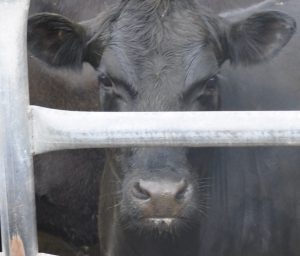 As usual, I spoke to the gentle earthlings, and sang to them.  I hoped that, momentarily at least, their spirits might be lifted.   But of course, I couldn’t save them.

I hoped the night would not be too long for them, and that they could get some sleep. I hoped that tomorrow when the men with the electric prods and stun guns and knives began their wicked work that society has normalised, that the slaying would be carried out with the minimum of pain and fear.

Please look at their beautiful faces, and bear witness to their lives.  If you want to learn more about Animal Save movement  go to thesavemovement.org