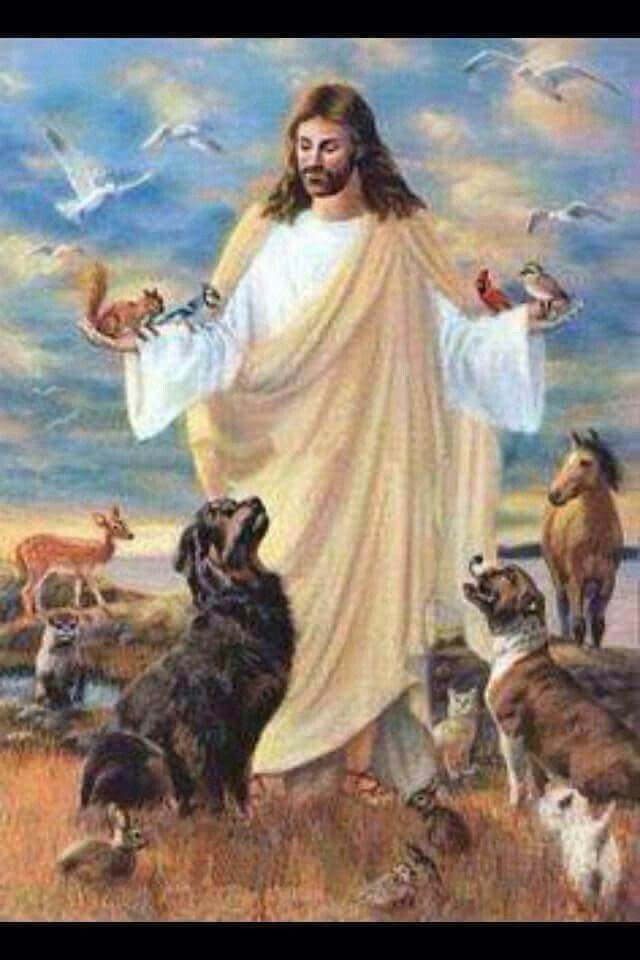 The remark this week by American broadcaster Jim Cramer that ‘Eating animals is dirty, broken and sinful’ prompted End Animal Slaughter’s Sandra Kyle to consider why so many Christians continue to eat meat.

In animal rights circles, you don’t often see the word ‘sin’ used, but growing up as a Catholic schoolgirl in New Zealand, it is a very familiar term to me.

Apart from its obvious connotation with organised religion, and its negative association with fear and punishment, the word ‘sin’ has a general meaning which is ‘wicked and immoral behaviour’.   I would like to discuss this definition as far as it regards other animals.  Although the concept of sin is in all the Abrahamic religions, I know more about Christianity than Judaism and Islam, so will confine my remarks to this.

I think most Christians would agree that Jesus’ essential message is about love and mercy.  The nuns and priests instilled this in me from a young age, and even now, the iconic image of the ‘Sacred Heart’ (Heart of Mercy) comes to mind when I think of Jesus.  I wonder what He would say if he were alive today, and entered a slaughterhouse.  Do you think He would condone what goes on there?  Seeing animal after terrified animal having their brains shattered and throats slit?  Do you think there might be factory farms and slaughterhouses in Heaven?   In Hell, perhaps, but what did innocent animals ever do to deserve to be punished?   Didn’t Jesus challenge us to live mercifully?   Isn’t His own example of caring, rescuing, and healing what Christians should aspire to, and for all sentient beings not just humans? 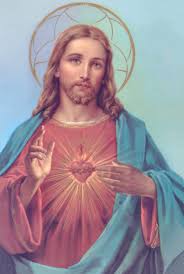 If Christians believe they are to live with mercy and compassion, then it stands to reason that causing animals suffering is morally wrong. If factory farming and the associated mutilations, drugs and imprisonment are not cruel and ungodly; if lining up tens of millions of knowing, terrified individuals every single day to have their throats slit is not cruel and ungodly; then I am at a loss to know what is.

Many Christians think that causing pain to an animal is not the moral equivalent of causing pain to a human being, and so this exempts them from sin.  They believe that humans are special, fashioned by God to be above the rest of creation, and entitled dominion over it.

But if the victim can suffer, and feel pain, then surely the moral obligation is there not to hurt them.

That animals suffer in the same way we do has been well established by Science now.  ‘Even’ fish have analogous pain pathways to mammals.  And if it were not already obvious, studies have shown animals suffer when deprived of their natural behaviours, such as walking, and being in the company of their family and friends.  As innocent, sentient beings, with natural desires and inclinations, do they not have the moral right not to have suffering inflicted on them?  And why do we create differences between species?  ‘Why’ as the say goes,  ‘do we love one and eat the other?’

I know I am asking a lot of questions, and here’s another one: Why doesn’t a sentient calf, pig, and chicken have the same rights as our own cats and dogs not to be abused and killed?   Is there not a major disconnect in our thinking that maintains that they do not?

I know I am asking a lot of questions, and here’s another one: Why doesn’t a sentient calf, pig, and chicken have the same rights as our own cats and dogs not to be abused and killed?   Is there not a major disconnect in our thinking that maintains that they do not?

If God created animals, then He created them with needs, wants, and a design for their life.   Animals in intensive agriculture are completely denied these basic rights. If Christians believe that God created pigs and chickens, then doesn’t it follow that He created them to live according to their natural instincts and inclinations, including to roam free in the outdoors, root around in the soil for their food, build nests, mate, and properly nurse and care for their babies?  It is well-known that in factory farming they can do none of these things.

In fact such is our entitlement of dominion over animals that we have turned ourselves into God, manipulating and controlling every aspect of their lives, thwarting their every natural desire to our own ends.   We genetically alter them so they grow bigger and fatter to be more profitable, no matter what the cost is to them. Broiler (meat) chickens have upper bodies that grow six times faster than they did when I was born seventy-one years ago, and throughout their entire lives they suffer from lameness, crippling leg deformities and fractured bones, because their legs can’t keep up with the artificially-induced growth.  Enter into any meat chicken shed anywhere in the world and you will find many birds just lying in their own faeces, unable even to move, a percentage already dead before they reach the slaughter weight of 5 or 6 weeks old.  And speaking of poultry, genetically-altered turkeys cannot even mate naturally any more.  But whether raised intensively or not, all farmed animals have to suffer.  They are all trucked, without food or water, to a hellish death at a slaughterhouse, against their will, and at only a fraction of their natural lifespan.

Everyone agrees that their beloved pets should be protected legally from the worst abuses, but why do tens of billions of equally sentient animals have no such protection under the law?   Farmed animals regularly undergo painful procedures such as castration, debeaking and dehorning without painkillers, which would be unthinkable for our pets. In slaughterhouses there is even evidence of cattle having their legs hacked off while they are still conscious, and in traditional halal and kashrut slaughter, they have their throats slit while completely conscious and able to feel the searing pain for some minutes before they die.  If castrating your dog  without painkillers is not OK, if giving growth hormones to your cat so that she gets disproportionately so big that she cannot even walk, if slitting your dog or cat’s throat open and hacking off their limbs while they’re still conscious is not OK – then why is it any different to do this to a farmed animal?  What part of the word ‘sentient’ are we not understanding here?

If castrating your dog  without painkillers is not OK, if giving growth hormones to your cat so that she gets disproportionately so big that she cannot even walk, if slitting a dog or cat’s throat open and hacking off their limbs while they’re still conscious is not OK – then why is it any different to do this to a farmed animal?  What part of the word ‘sentient’ are we not understanding here?

I no longer consider myself a Catholic, but the idea of the Sacred Heart of Jesus has been a guiding principle throughout my life, and for me it means mercy for all sentient beings, not just human beings.

That is why I cannot understand why at many religious people, including the majority of Christians, continue to eat meat. Is not persisting in causing horrific suffering to animals unnecessarily immoral behaviour?  As Christian and Animal Rights Activist Matthew Scully, author of Dominion,  says:-

“When a man’s love of finery clouds his moral judgment, that is vanity. When he lets a demanding palate make his moral choices, that is gluttony. When he ascribes the divine will to his own whims, that is pride. And when he gets angry at being reminded of animal suffering that his own daily choices might help avoid, that is moral cowardice.”

If we believe in a merciful God, and we continue to cause sentient beings pain and suffering just because we like the way they taste, then we had better get down on our knees and pray for forgiveness.

The good news is that once we become aware of the inconsistency in our moral behaviour regarding our food choices, there are clear and immediate practical steps that we can take in response.  We can begin to reduce, until we have eliminated altogether, our consumption of animal products.

I wish more Christians would try it.  I know Jesus would approve. 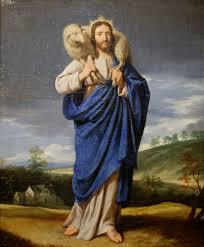 It’s Time To Wash The Blood Off Our Hands