Hunting is Blood Lust in the Guise of Sport and Conservation 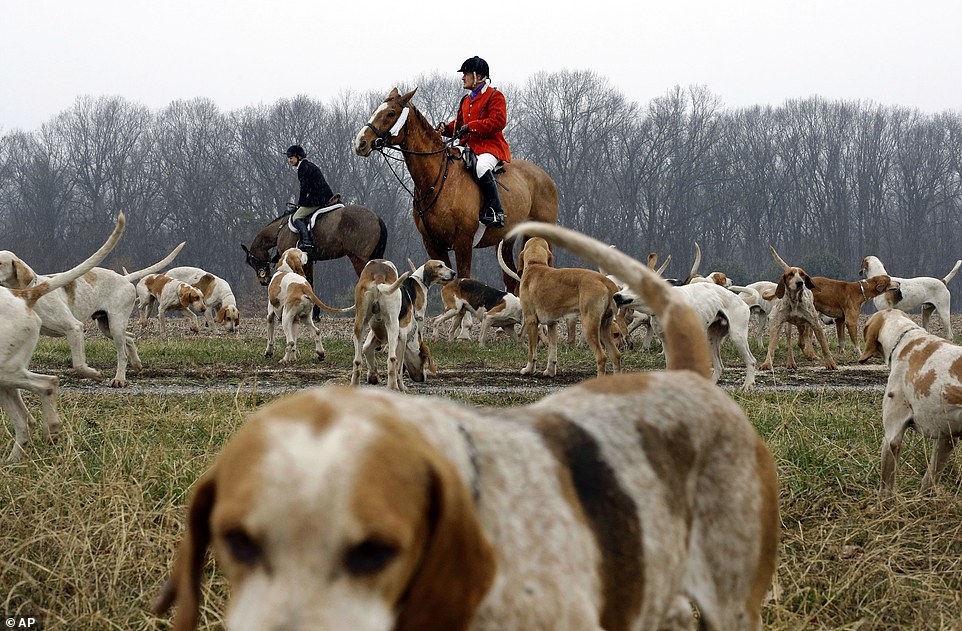 During the late 1960’s and early 1970’s on three occasions in three states, and on three different horses, I had the experience of riding in an English-style Fox Hunt. The hunts I road with were the Arapahoe Hunt, Moingona Hunt and Mr Stewart’s Cheshire Foxhounds, all established live hunts in Colorado, Iowa and Penn.  Our prey was coyote or fox.  It was one of the few outlets girls in their late teens and early twenties had for adventure. We were required to have the whole traditional dress and wore a stock tie around our neck in case we needed a sling. The men carried flasks and the women carried sandwich cases.  The Hunt Master had a pack of hounds; we  followed the whole 16th century English tradition faithfully.

The riding was the most challenging I’ve ever done, in fact it would be a hard ride for rodeo cowboys!  If I wanted adventure here it was!    The hounds picked up the scent and we followed them.   This included jumping at a full gallop over 4 ft. barbed wire fences.  A board was nailed above the top of the dangerous barbed wire fence to give the horses an idea of the height of the fence they had to jump – barbed wire is hard to see when you’re going at break neck speed. To make a mistake was extremely harmful,  if not life-threatening to horse and rider.  We galloped on top of a ridge in the foothills of the Rocky Mountains for 10 miles in horse-knee-deep snow There were cliffs on both sides. If you went two feet off to either side you fell off the ridge.   My horse and I had to slide down slopes so steep that he had to sit on his hindquarters to get down. We galloped through fields avoiding the many holes waiting to trip us up. We followed the hounds through forests where the trees were so dense we had to watch that our knee caps weren’t shattered.

Now that’s a courageous, skillful, think-on-the-spot sport, definitely not for the faint of heart.  Luckily we never killed any animal, unlike in the UK where the sport was carried out by royalty, aristocratic landowners, and clergy. Since 2005 Fox Hunting has been unlawful in England, a ban that is still flouted by die-hards.   At the time Tony Blair’s government was trying to get it banned, Prince Charles wrote him a letter.   He said:  “There is … complete bewilderment that the Government is apparently responding to calls to ban something which is genuinely environmentally friendly, which uses no modern technology, which does not pollute the countryside, which is completely natural – in that it relies entirely on man’s ancient and, indeed, romantic relationship with dogs and horses.” 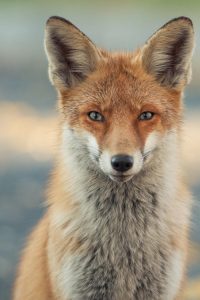 Many hunters try to disguise cruel traditions and their own blood-lust behind Conservation reasons, whereas in fact hunting just skews natural population dynamics by disrupting Nature’s self-regulating methods.  Animals are killed by hunters, they breed more to cover the losses, requiring more hunting as the ‘solution’ to the problem caused by hunting in the first place.  Plus a lot of the hunting is carried out on game farms, begging the question that beyond lining the pockets of the landowners, how does it aid the earth’s wild spaces or wildlife? Hunters who say they kill for food is also just a bad excuse for guilty killing.   Nowadays we can get a variety of plant-based sources of protein which doesn’t give us chronic disease, is sustainable for the planet, and is not cruel.

There have been over 1,500 studies proving the sentience of other animals. Sentience means that beings are capable of feeling pain, suffering, and emotions.   This statement also applies to fish, and it is ironic that fishing as in other hunting activities, ‘bonding’ between parents and children is carried out at the expense of causing extreme distress and pain to other beings.   What example are these parents really giving their children?  That it is fine to kill animals?

Hunters!   You who stalk deer or other large mammals for example!  Please explain your motivation; physically, mentally, emotionally and spiritually.  Kindly consider all the stages involved.  Choosing and buying your weapons and gear, practising with that weapon, cleaning and caring for the weapon,  planning where to go for the best kills, travelling to and from the stalking site, picking out the beautiful sentient animal to kill, setting up your killing gear, bringing your victim into your sights, pulling the trigger, seeing the painful affect your bullet or arrow has on the prey, watching the hit animal running in panic, seeing the blood trail, following the blood trail of the suffering animal, seeing the animal fall, watching them dying, seeing their death.   Taking your pictures with the dead animal, chopping it up, transporting his head to a taxidermist, taking it home and mounting it on your wall as a permanent reminder of the life you have needlessly taken, a daily reminder of your cruelty.

You should be ashamed, just as I am ashamed I participated in fox and coyote hunts as a teenager.   The thrill for a teenage girl was in the riding. It was fast hard and dangerous, and  I was up to  it. You bet I was – at the expense and terror of the prey.  My heartfelt apologies to them, and also to the horses who had to undergo human-created hardships that put them in harm’s way.   It must have been terrifying for the poor foxes and other small mammals, but at least they did have a chance to escape. How could they ever be the same after such a terrifying experience?  I sometimes wonder what happened to the pups of our prey during and after our cruel, self-serving hunts.    I take full responsibility for joining in on these events.   But saying sorry to these chased and hunted wild animals and their family members is not nearly enough.   We have to stop all animal hunting, including small and large mammal hunting, trophy hunting, game hunting, and fishing.  They all feel.  They all suffer.  They have the same right to life we have.

The Madness Of Our Time That Will Revolt Our Descendants…