A Turkey In My Garden, by Christine Rose 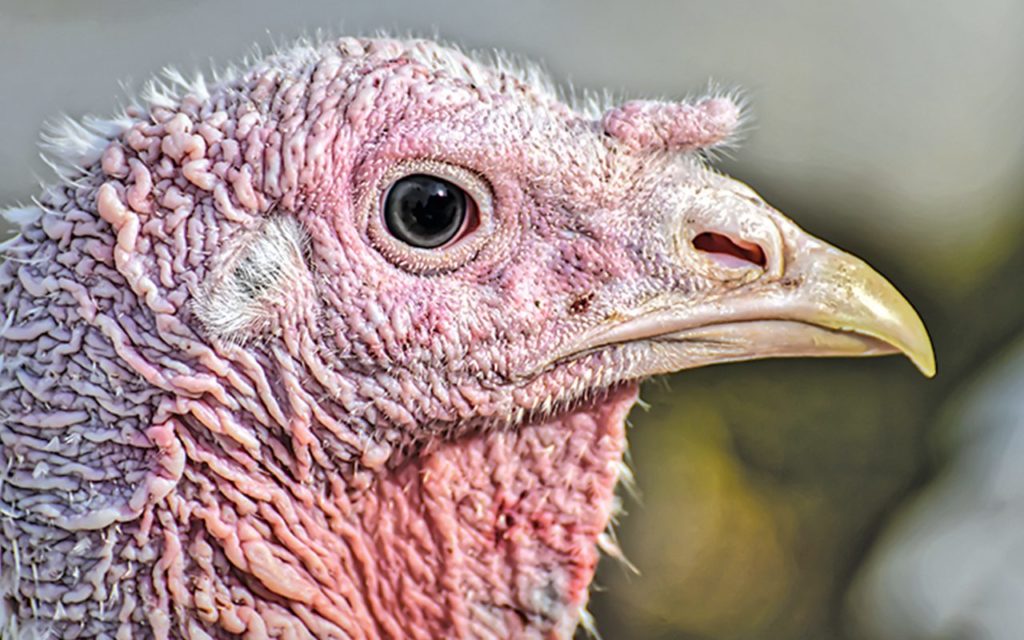 Turkey-girl was born in the long grass next to our house and after she fledged, visited every year. Eventually she came to stay and made our garden her home. She was smaller and less aggressive, with smaller head wattles, and the iridescent sheen on her back was less vibrant than her brothers. She had a gentle trill and followed us around the garden. By day, she watched me work at my desk through the window. At night, she perched on the fence built to keep the chooks out of my flower beds and left a big pile of guano to feed my plants. The fence didn’t keep her out, and it is hard to grow a garden with a resident turkey, but I didn’t mind. She delighted us, and any visitors.

Initially, people would make inappropriate jokes that she was ready to roast. But many who met her recognised her lovely nature and physical beauty. When the rest of the wild flock were passing in nearby paddocks, we thought she might join them. We were part-hopeful and part-sad at the thought. And we were worried she might have chicks in the garden where she was born. One turkey in the garden is manageable, but five, as we found when she was there with her tribe, are quite hard to handle. She was a welcome and honorary resident on her own. It’s surprising how attached you can get to a turkey-girl over months of company.

Turkeys were released into New Zealand in the 1860s. They are now ‘feral’ across an expanded range, throughout the lowlands of the North Island, the Marlborough Sounds and eastern South Island. Flocks are usually around 10 birds, but in breeding season a male will form and defend a harem of four to five females. They form larger flocks when they are young, though older males are often solitary. The chicks are particularly vulnerable to dogs, cats, ferrets and kahu/harrier hawks. As adults, they are mainly vegetarians/herbivores eating seeds and fruits but also ground invertebrates. The chicks mainly eat insects. The number of turkeys across the country are unknown, though they are a common sight and sound in my part of the world.

Sometimes people ask on local social media pages, ‘who owns the turkeys’, and ‘could they keep them contained’. No one owns a wild turkey, but Turkey-girl seemed to own us.

One morning, as I went to work she was her usual confident self, trying to get into the house as I was leaving. By 10am she was dead. She had that odd, distracted look a chook gets when she’s on her last legs. My kind and loving husband recognised the ominous signs, and sat with her, comforting her gently while she died. He gave her a respectful burial at the back of the garden, which was her home. We miss her still.

M C Ronen – A Vegan Author On The Rise