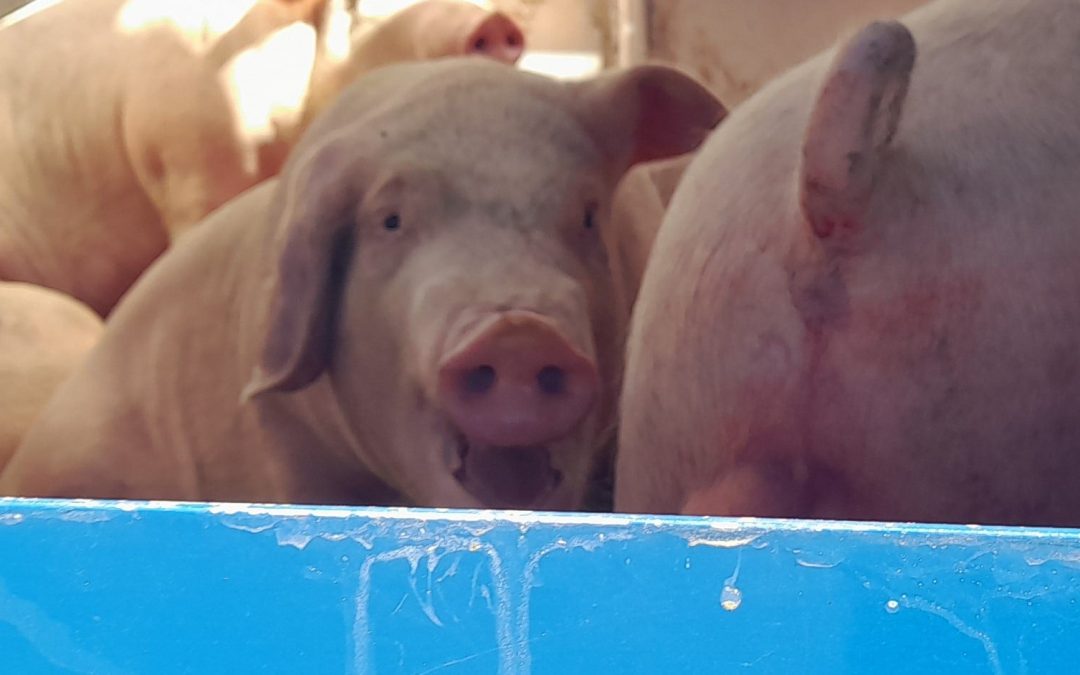 On a hot New Zealand Summer’s day activists recorded a truckload of pigs arriving at a slaughterhouse, panting and showing signs of stress brought about by the heat.  The story made the mainstream media and prompted End Animal Slaughter contributor Dr Lynley Tulloch to condemn the Codes of Welfare that govern the animals we farm for food. 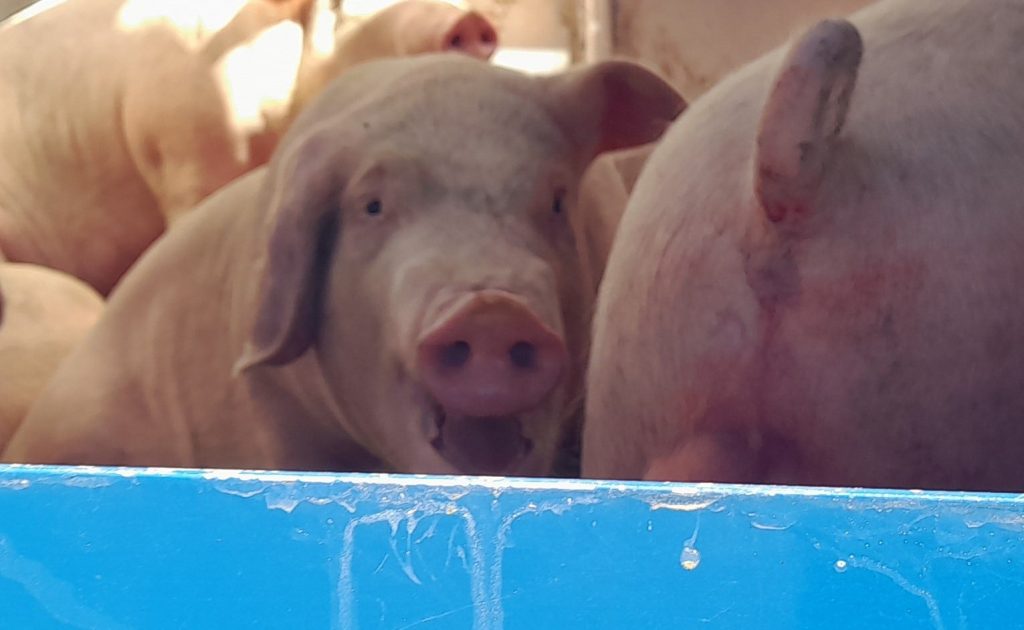 Distressed, panting pig arriving at a Whanganui slaughterhouse. Pigs do not sweat, and the way they cool off is by soaking in water or wallowing in mud, and drinking water.   Photo credit: Sandra Kyle

They were at the end of their journey to be killed for their meat. There is not a lot we know about these individual pigs. But of one thing we can be certain – they have suffered in their lives. And they will suffer up until the second when they die.

Animals being sent to slaughter often travel long distances. Being transported in the middle of a hot day may be unavoidable. It is a very uncomfortable journey. The truck is filthy, hot and noisy with exhaust fumes and slippery floors covered in urine,  excrement and sometimes vomit. Animals suffer from motion sickness just like humans.

The truck is filthy, hot and noisy with exhaust fumes and slippery floors covered in urine, excrement and sometimes vomit. Animals suffer from motion sickness just like humans.

The implications of the above are enormous in terms of pig suffering and logistics of handling.

In short, it says that it is legal to transport pigs for 24 hours without rest or food in a hot and smelly truck. It is recommended that they be given water every six hours, and this must be done on board or in an escape-proof area.

Logistically this sounds like a nightmare for both the driver and the pigs!  What’s more, the MPI codes of welfare are only recommendations for best practice and minimum standards. They provide guidance but cannot be legally enforced. And what about the driver?  Drivers are just one part of a very badly designed system of animal agriculture (in this case pig farming).  You cannot lay all the blame on their shoulders.

What’s more, the MPI codes of welfare are only recommendations for best practice and minimum standards. They provide guidance but cannot be legally enforced. And what about the driver? Drivers are just one part of a very badly designed system of animal agriculture (in this case pig farming). You cannot lay the blame all on their shoulders.

Where does that leave the pigs? Up the proverbial creek without a paddle is where. And this is not a nice place to be.

We only have our mouths and noses covered against the Covid-19 virus, not our eyes. The Codes of Welfare are readily available online for people to look at. If we read these documents in a discerning way, it becomes evident between the lines that there is plenty of room for animals to suffer.

You simply cannot transport huge numbers of animals for many hours in the heat without them suffering. 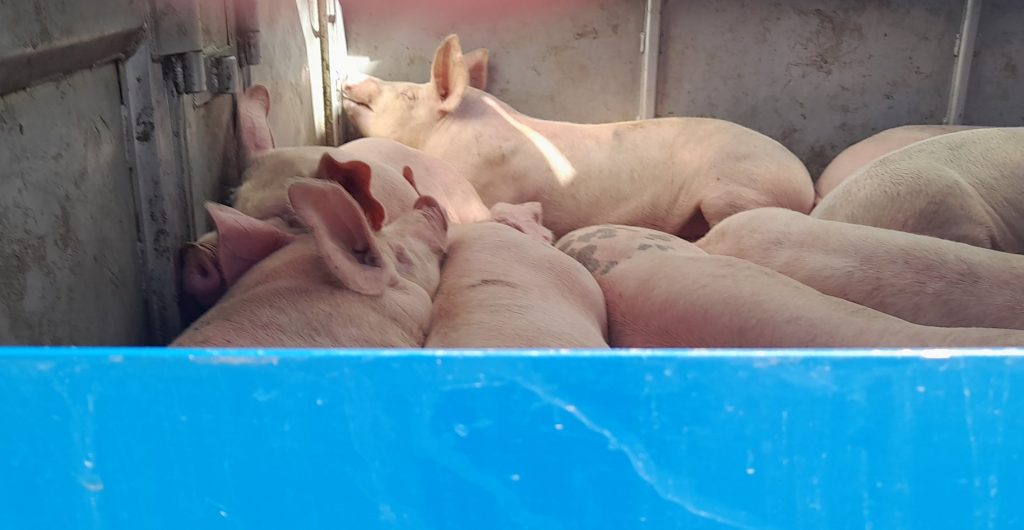 Animals in Aotearoa New Zealand pass us on transport trucks daily. In fact, witnessing a cow looking worriedly over the top of a transport truck for half an hour before turning into AFFCO was a defining moment for me. That worried face still haunts me. Poor cow.

This is when I stopped eating meat. That was many moons ago now.

The lives and deaths of animals kept for food should not be as easily dismissed as they are. I wonder what kind of a life these pigs lived? Were they born in restrictive farrowing crates and later transferred to fattening pens?  Did they ever feel the sun on their backs? Were they able to develop their personalities and express themselves?

Pigs raised in these kind of conditions cannot possibly be happy pigs. And even if they are – what right do we have to enslave them and determine every aspect of their lives from conception through to birth and premature death?  In reality, what we determine for them is a life of torture from beginning to end.

It is my opinion that the legal requirements and guidance provided by the Code of Welfare are inadequate to ensure that animals raised for food production do not suffer.

But then, is there ever truly a way we could make this whole killing game adequate and humane? The hypocrisies of our society are never more evident than in the way we treat animals. 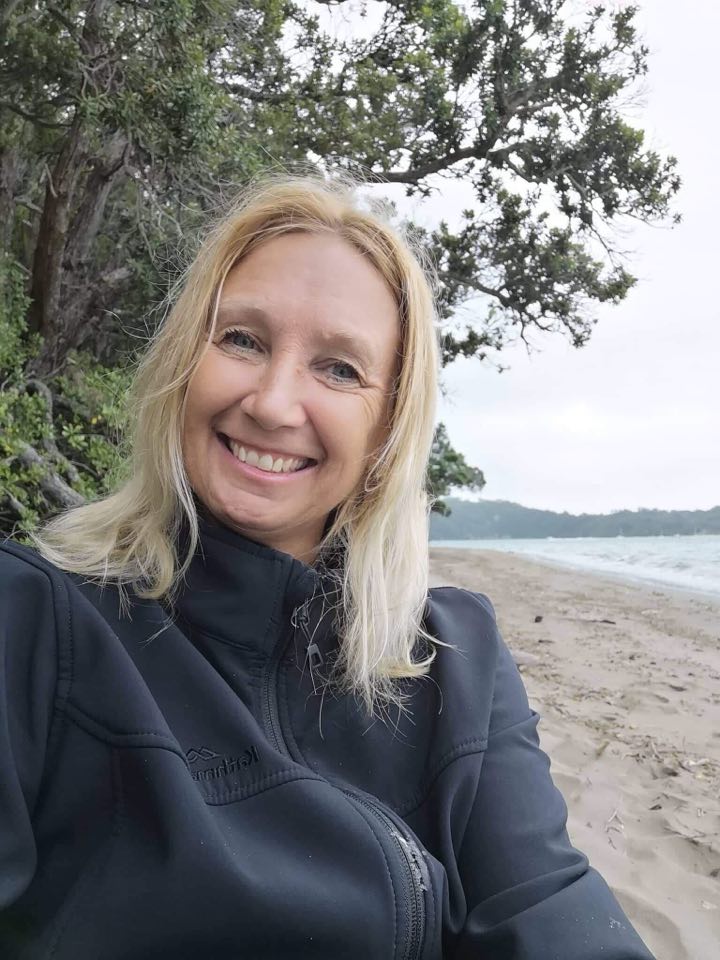 Dr Lynley Tulloch is an animal rights activist and writer, and has a PhD in sustainability education and ecocentric philosophy.