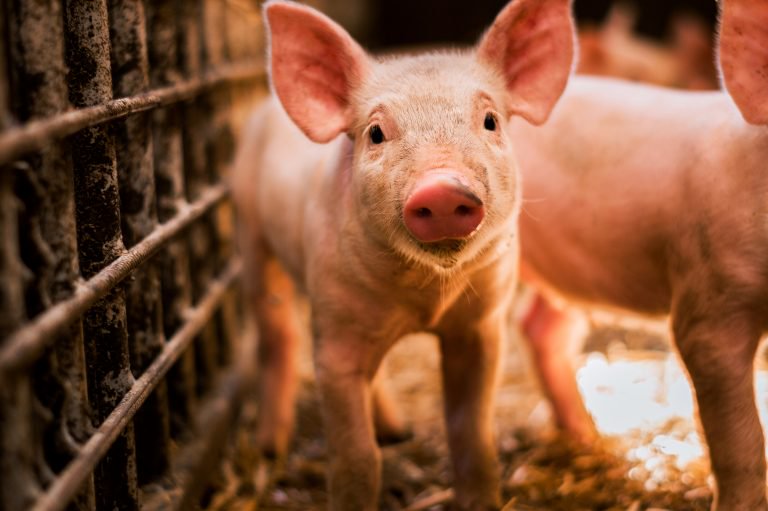 Activists have been campaigning for years against the cruelty of industrialised farming and the horror of slaughterhouses,  and progress is being made.   The numbers of people beginning to wake up to the effects of animal agriculture not only on the animals but also on human health and the entire planet is growing, and meat-eating is declining in the western world.

Meat-free eating is also on the rise in Spain,  A 2017 survey found that 57% of Spaniards wanted to go meat-free due to feeling sympathy with the animals.  However, an enormous high-tech pig slaughterhouse is due to open its doors for ‘business’ in Huesca, a city in Aragon.  This slaughterhouse, which will be the biggest in Europe,  plans to employ around 1,600 people, and slaughter seven million pigs per year, 30,000 every single day.    The project is backed by the Spanish Government, and the operation is also offering vocational training certificates in ‘slaughterhouse skills’.

There is a lot of opposition to the project, and the person in charge is currently in prison in Hungary for money laundering, tax fraud and labour irregularities.    It is possible that it will not go ahead after all, and if it does it will be short-lived, as the developers are failing to read the prevailing zeitgeist.

There is no longer any place for slaughterhouses in society.  We should be tearing them down, not building more.