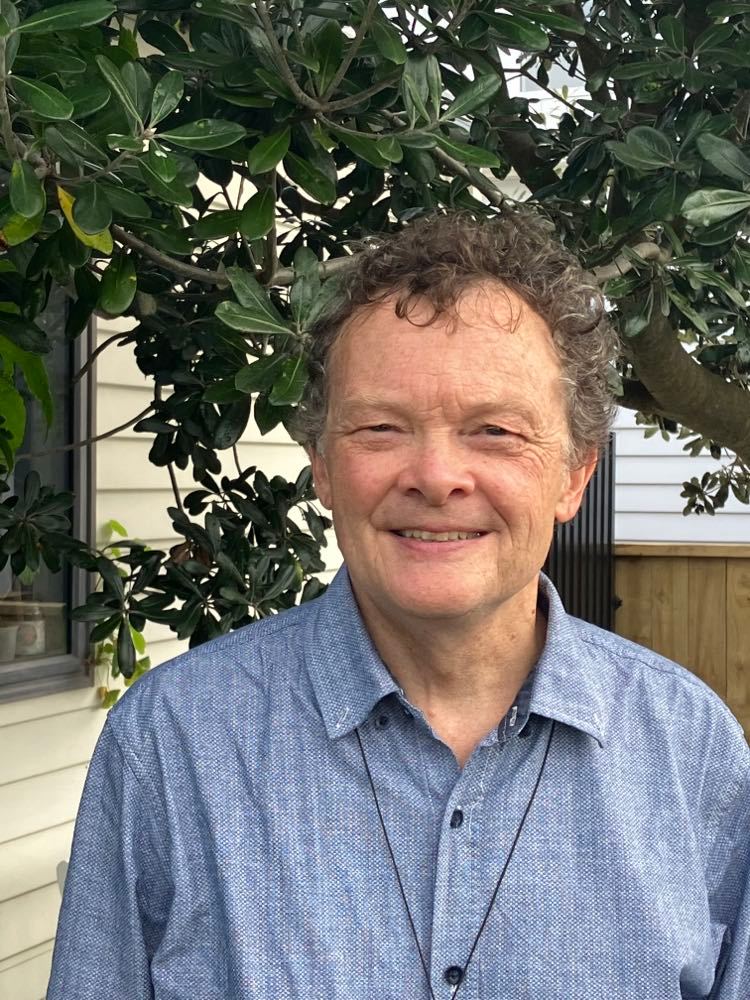 Michael Morris has a PhD in Zoology from Auckland University, and has taught ecology and global environment in Japan, where he also carried out post doctoral work on insects.  He has been a policy adviser for the New Zealand Ministry for the Environment and Ministry of Agriculture, and currently works part time as a scientist and policy adviser in the field of smoking cessation. A long time animal advocate and vegan, Michael stood for Mayor of Auckland in 2022 on an animal justice platform and is currently instrumental in starting up the Animal Justice Party of Aotearoa New Zealand.

You have been an articulate advocate for animals for decades. When did it all begin?

I became vegetarian in the 80s after realizing that we treated our cats like members of the family yet ate other animals.  I wondered where the consistency was in that.  When I read about how we didn’t need to eat animals to be healthy, I became vegetarian.  There were very few vegans at that time, and being a vegetarian in 1985 was considered more weird and attracted more negativity than being vegan in 2022.

What made you decide to stand for the Auckland Mayoralty?

It seemed like an efficient way to get the message out there that our treatment of animals is a serious ethical issue that required consideration by politicians.  I paid a $200 deposit to stand.  For that deposit I got my message out to every household in Auckland.  I also got to talk at mayoral candidate meetings and got several mentions in the media.  Where else would I get that level of advertising for $200.

In addition, having someone articulate with a professional background, a PhD and a sensible hair cut taking animal issues seriously may force others to understand that it is a serious issue.

What were your main platforms?

I wanted to have a platform of justice for animals first.  This is related to justice for the environment, which was my second platform.  Eating animals is the main cause of environmental degradation, and animals are also the main victims.  Over half a billion animals were burned to death in the Australian bush fires, which were brought about by climate change.

Something else that is related to animal and planetary abuse is inequality.  So I made economic justice the third plank.  More equal societies treat everyone better, including animals.

Specifically for Auckland, and more especially for the Papatoetoe local board that I also stood for, I campaigned for an immediate end to greyhound racing at the Manukau Sports Bowl.  Other policies were an end to lethal animal control, free public transport, extending the bicycle network, repurposing golf courses to support more biodiversity, greenery and use for all Aucklanders, and a living wage for all council staff, including contractors.

Do you think the time is right to have an animal rights party in New Zealand?

There is an Animal Justice Party in Australia with 2 seats at state level in Victoria, 2 in New South Wales, and 3 at local authority level.  In the Netherlands, the Party for the Animals has 6 seats in the House of Representatives, 3 in the senate, and one European Commission MP.  This shows that people are starting to see animal liberation as a political issue, and it is time animals had representation in New Zealand.

Do you see a vegan future for New Zealand?

It is often said that new ideas come in 4 stages.  To paraphrase; first they ignore you, then they laugh at you, then they fight you, then you win.  When I first became vegetarian in 1984, New Zealand society was at the second stage.  They are now fighting us, with draconian measures such as the AgGag laws, and with farmer backlash over any erosion of their hegemony.  I am confident this is the final step before we get to a vegan world.

What has to happen for it to come about?

For changes in ideas to occur, it usually requires the generation in power to retire or die.  This is starting to happen.  Younger and middle-aged people are starting to become vegetarian or vegan.  For many of these it may be for environmental and health reasons.  I wouldn’t disparage these people.  Once they no longer have any emotional investment in defending the animal industries, they are likely to be open to the animal liberation reasons to become vegan.

I have seen one fairly far-reaching social change since I was a kid.  People have been hitting children for thousands of years.  Augustine spoke out against the practice in the 6th century.  Yet this practice has gone from totally acceptable to illegal, to totally unthinkable, in my lifetime

A 9-year old I was teaching asked me how things were different when I was a child.  I told him teachers used to hit children.  He looked at me as though I was from another planet.

I didn’t really know.  “Er … they thought we could learn better if they hit us?” I guessed.

I wonder what he will say when his grandkids ask the same question.

“We used to eat animals”

“Er … we thought it would make us big and strong?”

‘We Should Stop Using Euphemisms For Animal Exploitation And Abuse’